Both congresswomen serve on the House Financial Services Committee and neither congresswoman responded to inquiries from FOX Business.

Most committee members appeared virtually during the "hybrid" markup session, but neither Ocasio-Cortex nor Maloney appeared to speak at all over the course of the eight-hour meeting.

A House GOP source told FOX Business that lawmakers and congressional aides on Tuesday morning were discussing the hypocrisy of the two women photographed at the elite New York City event, saying they were "missing work and taking advantage of the COVID protocols" allowing lawmakers to attend hearings virtually instead of in person.

BIDEN TAX PLAN CALCULATOR: HOW MUCH WOULD YOU PAY UNDER THE NEW PROPOSALS?

The source also called for an end to virtual congressional activity that became permissible during the COVID-19 pandemic, allowing lawmakers to attend meetings virtually in an effort to prevent the spread of the virus on Capitol Hill. 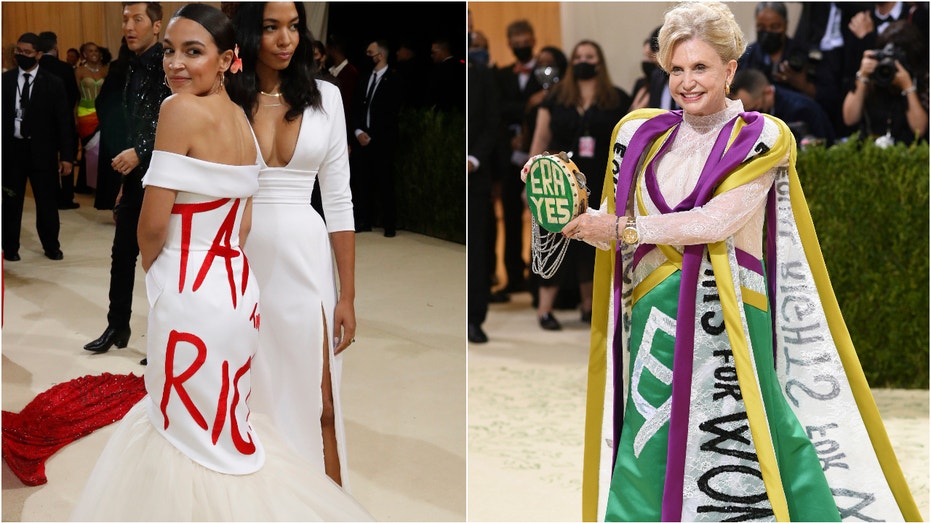 The $3.5 trillion measure is expected to include federally funded paid family leave, expand public education, establish community colleges and combat climate change. It would be paid for by a bevy of tax hikes on wealthy Americans and corporations, although lawmakers are still hashing out the specifics.

A self-described Democratic socialist, Ocasio-Cortez is one of the most prominent progressive voices in support of President Biden’s $3.5 trillion budget reconciliation package.

She has repeatedly called for increased taxes on the wealthiest Americans to pay for progressive policy initiatives, such as climate-friendly infrastructure and expanded access to free health care.

Ocasio-Cortez faced criticism for her dress design at the Met Gala, where individual tickets for the event cost guests $35,000, and tables started at $200,000, according to the New York Post.

Ocasio-Cortez said in a Monday Instagram post that her sustainable dress was created by Aurora James, a "Black woman immigrant designer," and that "NYC elected officials are regularly invited to and attend the Met due to our responsibilities in overseeing our city’s cultural institutions that serve the public."