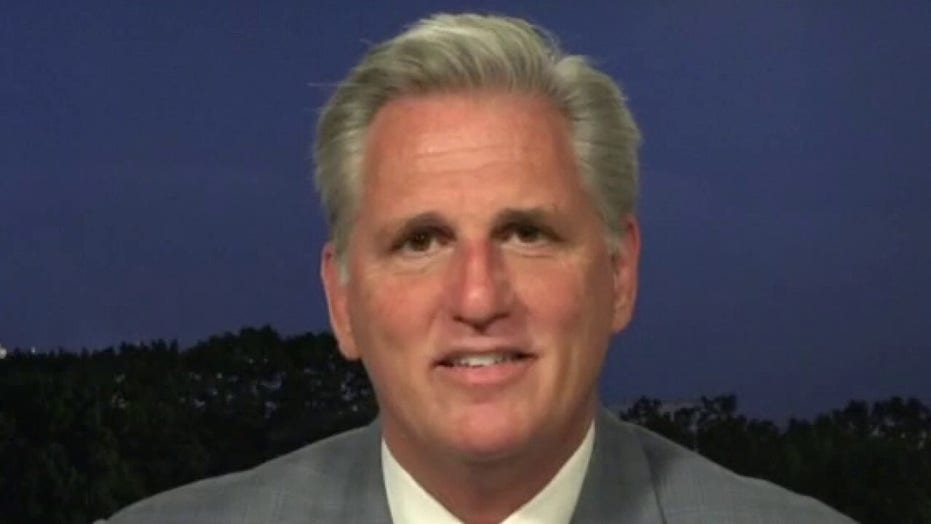 Democrats should be ’embarrassed’ of socialist ’embrace’: Rep. McCarthy

Rep. Kevin McCarthy, R-Ca., discusses the impact of the Democrats’ majority in the House under Speaker Nancy Pelosi.

Under House Speaker Nancy Pelosi, not many problems have been solved, McCarthy argued, and Democratic representation is dwindling.

“Do you know that there are fewer Democrats in the House since Nancy Pelosi held the gavel?” he asked. “We won every special election we played in, and that was in Democrats' seats that Democrats won by more than nine points. And it happened to be in California.”

“The real question is, what are the results of the Democrats?” he continued. “They should be embarrassed of how much they have embraced the socialists. Name me one problem this Democrat majority has solved. There isn't one.” 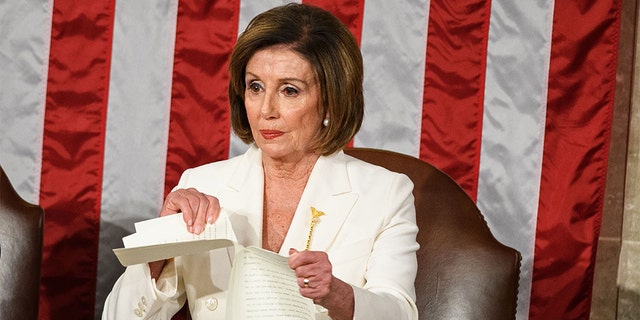 Speaker of the House of Representatives Nancy Pelosi rips a copy of President Donald Trump’s speech after he delivered the State of the Union address at the US Capitol in Washington, D.C., on Feb. 4, 2020. (Photo by MANDEL NGAN/AFP via Getty Images)

McCarthy argued that Republicans have been committed to America by growing the economy and adding jobs. On the other hand, he admitted he hasn’t had a “substantive” conversation with Pelosi in “more than a year.”

“Yesterday, we watched world peace happen for the Middle East on the steps inside the White House,” he said. “You know what Nancy Pelosi did? She turned down the invitation and she held votes in the floor of the House trying to make members not go there.”

According to a Politico report, McCarthy is being pressed to oust Pelosi from her seat, but he told Ingraham that he doesn’t think it’s the best tactic prior to the election.

“I think the best move is win 218 seats, and that defeats Nancy Pelosi,” he said. “But you know what else it defeats? [Jerry] Nadler. Maxine Waters. Adam Schiff and the others. That is our best play right now.”