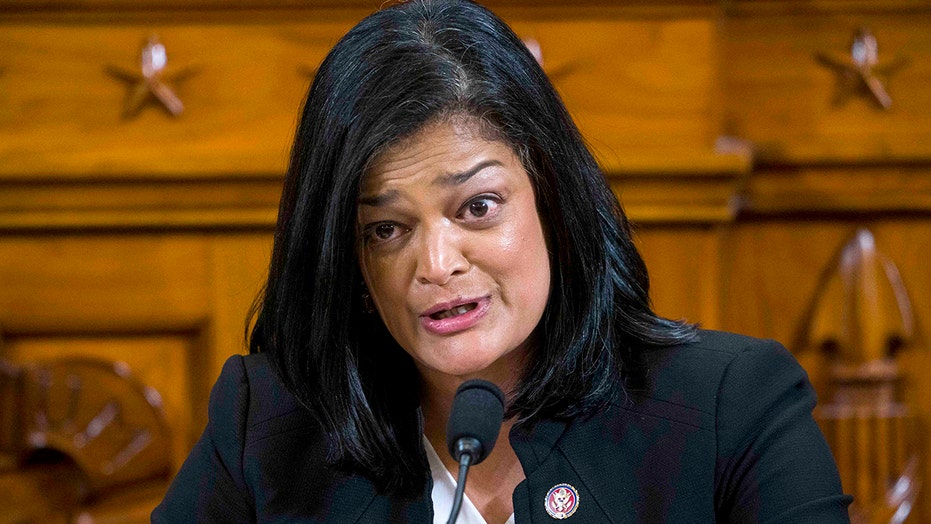 Rep. Pramila Jayapal, D-Wash., is urging Democrats to abandon hope of a bipartisan deal on infrastructure and instead push through an agreementl without GOP support.

Jayapal, chairwoman of the Congressional Progressive Caucus, said in a statement: “In case it wasn’t clear already, it certainly is now: Republicans are not going to do what needs to be done for working families.”

“We know Mitch ‘100% of my focus is on stopping this new administration’ won’t be coming around on a deal,” the Washington Democrat wrote in an earlier tweet. “Time to go big, bold, and alone.”

She urged Congress to “immediately begin working on budget resolutions to pass the American Jobs and Families Plan through reconciliation so we can deliver on our promises.”

Sen. Kristen Gillibrand, D-N.Y., also urged the Senate to take up the bill through reconciliation. “So that bill I hope we passed a reconciliation, so that it can be bold and responsive to meet the needs,” she said Wednesday.

The statement came shortly after President Biden walked away from a deal weeks in the making with Sen. Shelley Capito, R-W.Va. to come up with a deal both parties could agree on in lieu of his $2.25 trillion American Jobs Plan.

On Wednesday, 90 progressive advocacy groups wrote an open letter to Democrats demanding they move forward on passing Biden’s infrastructure agenda through reconciliation, a budget process that allows bills to pass with a simple majority rather than 60 votes.

Even if Democrats were to move forward with a one-party infrastructure proposal, they’d be caught on a snag with Sen. Joe Manchin, D-W.Va.

Asked Tuesday whether he supported using budget reconciliation to pass the package, Manchin said: “I’m not even close to the thought process on that. We’re just trying to find an infrastructure bill we can all agree on.”

The White House is now expected to turn to another group of moderate Democrats and Republicans Sens. Mitt Romney, R-Utah, Jon Tester, D-Mont., Bill Cassidy, R-La., Joe Manchin, D-W.Va., and Kyrsten Sinema, D-Ariz. But Romney has also said no bipartisan deal should include tax hikes and instead proposed increasing user fees and other initiatives to raise funds.