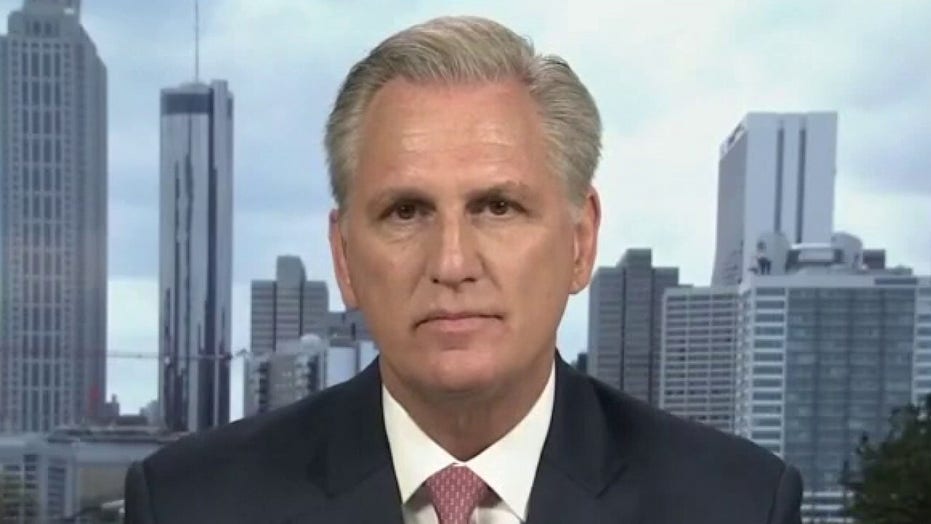 House Minority Leader Kevin McCarthy discusses the effect small businesses are feeling from the MLB All Star Game being moved out of Georgia.

Rep. Elise Stefanik, a rising star in the Republican Party, is making calls and building support among her colleagues to become the next House GOP conference chair, several sources have told Fox News.

Stefanik, 36, has emerged as a viable alternative for the No. 3 Republican leadership post should Rep. Liz Cheney, R-Wyo., get ousted by her colleagues as soon as next week.

Cheney survived a vote of no confidence in February following her support for the impeachment of former President Donald Trump for inciting the Jan. 6 Capitol riot. But since then, Republicans have raised more frustrations about Cheney over her ongoing disagreements with Trump and with GOP Leader Kevin McCarthy, R-Calif.

Cheney, 54, has stood by her impeachment vote regarding the Capitol riot and said she wouldn’t support Trump if he ran for president again in 2024.

Republicans are eyeing another vote on their conference chair after Congress returns to Washington, D.C., next week. What’s different about this potential vote is that there’s a formidable successor eying the job, according to one Republican.

“I suspect that within the next two weeks Elise Stefanik will be our conference chair,” Rep. Lance Gooden, R-Texas, told Fox News Tuesday. 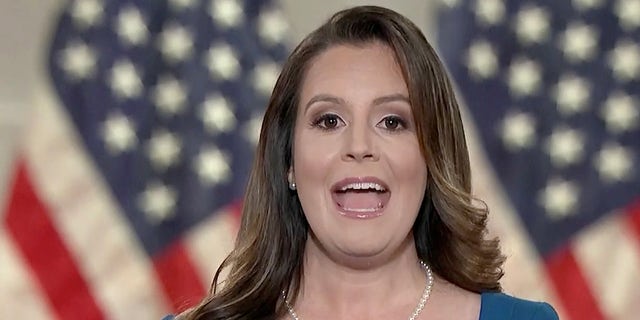 Rep. Elise Stefanik addresses the virtual RNC on Aug. 26, 2020. Stefanik was a staunch defender of former President Trump during impeachment. (Photo Courtesy of the Committee on Arrangements for the 2020 Republican National Committee via Getty Images)

Stefanik and her office did not immediately respond to Fox News’ request for comment.

But several Capitol Hill sources say she’s been calling her colleagues directly to shore up support.

“She’s been whipping votes in the event Liz is ousted,” one GOP member of Congress told Fox News.

The path for Stefanik got a little clearer when Rep. Jim Banks, R-Ind., said he wouldn’t be running for conference chair. Banks is chairman of the influential Republican Study Committee and has taken on a key role of conservative messaging against the Biden administration.

A spokesperson for Banks confirmed to Fox News that he would not be running to replace Cheney.

Stefanik, R-N-Y., was first elected to the House in 2014 and was the youngest woman ever elected to Congress at the time, then 30. Her record was broken in 2019 when a 29-year-old Rep. Alexandria Ocasio-Cortez, D-N.Y., entered Congress.

Since then, Stefanik rose through the ranks on the House Armed Services Committee and the House Intelligence Committee, where she was a staunch defender of Trump during his first impeachment regarding foreign interference in the 2020 presidential election. 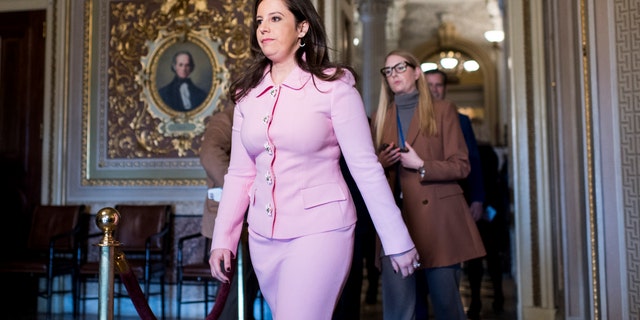 She’s worked hard to recruit, support and elect more Republican women to Congress through her fundraising committee known as E-PAC.

A source told Fox News that should Cheney be ousted, it’s natural that she is succeeded by a woman — and Stefanik is the best option. In addition to McCarthy, the other top House leadership post is held by Rep. Steve Scalise, R-La. 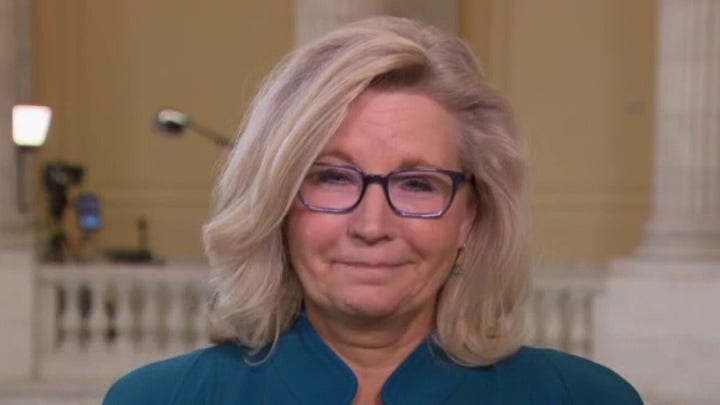 Stefanik has built up goodwill because she’s raised a lot of money for Republicans in the 2020 election cycle when the GOP upset many Democrats throughout the country and picked off 14 blue seats.

The new class of GOP freshmen includes a record-breaking number of women, who are inclined to support Stefanik because she helped them on the campaign trail, a source told Fox News.