U.S. Rep. Debbie Dingell, D-Mich., underwent emergency surgery in Washington, D.C., on Friday and was recovering, a spokesperson said, according to reports.

“The procedure was successful and she is recovering well. For the next few days she will be recovering at the hospital.”

The congresswoman opted for over-the-counter non-steroidal anti-inflammatory drugs (NSAIDs) over opioids last year after getting jaw surgery, Smith added, saying she wants to be a “cautionary tale that NSAIDs can be harmful,” FOX 2 reported. 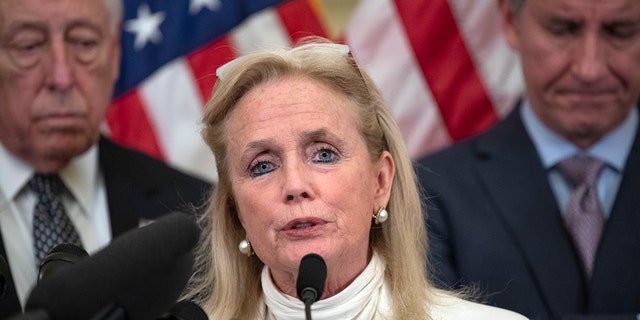 Dingell had a stomachache on Thursday that got progressively worse through Friday, the Detroit Free Press reported, adding she will likely be recovering at the hospital for five to seven days.

A perforated ulcer happens when an ulcer burns through the wall of the stomach or intestine. It can cause nausea, severe stomach pain and bloating and should be treated by a doctor immediately, according to Fairview Health Services in Minnesota.

“I may actually have to give up junk food and Diet Coke,” Dingell, who remained in good spirits, told the Free Press.

Dingell has served in Congress since 2015 after winning her husband, John Dingell’s open seat in 2014. John Dingell was the longest-serving member of Congress when he retired in 2014. He died in 2019.