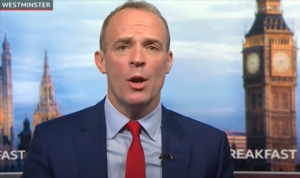 Mr Raab discussed the ongoing rail strikes which have been disrupting travel around the country this week. The Deputy Prime Minister went on to argue that if the RMT Union’s demands of a 7 percent pay rise were met, it would have a knock-on effect by hurting the lowest paid worker in the UK. The British economy is currently facing peak inflation of 9.1 percent, the highest rate in 40 years, and it has been causing the cost of living crisis to worsen. Mr Raab discussed a way to tackle the crisis by offering support packages from the Government for those most in need.

Mr Raab told BBC Breakfast: “No, one of the things that will drive up inflation and keep it higher for longer and it is forecast to come back down next year is that if we don’t have some wage restraint.

“Because I understand why unions feel they should fight their worker’s corner, the risk is, for example, we see RMT succeed in their claim for a 7 percent increase in rail worker’s pay, rather than the 3 percent offered by Network Rail, that will keep inflation or that will stimulate the pressures on inflation.

“Which will keep it higher for longer, and that will only hurt the lowest paid and the most vulnerable in our communities more.

“So we do need to do those two things, a support package for the most vulnerable, but make sure we don’t fuel a vicious cycle in inflation.” 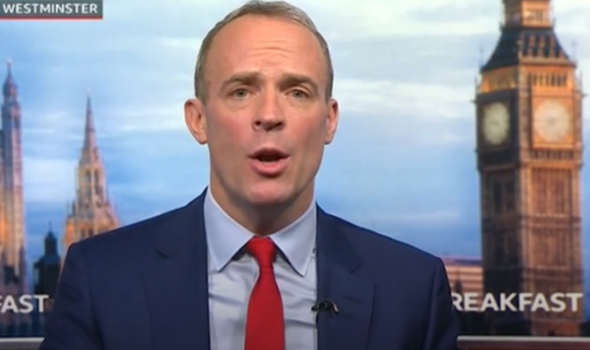 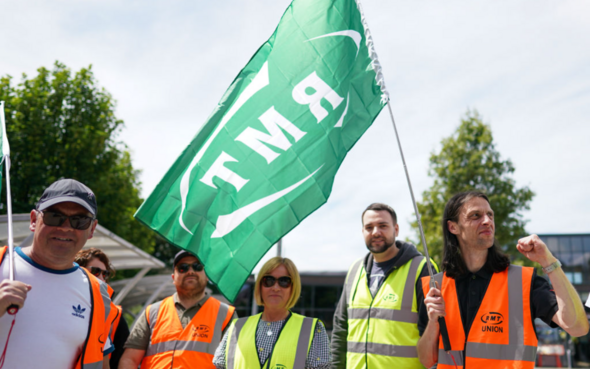 Mr Raab shared a similar sentiment as other Conservative ministers who have been unwilling to accept RMT union boss Mick Lynch’s demands.

The fear is also that other trade unions in the UK will start to demand similar increases to pay through disruptive means of protest.

RMT union boss Mick Lynch has been calling for a meeting with Secretary of Transport Grant Shapps, but his calls have been falling on deaf ears as no meeting has been agreed to.

Many workers in the UK are seeking a pay rise due to the ongoing cost of living crisis in the UK which has seen the cost of living increase but wages stay the same, so more people are feeling the pinch more than ever.

Energy bills and fuel prices have risen dramatically over the past six months and so has the price of food, making it harder for ordinary Britons to afford their usual necessities.

Calls for the Government to do more have been coming in and Prime Minister Boris Johnson has claimed to be trying to tackle the issue.

Mr Johnson told the Cabinet on Tuesday: “It is right that we reward our hard-working public sector workers with a pay rise, but this needs to be proportionate and balanced.

“Sustained higher levels of inflation would have a far bigger impact on people’s pay packets, in the long run, destroying savings and extending the difficulties we’re facing for longer.” 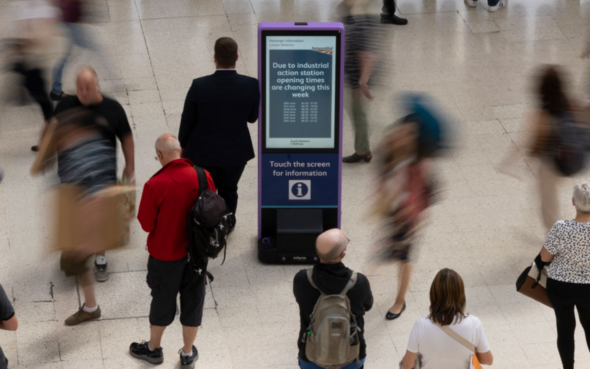 Mr Shapps told LBC radio: “We are going to change the law to ensure there can be much more flexibility, the law which is sometimes referred to as agency is actually more about transferability.

“That sort of modernisation can be achieved, if we can’t get it by agreement with the unions, by changing the law.

“And we will change the law in rapid order in the next month or two to ensure that transferable skills are allowed.”

Lates News:
2022-06-22
Previous Post: Bitcoin Dropped Below 2017 All-Time-High but Could Sellers be Getting Exhausted?
Next Post: Girls swim Channel to fund school places for Ukrainian refugees