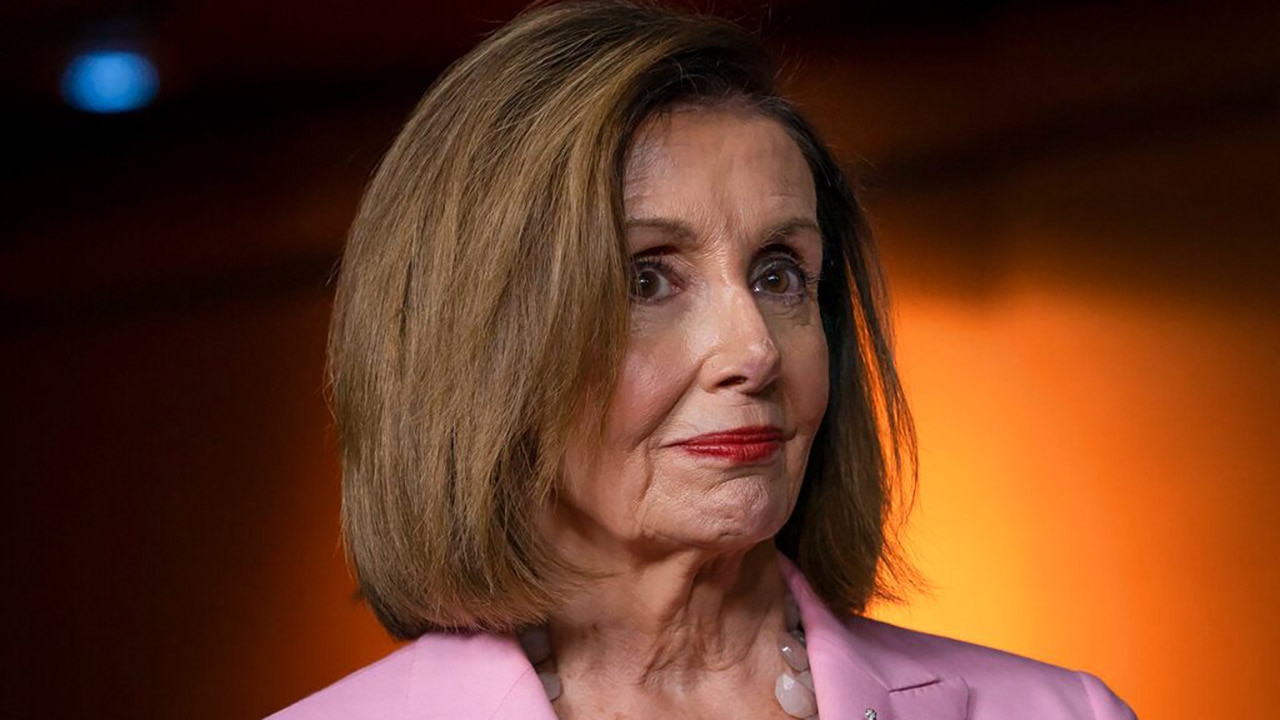 House Speaker Nancy Pelosi’s office fired back at House Republicans on Monday who demanded answers regarding security decisions leading up to and on the day of the Capitol riot last month, saying they are “clearly” trying to “deflect responsibility for the Capitol attack from Donald Trump.”

But Pelosi’s deputy chief of staff, Drew Hammill, told Fox News that the speaker “has and will continue to take action to ensure accountability and enhance the security of the Capitol.”

“Two of the four House Republican ranking members voted to overturn the results of a fair election, just hours after the Capitol was sacked by an insurrectionist, right-wing mob – a mob incited by Trump,” Hammill said. “A full 65% of House Republicans joined them in voting to undermine our democracy.  All four ranking members also voted against holding Donald Trump accountable for inciting the mob.”

Hammill added: “Clearly, the security of our Capitol and democracy are not the priorities of these ranking members.”

The Republicans, in their letter to Pelosi Monday morning, questioned: “When then-Chief Sund made a request for National Guard support on Jan. 4, why was that request denied? Did Sergeant-at-Arms Paul Irving get permission or instruction from your staff on Jan. 4 prior to denying Chief Sund’s request for the National Guard?”

Davis, Jordan, Comer and Nunes pointed to claims made by former Capitol Police Chief Steve Sund, that he, on Jan. 4, approached the sergeant-at-arms to request the assistance of the National Guard. Sund, in a letter to Pelosi last month, said Irving replied that he was concerned about “the optics” and didn’t feel the “intelligence supported it.”

“As you are aware, the speaker of the House is not only the leader of the majority party, but also has enormous institutional responsibilities,” they wrote. “The speaker is responsible for all operational decisions made within the House.”

“It is the job of the Capitol Police Board, on which these three individuals sat, to properly plan and prepare for security threats facing the U.S. Capitol,” Hammill said. “It has been reported that the House Sergeant-at-Arms Paul Irving has said that he did not present to House leadership any request for the National Guard before Jan. 6.”

Hammill noted that the committees of jurisdiction were briefed “in advance of Jan. 6 about security preparedness.”

JASON CHAFFETZ: SPEAKER PELOSI, WHEN WILL YOU ANSWER THESE 13 SECURITY QUESTIONS?

“During a briefing of the Appropriations Committee Majority on Jan. 5 by the House Sergeant at Arms Paul Irving and U.S. Capitol Police Chief Sund both Chief Sund and Mr. Irving provided assurances that the Capitol Complex had comprehensive security and there was no intelligence that groups would become violent at the Capitol during the certification of electoral votes,” Hammill explained. “It is our understanding that ranking member Davis was also briefed, but took no action to address any security concerns that he might have had.”

A spokesperson for Davis did not immediately respond to Fox News’ request for comment.

“Following the insurrection, the speaker immediately tasked Gen. Honoré with leading an immediate security review of the U.S. Capitol Complex and has called for a 9/11-style Commission to investigate, with legislation creating such a panel to be introduced in the coming days,” Hammill said. “The USCP is also conducting an internal security review.”

Pelosi, last month, appointed retired Gen. Russel Honoré to lead a security review of the events at the Capitol amid calls from members on both sides of the aisle, in both chambers of Congress, to conduct a review.

Republicans took issue with Pelosi’s appointment, saying it was done “without consultation of the minority.”

But again, Hammill fired back, calling Republicans’ demands a “transparently partisan attempt to lay blame on the speaker, who was a target of assassination during the insurrection fueled by the lies of House Republicans,” and said that “the ranking members are trying to absolve former Police Chief Sund, former Sergeant-at-Arms Stenger and the leader who appointed him, Mitch McConnell, of any responsibility.”

Hammill also added that Pelosi “knows all too well the importance of security at the Capitol and is focused on getting to the bottom of all issues facing the Capitol Complex and the events that led up to the insurrection.”

He added: “Clearly, these Republican ranking members do not share this priority.”

Capitol Police have been under heightened scrutiny amid the siege of the Capitol on Jan. 6 during a joint session of Congress to certify the Electoral College results in favor of President Joe Biden.

But Pelosi last week said she would introduce a resolution to give the Congressional Gold Medal – the highest honor Congress can bestow – to the U.S. Capitol Police officers and other law enforcement personnel who protected the Capitol during the riot.

“They are martyrs for our democracy, those who lost their lives,” Pelosi said during her weekly press conference.

Five people died when a mob of Trump supporters stormed the Capitol on Jan. 6, including U.S. Capitol Police Officer Brian Sicknick, 42. Two other officers died by suicide in the week after the siege.

“The service of the Capitol Police force that day brings honor to our democracy. Their accepting this reward brings luster to this medal,” the California Democrat said. “We must always remember their sacrifice and stay vigilant against what I said before, about what Abraham Lincoln said: the silent artillery of time. We will never forget.”

Former President Donald Trump was impeached by the House, for the second time, on Jan. 13 for inciting insurrection on Jan. 6.The former president was acquitted by the Senate over the weekend.