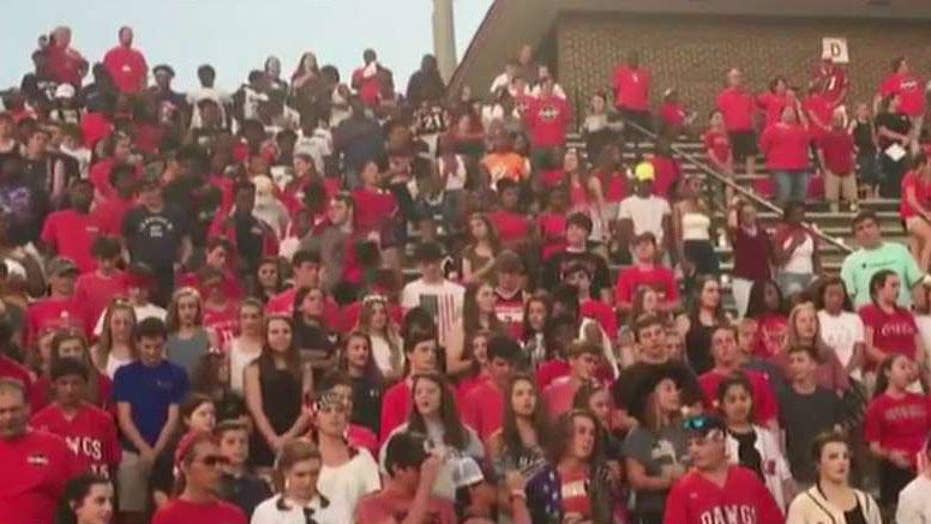 Jeremy Dys weighs in on prayer in schools.

Imagine you’re a struggling high school student. Maybe your parents have recently divorced or a love interest has just broken your heart. Worse yet, someone you care about has been given a terminal diagnosis.

You’re flailing in the classroom, desperate to find your place on campus.

There are hundreds of kids around you, but somehow you feel all alone.

It’s between classes and you’re walking past a row of metal lockers, each one just the same as the next. Your head is down and so are your spirits.

But then you suddenly see a sign – literally and figuratively – on one of the locker doors.

The white paper says “prayer locker” and invites you to anonymously and confidentially submit prayer requests on slips of paper. No questions will be asked and every petition is promised to be prayed for.

This exact scenario has been playing out in Pike County Schools in eastern Kentucky. Nobody seems to know how it began, though some suspect it was first organized by a teacher. What started in one school spread to others in the district.

"It's really helped a lot of people throughout the year get through stuff, get their thoughts out," said East Ridge High School sophomore Joseph Slone. "A lot of people that I know, they have troubles. They have family troubles; struggles that they need to get through."

Those troubles were being praying for until the Americans United for Separation of Church and State stepped in, claiming the “prayer locker” somehow violated the First Amendment.

Radical groups including Americans United for Separation of Church and State and the Freedom from Religion Foundation have perfected the art of bullying by trading in specious arguments revolving around the legality of faith expression in public places like schools and other government institutions.

They use the threat of a lawsuit and court like a club. Rather than fight it, many groups buckle to the leftist bullies.

Lost in the debate is good old common sense, something that seems to be in increasingly short supply these days.

Suggesting that the procurement of an unused locker for the collection of prayer requests somehow constitutes the endorsement of a state-sponsored religion is absurdity to the extreme.

We’re not talking about mandatory, formal, school-led prayer over a loudspeaker. We’re talking about taking anonymous prayer requests on small slips of paper. Participate or not. It’s the student’s choice.

At a time when violence in schools is growing and children find themselves navigating a myriad of complex personal problems, prayer is a powerful mechanism that not only brings comfort and help to those who request it – prayer also profoundly changes those who pray.

“God shapes the world by prayer,” wrote the late Mother Teresa. “The more praying there is in the world the better the world will be, the mightier the forces against evil.”

A friend of mine recently observed, “As the mother of a teen, I know that kids in school could use a prayer – or two.”

I’ve always been perplexed by the energy behind the agitators who want to curtail a person’s freedom of private religious expression, especially their right to pray silently. In many ways, I feel sorry for them because it’s obvious they’ve never been warmed or overwhelmed by the power of answered prayer.

Why would any reasonable person want to withhold that blessing from someone else, especially vulnerable young people?

If you’re struggling today, and you’re a person of faith, I would encourage you to bring your concerns directly to God. Don’t worry about your choice of words. Talk to Him like a child talks to a parent.

But petitionary prayer, which is at the center of the locker controversy, is a wonderful magnifier and a multiplier. So go ahead and don’t be shy about asking others to pray for you. Many would consider it a privilege, including me.

Pray to be blessed. Pray to be a blessing. If you ask me, that’s a winning combination.