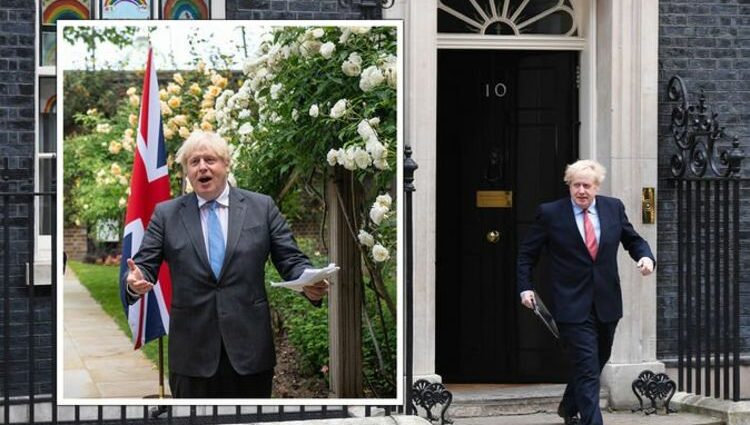 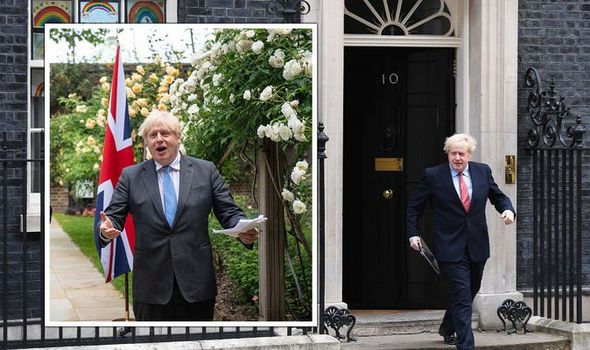 A leaked email revealed that employees were encouraged to “make the most of the lovely weather” at the boozy bash.

The gathering is said to have taken place on May 20, 2020, when the rest of the country was banned from meeting more than one other person outdoors.

In it, Mr Reynolds – a senior No.10 civil servant who has run Boris Johnson’s private office since October 2019 – says: “Hi all,

“After what has been an incredibly busy period it would be nice to make the most of the lovely weather and have some socially distanced drinks in the No10 garden this evening.

“Please join us from 6pm and bring your own booze!”

Around 40 staff, including the Prime Minister and his wife Carrie Johnson, are understood to have gathered in the garden that evening, eating picnic food and drinking.

The May 20 party was first alluded to in a blog by the Prime Minister’s former advisor Dominic Cummings on Friday.

The email follows allegations about staff gathering in the garden on a separate occasion on May 15, with a photograph emerging of Mr Johnson and his wife sitting with No.10 staff including Mr Reynolds on the terrace with a bottle of wine and cheese.

Downing Street has previously insisted that the photograph showed a work meeting.

But the email about the drinks party on May 20 makes it clear that this was a social gathering, which is far harder to explain away.

Less than an hour before the drinks, the then Culture Secretary Oliver Dowden had reminded the rest of England at the daily press conference that they must only meet in pairs outdoors.

On the 20th May he said: “You can meet one person outside of your household in an outdoor, public place provided that you stay two metres apart”.

What is happening where you live? Find out by adding your postcode or visit InYourArea

The latest revelations have led to fresh calls for the Prime Minister to be questioned as part of the internal inquiry into a series of parties in Downing Street.

The cabinet office inquiry into the allegations is currently being carried out by senior civil servant Sue Gray, who took over from the Cabinet Secretary Simon Case due to allegations that he knew of at least one party himself.

The drinks party on May 20 will form part of the ongoing investigations, with the inquiry due to report back this month.

When Mr Johnson was asked yesterday (Mon) if he and his wife attended the party on May 20, he replied: “All that, as you know, is the subject of a proper investigation by Sue Gray.”

Labour leader Sir Keir Starmer said the Prime Minister would have “very serious questions to answer” if Ms Gray found he had attended one of the parties under investigation.

The party’s deputy leader Angela Rayner said: “Boris Johnson has consistently shown that he has no regard for the rules he puts in place for the rest of us.

“He is trying to get officials to take the fall for his own mistakes, but he sets the tone for the way Downing Street and the rest of government operates.

“At the time this party took place, key workers on the frontline were working round the clock to keep us all safe, people suffered loneliness and loss in unimaginably tough circumstances and for the majority of the country our freedom was limited to a daily walk.”

Lates News:
2022-01-10
Previous Post: This Billionaire Just Put Half Of His Entire Net Worth In Bitcoin, Justifies Position With Compelling Reasons
Next Post: Channel migrant row explodes as France to push for EU-wide UK treaty over crossings