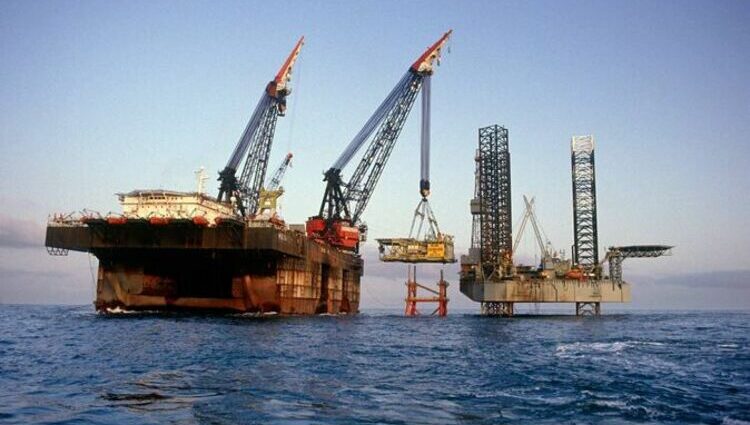 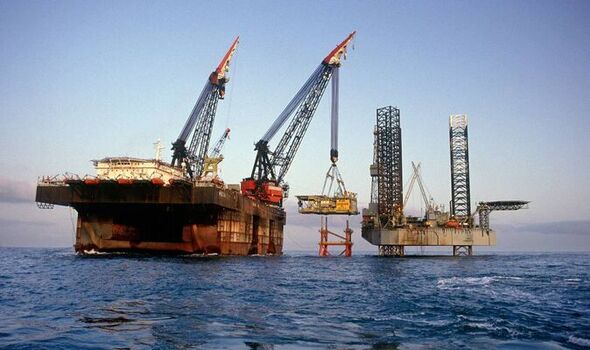 Kwasi Kwarteng said “fringe eco groups” wanting an end to home oil and gas production “have absolutely zero idea what they’re talking about”. He added Britain needs to be realistic about energy needs.

His view was supported by a poll from London market researchers Redfield & Wilton Strategies, which found 52 per cent of people back “maximising” fossil fuels until the UK is powered by renewables.

Writing in the Sunday Express, Mr Kwarteng said: “Switching off our North Sea – like some fringe eco groups are calling for – simply increases foreign imports. Shutting down this vital British industry doesn’t reduce demand, and we’ll need oil and gas for decades.”

Putin, he said: “We need to harness our own rich wealth of natural resources, to protect ourselves from his malign influence.”

The Government has unveiled an energy strategy with ambitions for up to eight more nuclear reactors and extra offshore wind farms – but the pressure is on to cut bills now.

There is deep unease in Tory circles on how living costs may affect the party at the next election.

One backbencher described UK energy policy as “50 years of failure.We’ve closed all our pits.We’re reluctant to get gas and oil out of the North Sea…then we’re scratching our heads wondering why are our gas bills are so expensive.

“Come the next election, if people feel worse off than they did in 2019 then they will look to punish us. It’s as simple as that.”

Hardships facing families may be fuelling pessimism about the life chances of younger generations.

The poll also asked if “children of today live in a better United Kingdom with a more optimistic future than the one their parents grew up in”. Nearly two thirds of respondents (63 per cent) said no.

He said: “All taxation on domestic energy, VAT and environmental levies should be slashed – which would give up to 15 per cent relief on energy bills. Fast-track licences for domestic oil and gas , onshore and offshore, should be immediately implemented.”

Richard Tice, leader of Brexit Party successor Reform UK, said he expects an “energy equivalent of the furlough scheme” will be used to heavily subsidise the bills of “millions and millions of people”.

He wants VAT on energy bills and “environmental levies ” axed.

An open letter signed by figures including Wetherspoons chairman Tim Martin, consumer goods entrepreneur John Mills, ex-Chambers of Commerce boss John Longworth and economist Roger Bootle says: “If we were to release just 10 per cent of British natural shale gas the UK would be self-sufficient in energy for the next 30 years .

“This would ease the burden on families and businesses.”

But Friends of the Earth policy chief Mike Childs warned against exploiting more fossil fuels. He said: “Gas is now six times more expensive than onshore wind and solar energy, so it makes sense to boost investment in renewables.

“Many new oil and gas fields, like those in the North Sea, take decades to start contributing to our energy supply. There are more than 600 renewable energy projects that already have planning permission..so ramping up capacity here would be far quicker.

“Clean energy promises the fastest route to lower bills. Fracking will hardly bring down soaring bills, as ministers and energy companies have admitted.

“UK-produced gas will be sold within the global market.”

The Treasury said its Energy Security Strategy “will reduce our exposure to volatile international prices, increase self-reliance and help us drive down the cost of energy bills in the long term”.

While a Government spokesman added: “Unless the latest scientific evidence shows that shale gas extraction is safe, sustainable and of minimal disturbance to those living and working nearby, the pause in England will remain in place.”

Producing our own energy will protect us into the future

Vladimir Putin may be able to manipulate the price of oil and gas. But he can’t touch energy produced by the sun that warms our green and pleasant land, the wind that blasts across our shores, or a new nuclear power plant.

For 10 years, we’ve been increasing the amount of clean energy generated in the UK, while costs have tumbled.

But with record gas prices driven by surging demand as the world bounces back from Covid – exacerbated by the war in Ukraine – it’s clear we need to accelerate cheap renewables.

The British Energy Security Strategy, which I published last week alongside the Prime Minister, sets out our long-term plan to take back control of our energy independence.

We’re going to ramp up cheap renewables that have collapsed in price, bet big on new nuclear, while maximising domestic production of gas in the North Sea.

But there will be days when the sun isn’t shining or wind isn’t blowing – so we need a reliable baseload to underpin this.

After 30 years of neglect, we’re powering ahead with nuclear – both large-scale and innovative small modular reactors.

To meet our new 24GW target for 2050, we’re going to progress to eight more reactors.

Through a new body, Great British Nuclear, we are going to identify sites and accelerate delivery.

And thanks to our recently passed Nuclear Act, we are going to establish a funding model to reduce our reliance on foreign developers for finance. All while cutting the cost of each large-scale station by £30billion over its lifetime.

Large-scale nuclear is not a quick fix but a vital, long-term investment in our future.

So while we’re accelerating nuclear and renewables, we are also realistic about our current energy needs.

Those calling for an immediate end to domestic oil and gas production have zero idea what they’re talking about.

Switching off our North Sea, as some fringe eco groups are demanding, simply increases foreign imports.

Shutting down this vital British industry doesn’t reduce demand and we’ll need oil and gas for decades to come.

So we are launching another oil and gas licensing round to protect British jobs and security of supply. More UK gas production won’t lower the price anytime soon but I’d much rather we source more of our gas domestically, which has a lower carbon footprint, than importing from abroad.

But I also want to be frank with people: this is our long-term plan to boost energy security. Nuclear power stations take a decade to build.Thousands of wind farms in the North Sea won’t happen next week.

However, there is immediate support on its way.This month the Chancellor’s £150 council tax rebate will start hitting bank accounts, with a further £200 towards energy bills to come later this year – as part of his £9.1billion package of support.

And our energy price cap – though higher now – is still insulating consumers from even higher global gas prices.

Our plan will supercharge clean and cheap energy, while supporting the production of domestic oil and gas.This will protect our national security, create jobs in new industries, and drive down bills.

Putin is exploiting his country’s natural resources to manipulate other nations.We need to harness our own rich wealth of natural resources to protect ourselves from his malign influence. Switching to cheap, domestically generated power is a win-win for everyone – apart from Putin who wants theWest hooked up to a gas market that he controls.