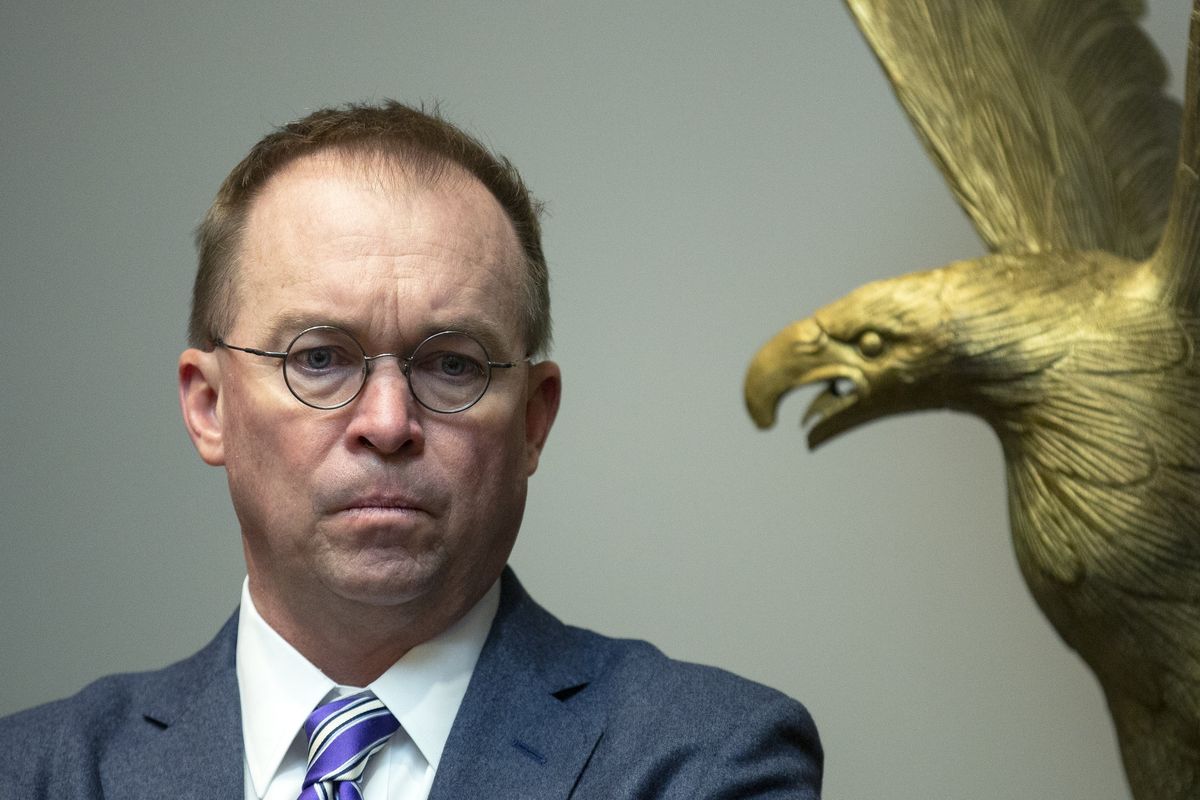 Donald Trump’s former chief of staff, Mick Mulvaney, said the president’s incitement of Wednesday’s assault on the U.S. Capitol now stains his legacy, and people who worked for him aren’t sure it was worth it.

“The level of embarrassment and shame is hard to describe,” Mulvaney told Bloomberg Radio on Thursday after resigning in protest as Trump’s envoy to Northern Ireland. Transportation Secretary Elaine Chao and several other White House officials have also stepped down in the aftermath of the mob storming the U.S. Capitol.

“It’s a way to express our disappointment, our objection, a way to say look, we don’t want to be associated with this, we don’t approve of this,” he said. “We wish the president had been much more vigorous in his opposition to it yesterday, but he wasn’t, and we can’t stand for that.”

At a rally outside the White House Wednesday morning, Trump urged thousands of his supporters to march on the Capitol to protest congressional certification of his re-election defeat. But once there, the crowd turned violent, pushing past police barricades and forcibly entering the building, disrupting the count of Electoral College votes and vandalizing offices after lawmakers fled.

Mulvaney said Trump “bears some” responsibility for the chaos, along with the rioters. “There’s plenty of it to go around,” he said, adding that he hopes the people who invaded the Capitol are prosecuted for sedition.

Longtime critics of the president have rolled their eyes at the resignations, days before Trump leaves office, noting that officials like Mulvaney stood by Trump after previous episodes that drew broad condemnation. And Mulvaney published an op-ed in the Wall Street Journal on Nov. 7 with the headline, “If He Loses, Trump Will Concede Gracefully.” Trump has refused to concede defeat by President-elect Joe Biden.

But Mulvaney said the U.S. Capitol incident has finally weakened the president’s grip on the Republican Party. After rioters were removed from the Capitol and Congress returned, several Senate Republicans abandoned planned challenges to the Electoral College vote count.

“While it may have been the party of Donald Trump yesterday at 12:30, I think a lot of folks looked that party over at 1 o’clock and said thanks but no thanks,” Mulvaney said. “And I think it’s probably the end of the Trump party as of yesterday.”

He said he believes Trump changed since Mulvaney was his chief of staff and especially since losing re-election. Mulvaney left the White House in March.

“The president that I worked for would not have done this. It’s not the same,” he said.

The assault on the Capitol “brings a pall over the whole four years,” which he said otherwise relied on policies he hopes Republicans advance. “We just have to find someone else to lead us in government to implement those policies,” he said.

Staff who would otherwise have been proud of the administration’s record on job creation and tax cuts now must measure those accomplishments against an insurrection.

“There’s just a lot of us scratching our heads as to whether or not it was worth it. I think that it was, I think we helped a lot of people in the country,” Mulvaney said.