Dave Rubin on Thanksgiving amid coronavirus: I am more on the freedom side of this

‘The Rubin Report’ host tells ‘America’s Newsroom’ Americans should be allowed to do what they ‘think is right’ regarding Thanksgiving amid the pandemic.

The Minnesota Department of Health on Wednesday recorded 4,740 confirmed COVID-19 cases and nearly 70 deaths, the majority of which were recorded in long-term care of assisted living facilities — a new record for the state.

The governor will allow bars and restaurants to continue with takeout service, The Star Tribune reported, and a formal announcement will come Wednesday evening.

REINSTATED CORONAVIRUS RESTRICTIONS BY STATE: WHAT TO KNOW

"The numbers right now are horrific," Walz said during a Tuesday press briefing. "I don’t want to lose humanity that is in middle of this … as we think about Thanksgiving and gathering, it’s really critically important to think about Minnesotans." 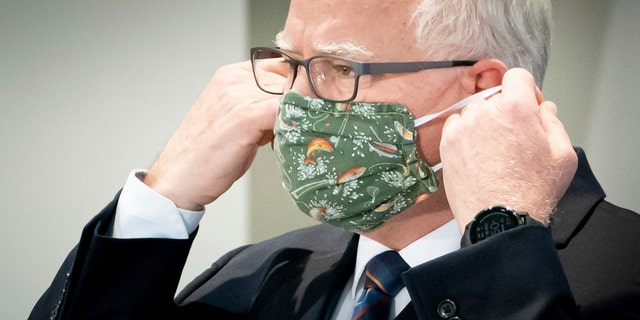 He added later: "The cases we’re seeing are the highest that have ever been seen, so the idea that everything will go on the same – I just simply and don’t know what more we can do."

Walz extended the state's COVID-19 peacetime emergency last week, and he's urging people to stay home for Thanksgiving, along with other state health officials. He said more restrictions will likely be announced this week, including possible changes to youth winter sports, and he urged Minnesotans to stop politicizing the pandemic and listen to health officials.

A number of COVID-19 survivors and Minnesotans related to survivors shared their stories with Walz on Tuesday, including a father who spent time in the ICU and the mother of a17-year-old girl who almost lost her life to COVID-19 and may not be able to play sports again.

Health Commissioner Jan Malcom said activities that were deemed relatively safe a month or two weeks ago are now significantly riskier due to the dramatic increases in cases and hospitalizations. That includes small Thanksgiving gatherings — which she said should be reconsidered. 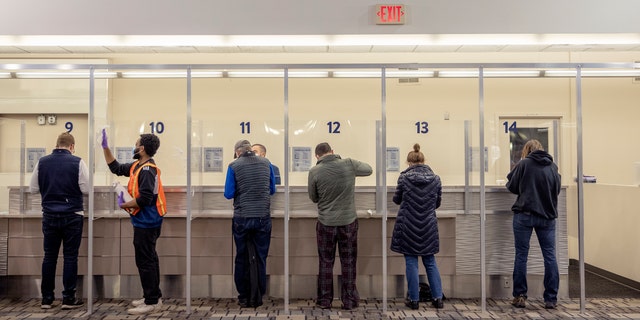 Republican state Rep. Nick Zerwaz joined Walz in voicing his concerns about the spread of COVID-19 during the holidays, saying he planned his own trip to visit family in South Dakota to care for his family.

"I urge all families to take care of themselves and their loved ones," he said during the briefing.

START YOUR THANKSGIVING QUARANTINE IF YOU PLAN TO VISIT FAMILY

The dire warnings come a day after Minnesota Republican Senate Majority Leader Paul Gazelka announced he had tested positive for COVID-19 amid reports that the GOP held in-person meetings and a dinner party Nov. 5 that drew more than 100 attendees.

Republican senators and staffers were told last Tuesday that some Republican state senators were diagnosed with COVID-19, but the memo wasn’t shared with state Senate Democrats in advance of a special session last week.

The situation led state Senate Minority Leader Susan Kent to call on Gazelka to resign from his leadership post. Kent said the Republican caucus has "engaged in high-risk behaviors" under Gazelka’s leadership and members have "made excuses instead of being accountable."