Jenna Ellis, a senior legal adviser to the Trump 2020 campaign, told "Fox News @ Night" on Tuesday that the two Republicans on Michigan's Wayne County Board of Canvassers involved in a brief deadlock in the county's election certification process faced threats and allegations of racism before they agreed to certify the ballots.

Their decision to side with their Democrat colleagues was dramatic and viewed by conservatives on social media as a capitulation after a brutal, two-hour public pressure campaign.

Ellis told Shannon Bream, the host of the show, that she received reports that these two board members correctly spotted discrepancies and she said the ballot counts in 71% of the county's precincts do not match voter rolls.

“That’s significant,” she said. “That doesn’t matter if you’re a Democrat or a Republican. You should be concerned about it.”

Kayleigh McEnany, Trump’s White House press secretary, announced earlier on Twitter that there were 234 pages of sworn affidavits that raised allegations of fraud in the county.

William Hartmann and Monica Palmer, the canvassers, had been praised by fellow Republicans.

John James, the Republican Senate candidate from the state, who is Black, said he applauded them for their bravery in the face of unbelievable pressure to ignore inconvenient truths that threaten our democracy.

Laura Cox, the Michigan Republican Party’s chairwoman, also said in a statement that there appeared to be “enough evidence of irregularities and potential voter fraud” that was uncovered, the Detroit Free Press reported.

The deadlock even caught the attention of President Trump who tweeted, “Wow! Michigan just refused to certify the election results! Having courage is a beautiful thing. The USA stands proud!”

Critics said that the decision not to certify these votes was a direct affront on minority communities.

Ned Staebler, the chief executive of TechTown who, according to the New York Times, is a poll challenger at the T.C.F Center in the city, said in a viral Zoom meeting, “The Trump stain, the stain of racism that you, William Hartman and Monica Palmer, have covered yourself in, is going to follow you throughout history.” 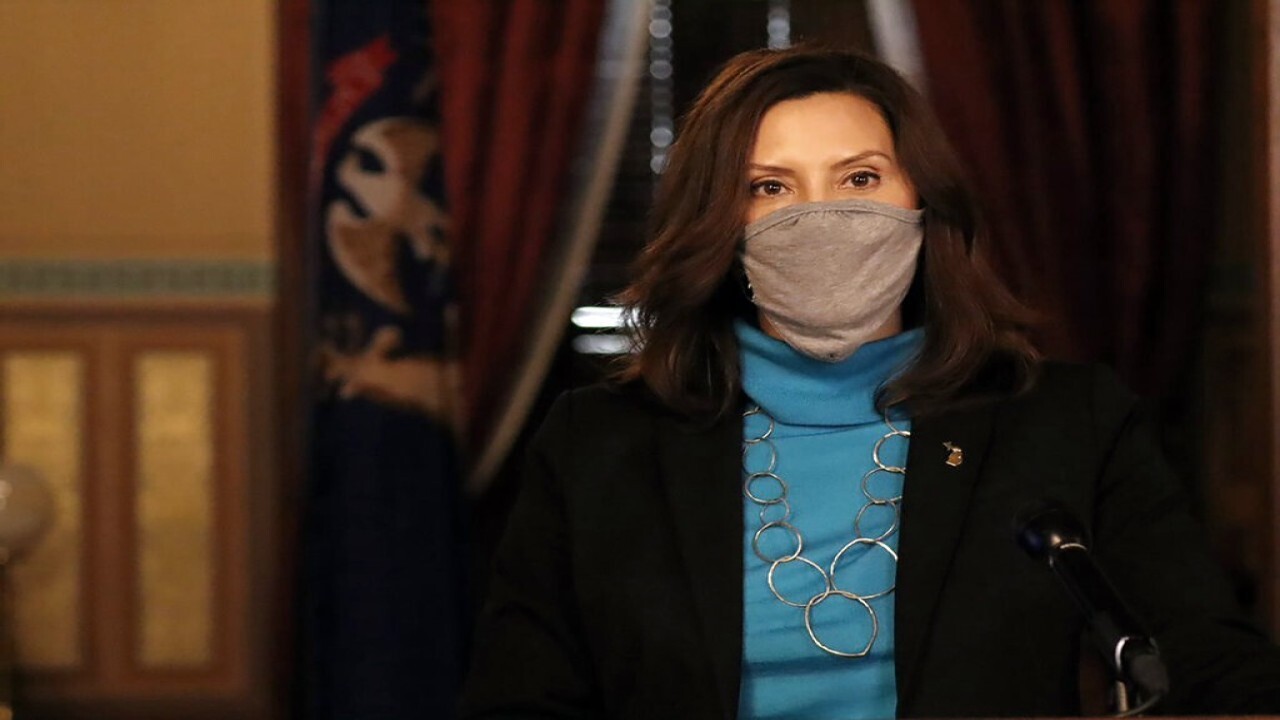 He said the two would “forever be known in southeastern Michigan as two racists who did something so unprecedented that they disenfranchised hundreds of thousands of Black voters in the city of Detroit.”

Gov. Gretchen Whitmer, the state’s Democrat, said in an earlier statement, “In refusing to approve the results of the election in Wayne County, the two Republican members of the Wayne County Board of Canvassers have placed partisan politics above their legal duty to certify the election results.”

Rep. Rashida Tlaib, D-Mich., took to Twitter to blame the canvassers of putting “politics about their duty to our residents.”

“Suggesting that all of Wanye County can be certified, EXCEPT for Detroit, is horrifyingly racist and a subversion of our democracy," Tlaib added.

She praised the residents in the county after the decision to certify was announced.

Palmer said poll books in certain precincts in Detroit — a majority-Black city — were out of balance. Jonathan Kinloch, a Democrat on the panel, said the discrepancies were the result of “human error,” and called it “reckless and irresponsible” to not certify the results.

Hartmann said after the meeting that the intense criticism didn’t cause him to change his vote. He said he acted because the board had agreed to ask the secretary of state to investigate Detroit’s election results.

As part of the agreement, the board asked Michigan Secretary of State Jocelyn Benson to audit the election process and pursue reforms to prevent discrepancies in the future, reports said.

Ellis said it is “absolutely mob rule at this point.”

“The president is right that these people need to have courage,” she said. She said the state should not certify anything until “we get to the bottom of this systematic and pervasive fraud.”