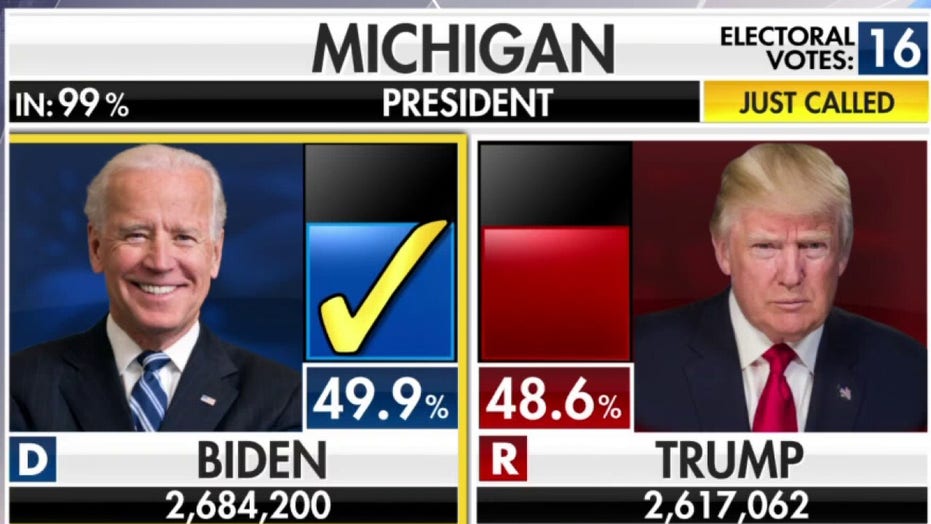 Two Republican state lawmakers in Michigan on Thursday requested an election audit, alleging anomalies and citing affidavits filed in lawsuits challenging the vote-counting process in Detroit and other areas of the state, according to reports.

State Sens. Lana Theis and Tom Barrett hand-delivered a letter to Secretary of State Jocelyn Benson, "urging" her for an official audit before the State Board of Canvassers certifies the 2020 presidential election results.

“Every citizen deserves to have faith in the integrity of the election process and its outcome,” Theis and Barrett wrote in the letter, according to FOX 2 Detroit. “It is our responsibility, as elected public servants, to assure the people of Michigan of the process’s integrity through complete transparency and the faithful investigation of any allegations of wrongdoing, fraud, or abuse.” 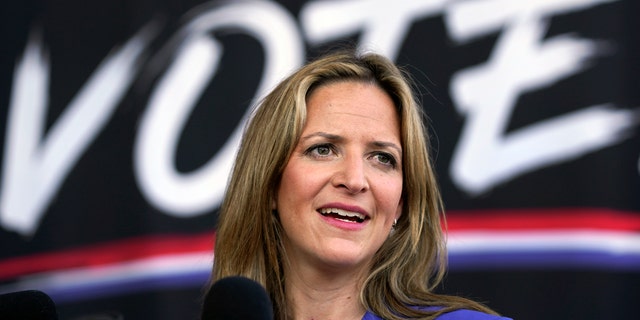 The audit request, which is usually done after the results are certified, was made in light of a software glitch in Antrim County that caused thousands of ballots to be wrongly counted for the opposing candidate, and as numerous allegations arose from the absentee ballot count at the TCF Center in Detroit, reports said.

The letter also cited more than 100 affidavits filed in various lawsuits. At least three lawsuits seek to stop the certification of ballots to allow more time to investigate claims made in the affidavits, the Detroit News reported.

The county later fixed the issue in Antrim County, saying it happened because the clerk forgot to update the software that pulled the results from the tabulator and onto the county's online system, according to the paper. The clerk and Benson said the issue would have been caught in the canvassing process, had it not been noticed first. 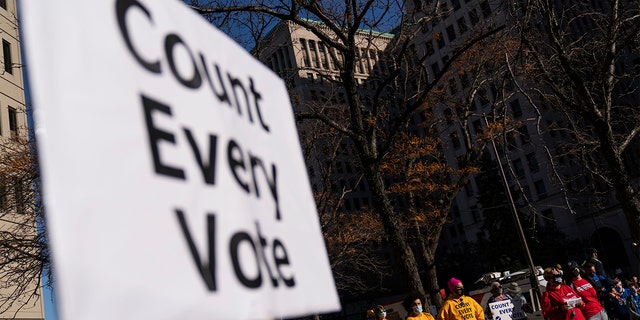 Protesters attend a rally calling for every vote to be counted from yesterday’s general election near the Detroit Department of Elections building in Detroit, Nov. 4, 2020. (Associated Press)

Republicans have expressed concerns about the main software, from Dominion Voting Systems, because it's used by 47 other counties in Michigan, reports said.

The letter also claimed that large bundles of ballots turned up in the early hours of the morning at the TCF center from out-of-state vehicles. At least one instance was disproven of a van that was actually a TV station transporting a large battery, according to the station.

The center was where Republican poll challengers allege they were harassed and blocked from observation. Theis and Barrett allege that counting tables tallied ineligible ballots, ran them through the tabulator multiple times or backdated ballots.

In a statement last week, Benson denied that any ballots were backdated, according to FOX 2 Detroit.

"A clerical error was made when some ballot envelopes were received in Detroit satellite offices," she said. "Although employees stamped a date of receipt on the envelopes, an employee failed to complete the transaction for receiving the ballot by saving that date in the Qualified Voter File. Therefore, at the absent voter counting board, after discussion with Republican challengers who chose not to challenge the process, the staff was instructed to enter that date stamped on the envelope ensuring that no voters were disenfranchised by the clerical error."

When addressing the accuracy of the state's election results, Benson said they were, "conducted fairly, effectively, and transparently and are an accurate reflection of the will of Michigan voters," the station reported.