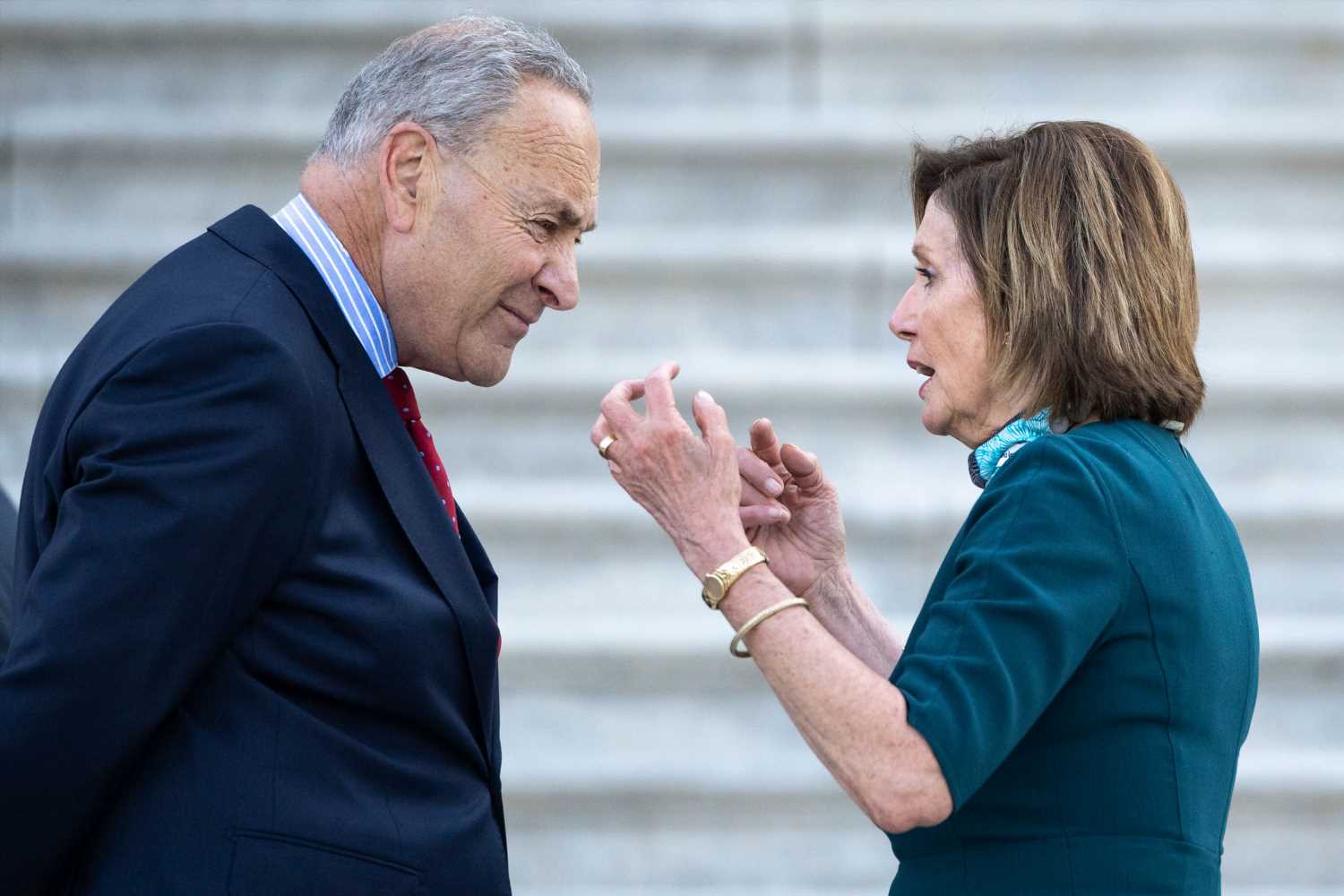 A bipartisan infrastructure proposal reached by President Joe Biden and a group of senators has regained its footing.

Even so, Democrats' plan to push it through Congress in tandem with a broader package to expand the social safety net and fight climate change faces a familiar threat: Senate Minority Leader Mitch McConnell.

Biden's suggestion last week that he may veto the bipartisan framework if lawmakers do not also pass other Democratic priorities briefly threatened the deal. The president assuaged some Republicans by clarifying that he would sign the bill if it were passed on its own. But McConnell insisted Monday that Democratic leaders on Capitol Hill also need to separate the two pieces of legislation, raising the risk that the deal could unravel.

"The President has appropriately delinked a potential bipartisan infrastructure bill from the massive, unrelated tax-and-spend plans that Democrats want to pursue on a partisan basis," the Kentucky Republican said in a statement. "Now I am calling on President Biden to engage Leader Schumer and Speaker Pelosi and make sure they follow his lead."

Biden's statement "would be a hollow gesture" unless Senate Majority Leader Chuck Schumer, D-N.Y., and House Speaker Nancy Pelosi, D-Calif., make the same commitment to pass the bipartisan plan even without the Democrats' bill, McConnell said.

The statement from McConnell, who has vowed to fight Biden's economic agenda, highlights the perils Democrats face in trying to pass their priorities. Pressure from McConnell could trip up the party's delicate strategy to keep its liberal and centrist members on board for both bills.

Representatives for Schumer, Pelosi and the White House didn't immediately respond to requests for comment.

In a tweet Monday, Democratic Sen. Chris Murphy of Connecticut offered his take on McConnell's statement by saying the GOP leader's "all consuming motivation is to stop anything from passing when Democrats are in control."

Some progressives have threatened to oppose the bipartisan plan because it does not do enough to address climate change. A handful of middle-of-the-road Democrats have expressed doubts about passing trillions of dollars in new spending without Republicans.

To try to ensure neither plan fails, Pelosi has said she would not take up either proposal in the House until both get through the Senate. Schumer plans to start votes on both measures next month.

It is unclear whether Schumer and Pelosi will stick to the strategy if it means they could lose GOP votes for the bipartisan plan. In the Senate split 50-50 by party, an infrastructure bill will need at least 60 votes to overcome a filibuster.

The measure would need 10 Republicans to support it if all Democrats back it, and one more GOP vote for every Democratic defection. Eleven Republicans supported the bipartisan framework, and some of those lawmakers signaled they were still on board after Biden clarified his position.

"I was very glad to see the president clarify his remarks because it was inconsistent with everything that we had been told all along the way," Sen. Rob Portman, R-Ohio, told ABC News on Sunday.

Biden will try to further show his commitment to the plan this week. He will go to Wisconsin on Tuesday to speak about the potential benefits of the infrastructure bill.

Correction: This story has been updated to reflect that Sen. Chuck Schumer, D-N.Y., is Senate majority leader.