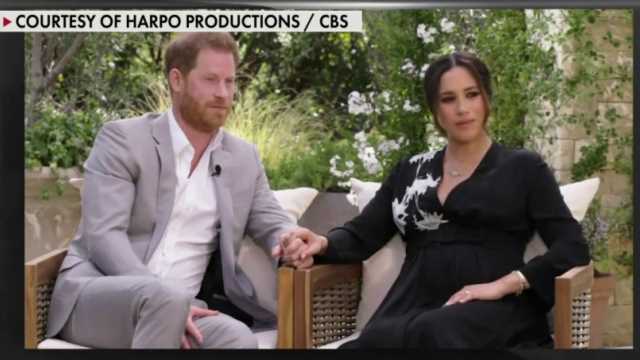 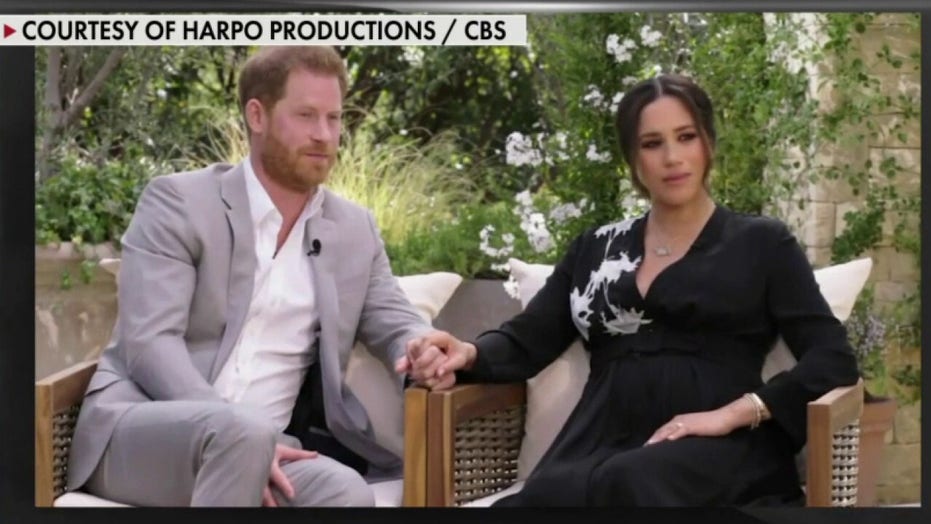 Harry and Meghan interview was ‘utterly ridiculous from start to finish’: Piers Morgan

Americans love a good reality show, add in the British royals and Oprah and you have all the makings for must-see TV.

That’s exactly what happened Sunday night when CBS aired Oprah’s interview with Prince Harry and Meghan Markle. Millions of Americans parked themselves on their sofas to watch the real life reality drama unfold.

Meghan spent the first 20 minutes trying to convince us she didn’t research Harry or the royal family before she became one of them.

OK, sure. I knew I wasn’t at risk of having to curtsey for anyone, and I still Googled my husband’s family before we got married. Don’t most people?

The entire two hours was laced with a victimhood mentality — including leveling serious charges of racism at the institution and the royal family, while refusing to name any names at all.

If you’re going to call out the royal family as racist, call them all the way out. It’s irresponsible and reckless to throw such a serious charge at a 1,200-year-old institution and threaten to bring it down but refuse to back it up with a single name. 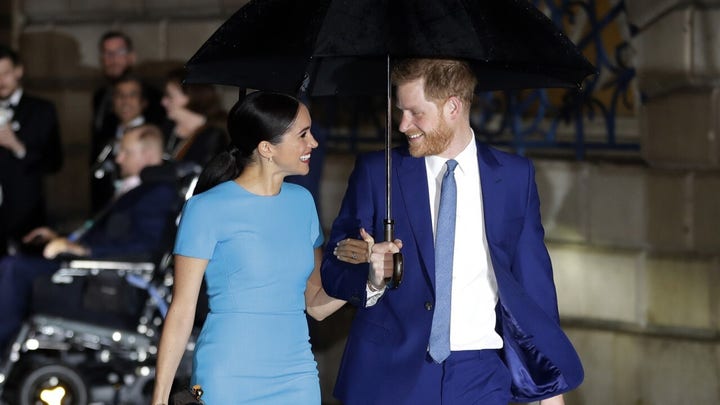 Yet Meg had no problem calling out Kate by name over something as trivial as making her cry over a flower girl dress.

Given that Meghan chose to wear Princess Diana’s bracelet for this air-it-all interview, it was nearly impossible not to draw parallels between her and the former Princess of Wales.

It’s a tale of two Princesses. One became known as the People’s Princess, and after Sunday night the other could easily be labeled the Palace Protestor.

It’s a little hard to feel the plight of someone lodging complaints for two hours straight wearing a $4,700 designer dress. Or listen to Harry say without his mother’s millions he wouldn’t be able to support his family. Yes, God forbid he might have to get one of those things called a job like the rest of the world watching.

Perhaps it may have been easier to muster up a little sympathy for her if she weren’t whining about all the ways she was wronged while Harry’s 99-year-old grandfather, Prince Phillip, was in the hospital after undergoing a heart procedure.

Prince Phillip has been in the hospital for three weeks, but please let’s keep talking about Meghan.

Welcome to the world of self-absorbed entitlement. In Brad Paisley’s classic song — and hilarious video — “Celebrity,” he sings about how the last generation’s celebrities “cried to Barbara Walters when things didn’t go their way.”  Today’s celebrities whine to Oprah in Armani gowns when they don’t get their way.

Both princesses, Diana and Meghan, were faced with the challenge of navigating and adapting to their newfound roles in the royal family, which probably were a bit overwhelming and somewhat isolating. Both princesses handled it very differently.

Princess Diana, I’m sure, had a list of grievances, but the closest she came to airing them was a 1995 BBC interview where she referenced Prince Charles’ extracurricular relationship with Camilla Parker-Bowles, saying “there were three of us in this marriage.”

She didn’t exactly reveal any palace secrets in that interview. Prince Charles didn’t put much effort into being discreet with Ms. Parker-Bowles, whom he married in 2005.

Princess Diana chose to forge her own course and she emerged as one of the most beloved royals.

She championed charitable and humanitarian efforts on behalf of those affected by AIDS, leprosy, cancer and homelessness. Who can forget the picture of the princess hugging a 7-year-old AIDS patient during her 1989 visit to Harlem. It was her humility and empathy for others that led her to be dubbed the People’s Princess.

Meghan took the opposite approach. She married into the family and then turned in her tiara less than two years later to eventually run back to California with Harry.

Meanwhile, reports are surfacing that The Charity Commission for England and Wales is looking into whether or not Harry and Meghan’s former charity, Sussex Royal — which they shut down after moving to the U.S. last year — was mismanaged and compliant with charity law.

If that’s not enough bad news for Meg and Harry, bullying allegations aimed at the Duchess by her former palace staff surfaced last week. Meghan denies any bullying and is calling it a “smear,” and the Palace vowed to “launch a probe” to look into the bullying.

When they left the royal family it appears they also divorced themselves from reality, which is something the Princess of Wales never did.

Princess Diana was about connecting and serving others; purposely and repeatedly taking herself beyond the Palace walls to bring attention and help to people in need.  After watching this interview it’s clear Meghan is about serving herself.

Those of us who remember Princess Diana can only say that the Duchess of Sussex could learn a lot from her. A bracelet does not make a Princess.