Last Night of the Proms: Boris Johnson warns ‘tackle the substance, not the symbols’ over reports Rule Britannia could be axed

Boris Johnson has issued a warning to “tackle the substance of issues and not the symbols” following reports Rule Britannia and Land of Hope and Glory could be axed from the Last Night of the Proms.

The two songs are popular with Proms fans, who often enthusiastically wave flags and sing along during the final evening of the BBC’s summer series of classical music concerts at London’s Royal Albert Hall.

However, to the anger of some, BBC producers are said to be in discussions about removing the two anthems from the setlist in the wake of the widespread Black Lives Matter protests. 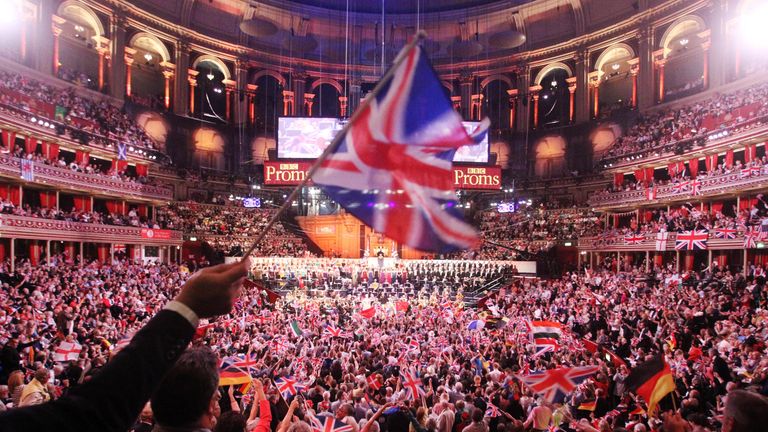 Downing Street signalled the prime minister would be among those not to be supportive of the songs’ removal from the evening’s traditional setlist.

Asked about a Sunday Times report that the songs could be dropped, a Number 10 spokesman said on Monday: “It is obviously a decision for the organiser of the Proms and the BBC.

“But the prime minister has previously set out his position on these issues and has been clear that, while he understands the strong emotions in this, we need to tackle the substance of issues and not the symbols.”

The Last Night of the Proms is due to take place on 12 September, albeit without an audience due to the coronavirus pandemic.

Culture Secretary Oliver Dowden revealed he had raised his “concerns” about the matter with the BBC.

“Rule Britannia and Land of Hope and Glory are highlights of the Last Night of the Proms,” he posted on Twitter.

“Share concerns of many about their potential removal and have raised this with @BBC. Confident forward-looking nations don’t erase their history, they add to it.”

BBC bosses are said to be reconsidering the songs’ inclusion because of their perceived association with colonialism and slavery.

According to The Sunday Times, there are also concerns about how Rule Britannia – which is usually performed by about 80 members of the BBC Symphony Orchestra and a chorus of more than 100 singers – could be performed under coronavirus restrictions.