A month and a half after President Donald Trump ended his summit with Kim Jong Un without a deal, the young North Korean leader is preparing to step out again on the world stage. This time, it will be for his first meeting with Russian President Vladimir Putin.

The summit comes at a critical time and the relationship with Russia has become increasingly important, according to analysts, as Kim seeks to maintain his nuclear weapons stockpile while loosening the economic pressure on his country.

That means the U.S. will be watching closely, with its chief negotiator Stephen Biegun heading to Moscow this week for meetings. It’s the special representative for North Korea’s first visit to Russia since October, and he is likely to take the Kremlin’s temperature ahead of the Putin-Kim summit, as well as reinforce the importance of the United Nations Security Council sanctions implementation, according to a State Department official.

“The United States is committed to working with interested parties, including Russia, on the robust and sustained implementation of U.N. sanctions in order to move forward with denuclearization,” the official told ABC News.

The Kremlin confirmed Monday that a meeting was being planned, but declined to provide any details. South Korea’s Blue House — the office of the president, which is in steady contact with North Korea — told ABC News that “preparations are underway,” but had no further comment. The meeting could come as soon as the end of next week, according to South Korea’s Yonhap News Agency.

While China has long been North Korea’s most important ally, Russia has played a key second role as an economic partner and tried to assert itself as a political player, often by playing a foil to U.S. interests. 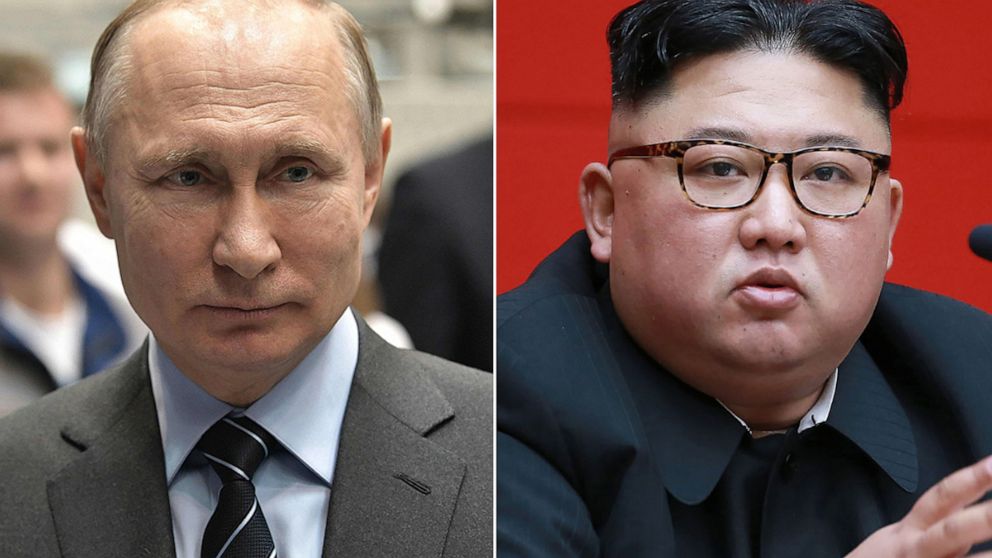 The summit would be Kim’s first trip to Russia. It’s unclear in what city the two will meet, but the most likely option is the far eastern port city Vladivostok, where Kim Jong Il, visited in 2011. That was the most recent meeting between the two countries, when Kim’s father met then-Russian President Dmitry Medvedev in Ulan-Ude — near the border with Mongolia, thousands of miles east of Moscow.

“Obviously Russia — and China as well — is a key player in sanctions evasion. Kim certainly wants to cultivate that relationship,” said David Maxwell, a senior fellow at the Foundation for Defense of Democracies. “I am sure Kim also thinks that Putin will be supportive of his objectives as he likely believes that Putin will want to act as a spoiler versus U.S. interests in the region.”

Russia hosts thousands of North Korean laborers, for example, who are an important source of cash for the regime. A report by the U.N. Panel of Experts that oversees sanctions implementation also called Russia out for continuing ship-to-ship transfers of oil and other fuel and joint business ventures based in Russia, which are prohibited by sanctions. 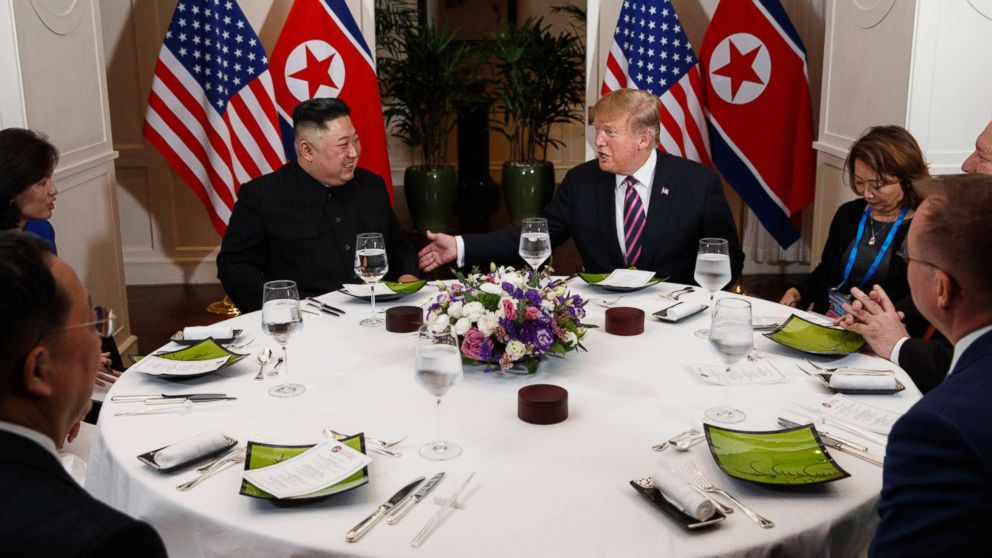 Ensuring that those lines of financial support can continue is key for Kim, as his country’s economy continues to struggle under the weight of international sanctions — although Russia will never be as economically important to North Korea as China.

“They don’t have enough money to feed North Korea. They’re not China. And their top priority is boosting the economy of their Primorsky region,” said Shin Beom-chul, a senior fellow at the Asian Institute for Policy Studies in Seoul, referring to Russia’s sole province that borders North Korea.

That level of influence, however, may be shifting at least slightly. Russia has been a key conduit for the South to relay messages to Kim’s government, according to a South Korean official, who said Seoul uses the Russian and Chinese embassies in Pyongyang to ensure a message gets communicated.

The summit will also come after several high-level visits between the two countries and a new agreement on economic and political cooperation.

Foreign Minister Sergei Lavrov met Kim Jong Un for the first time in May 2018 in Pyongyang, when Kim accepted an offer to meet Putin in Moscow. But in recent weeks, the pace of engagement has accelerated. Kim’s chief aide Kim Chang Son traveled to Moscow and Vladivostok, Russia in March; a high-level delegation from Russian parliament, or Duma, visited in March; Russian Interior Minister Vladimir Kolokoltsev visited Pyongyang at the start of April; and a second Duma delegation visited this week.

During a visit to Moscow in March, North Korean Vice Foreign Minister Im Chon Il and his Russian counterpart Igor Morgulov signed a “2019-2020 plan of exchange” to “boost high-level contact and exchange in the political field [and] actively promote cooperation in the fields of economy and humanitarianism,” according to North Korean state media. 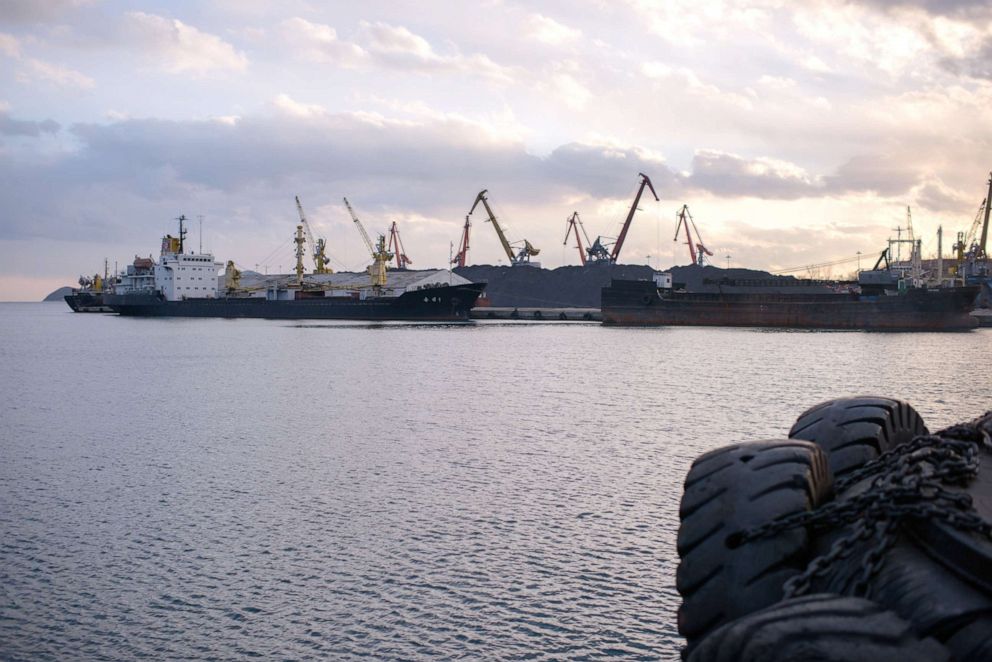 North Korean state media has also paid Russia a “disproportionate” amount of attention since the Hanoi, Vietnam summit with Trump, according to analyst Ankit Panda, an adjunct senior fellow at the Federation of American Scientists.

Meanwhile, South Korea is increasingly concerned by the decline in its own communications with the North — a key objective of President Moon Jae In. Moon met Trump at the White House last week to keep the momentum of diplomacy going and announced on Monday that he’s ready for a fourth summit with Kim to help salvage faltering nuclear negotiations between Washington and Pyongyang.

It’s that kind of political game that is perhaps most important for a Kim-Putin summit, with Kim eager to show that he can rebound from his rejection by Trump in Hanoi and that he has friends beyond China, analysts say.

Maxwell said, “Another summit with another world leader continues to enhance his legitimacy. It also helps with his Hanoi failure and it puts him in a positive light on the world stage for internal political support and domestic legitimacy.”