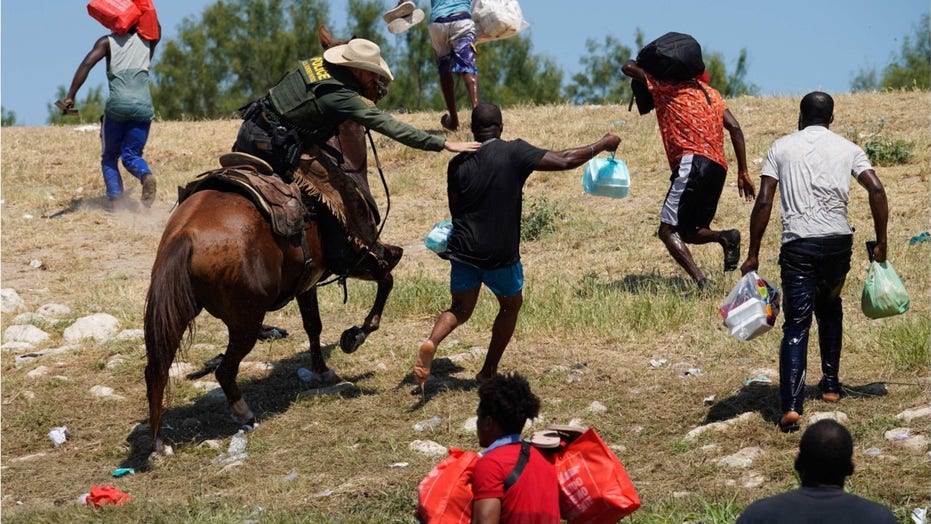 In media news today, the media peddles a narrative that horseback Border Patrol agents were using whips on Haitian migrants, Jen Psaki gets hammered for citing Biden’s history with grief while discussing errant Afghanistan drone strike, and the media frets over too many white Emmy winners

Kansas Attorney General Derek Schmidt urged Democratic Gov. Laura Kelly Tuesday to adhere to a request by Texas and Arizona governors and send law enforcement resources to the southern border to assist with the migrant crisis.

In a letter to the governor obtained by Fox News, Schmidt, along with Kansas Senate President Ty Masterson and Speaker of the House Ron Ryckman, said the June request made under the Emergency Management Assistance Compact (EMAC) was an “appropriate and lawful” use of state resources.

“When the federal government fails to secure the border, it becomes critically important that criminal activity entering the United States be intercepted and contained as close to the border as possible,” Schmidt said. “There can be no question it is in the interest of public safety in our Kansas communities that the border be secured and that criminal activity enabled by illegal border crossings be contained as far from Kansas as possible.”

The southern border has seen a drastic rise in the number of illegal migrant crossings with a record-breaking 213,534 crossings reported in July alone.

The Biden administration has received backlash from both Republicans and Democrats over the administration’s perceived inaction at the southern border.

“Securing our border with Mexico is the federal government’s responsibility,” the pair wrote. “But the Biden administration has proven unwilling or unable to do the job.”

“We respectfully but urgently request that you send all available law enforcement resources to the border in defense of our sovereignty and territorial integrity,” the governors pleaded.

At least half a dozen states have sent law enforcement aid to the two border states, including states surrounding Kansas like Iowa, Nebraska and South Dakota, but Kelly refused.

The Kansas governor said the request was a matter of “political games.”

“As the state’s chief law enforcement official and leaders of the Kansas Legislature, we do not think this situation is a ‘political game’,” the group wrote to Kelly. “It is prudent to help the border states stop transnational criminals before they reach Kansas and can cause harm in our communities and to our citizens.”

Fox News could not immediately reach Kelly’s office for comment.

Lates News:
2021-09-23
Previous Post: Dog ‘passes out’ in fright at pooch twice his size and is given CPR by owner
Next Post: Bitcoin SV as a commodity