WASHINGTON — Justice Department officials are adding prosecutors and agents to their sprawling investigation into the Jan. 6 assault on the Capitol as it moves into a more complicated phase and they strategize about how to handle the large caseload, including trying to stave off a potential backlog in the courts, according to law enforcement officials.

Their effort to charge more complex cases was evident on Friday when prosecutors secured an indictment expanding an existing conspiracy case against the right-wing militia group the Oath Keepers, accusing six more suspected members of the group of organizing a military-style attack on the Capitol to help President Donald. J. Trump overturn the election results and remain in power.

The investigation has already resulted in charges against more than 230 people and in scores of subpoenas. More than a dozen federal prosecutors from around the country have been assigned to work with the U.S. attorney’s office in Washington, which is leading the investigation, and it could lead to 400 to 500 criminal cases in total, according to a law enforcement official.

Michael R. Sherwin, the acting U.S. attorney in Washington who has been overseeing the inquiry, will soon step down from his appointed post. But officials are planning to keep him on to continue to oversee the investigation from Justice Department headquarters in Washington, according to people familiar with the leadership discussions.

The F.B.I.’s Washington Field Office, which moved quickly in the days after the attack to handle a voluminous amount of tips, digital clues and interviews, will see more of that work farmed out to field offices around the country. The bureau’s Domestic Terrorism Operations Section, which has long overseen the investigation from F.B.I. headquarters, will coordinate that work.

In the weeks immediately after the siege on Congress, the speed of the F.B.I.’s investigation provided a glimmer of hope that the rioters would be held accountable, as the government grappled with security failures that allowed the pro-Trump mob to breach one of the most fortified buildings in one of the most secure cities in the nation.

But the investigation has now hit an inflection point, where the easy cases have mostly been made and more complex ones loom.

Mr. Sherwin signaled the shift last month at a news conference, saying the pace of arrests would plateau as prosecutors focused on building “the more complicated conspiracy cases related to possible coordination among militia groups.” 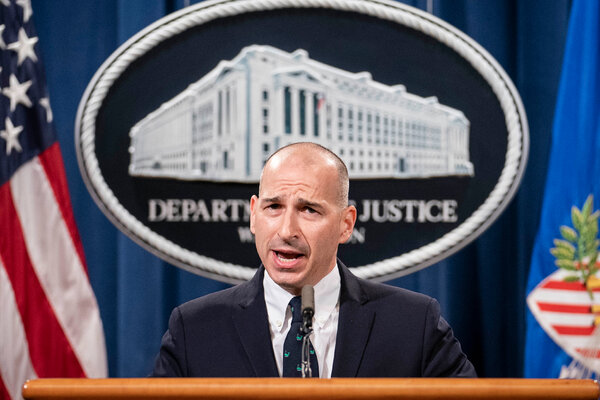 Now federal prosecutors are discussing obtaining guilty pleas from defendants and trying to secure suspects’ cooperation, according to a law enforcement official.

Major criminal investigations often depend on intelligence from informants and cooperating witnesses, current and former prosecutors say. But the riot investigation, which has been highly unusual in many respects, has resulted in hundreds of charges with little cooperation from people involved and instead based almost entirely on evidence gathered from social media and tips from family members and acquaintances.

To file more serious charges accusing suspects of organized plots to overturn the election, the government may need the cooperation of those already swept up by the F.B.I. who might want a lesser sentence.

“Cooperators are the de facto experts on a crime because they’re on the inside of a conspiracy,” said Glenn Kirschner, a former prosecutor in Washington who focused on homicide and racketeering cases. “They can bring direct evidence to the jury about who was playing what role inside; what the hierarchy was and what the structure was inside the organization.”

The Justice Department first charged members of the Oath Keepers last month with plotting to go to Washington to breach the Capitol, its first major conspiracy case, without cooperation. In the original charges, prosecutors noted that three members of the group could be seen in widely circulated videos dressed in paramilitary gear and moving in coordinated fashion through the chaotic mob.

On Friday, the department charged six more people in the plot, including Kelly Meggs, the self-described leader of the organization’s Florida chapter who, according to the indictment, wrote on Facebook, “Gentlemen we are heading to DC.” Another Florida Oath Keeper, Graydon Young, arranged firearm and combat training for himself and others, according to the indictment.

Members of the Oath Keepers who have been charged with conspiracy have so far shown no public sign that they would be willing to cooperate. One, Thomas E. Caldwell, has vowed fight those charges in court.

But that may shift. This week, Dominic Pezzola, a member of the right-wing extremist nationalist group the Proud Boys, indicated in a court filing that he would be willing to plead guilty and “make amends.”

From Riot to Impeachment

The riot inside the U.S. Capitol on Wednesday, Jan. 6, followed a rally at which President Trump made an inflammatory speech to his supporters, questioning the results of the election. Here’s a look at what happened and the ongoing fallout: