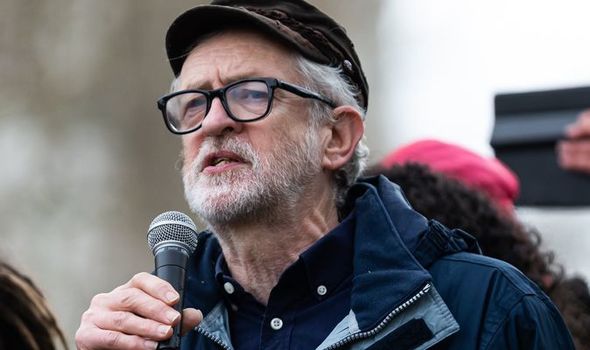 Mr Coyle said: “All MPs are expected to follow certain rules and some people seem to think they’re above it.

“We expect it from Boris Johnson with flat refurbishments, childcare and foreign holidays.

“But we cannot attack the Tories if we don’t equally take action when someone who seeks to be a Labour MP is receiving significant financial support and contributions, and not declaring it.”

Mr Corbyn has responded and said he will be “liaising with the commissioner” in response to Mr Coyle’s correspondence.

Back in January, the former Labour leader lost a court battle to force his party to hand over documents relating to his suspension.

In March, Mr Corbyn also lost an appeal against a High Court decision in a libel fight brought by a political blogger.

The former Labour leader’s register of interests says he is “likely to benefit from a legal fund managed by JBC Defence Ltd”.

This was reportedly set up in October to help Mr Corbyn “meet any legal costs which I or my supporters incur in relation to allegations of defamation.

Mr Corbyn was suspended from the Labour Party back in October following his response to an investigation into anti-Semitism by the Equalities and Human Rights Commission (EHRC).

Responding to the report, Mr Corbyn claimed the scale of the anti-Semitism problem during his leadership was “dramatically overstated for political reasons”.

Mr Corbyn was readmitted as a party member but his successor Sir Keir Starmer said he will not sit as a Labour MP in the House of Commons.

The party’s chief whip, Nick Brown, told the former leader he would lose his whip for at least three months.

This would allow time for an investigation to take place into whether he broke parliamentary party rules.