President Trump revealed early Friday morning that he and his wife, Melania Trump, had tested positive for coronavirus. It is not clear when or how Mr. Trump contracted the virus. But over the past week, he interacted with scores of staff members, donors and supporters. Photographers for The New York Times captured some of those meetings. 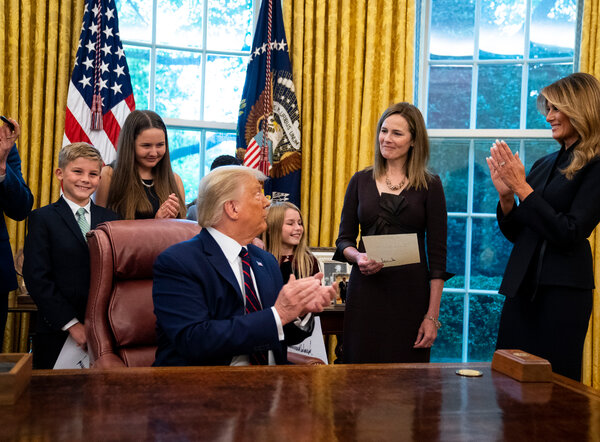 Mr. Trump during a news conference at the White House.

Mr. Trump waved to members of the news media beside Mrs. Trump at Cleveland Hopkins International Airport, after landing there before the first presidential debate.

Mr. Trump and Joseph R. Biden Jr. during the debate in Cleveland. Onstage, Mr. Trump mocked Mr. Biden for his habit of wearing a mask in public.

The president took questions from reporters outside the White House before boarding Marine One.

Mr. Trump at a rally in Duluth, Minn.

The president’s physician said Mr. Trump was “well” without saying whether he was experiencing symptoms and added that the president would stay isolated in the White House for now.

President Trump said early Friday that he and the first lady had tested positive for the coronavirus, after he had spent months playing down the severity of the outbreak.