David Cameron claims to be ‘victim of spellcheck’ during hearing

He said he “really believed” in the now-collapsed finance firm. He admitted he had a “big economic investment” in it but refused to say how much he earned. Mr Cameron, 54, sent more than 73 messages lobbying for the company and had phone calls and face-to-face meetings to push the case for access to Covid-19 loan schemes.

During more than four hours of questioning by two Commons committees, Labour MP Angela Eagle said his behaviour had been “more like stalking than lobbying”.

Mr Cameron said there had been “absolutely no wrongdoing” but added: “This is a painful day, coming back to a place I love and respect so much… in these circumstances.”

Greensill Capital, founded by Australian businessman Alexander Greensill, went into administration in March, threatening thousands of UK jobs at Liberty Steel. Before that Mr Cameron said the firm had paid him a “generous, big salary” – but it was “absurd” to suggest he was expected to make £60million.

He said: “I had a big economic investment in the future of Greensill, so I wanted the business to succeed.” But he insisted his intense bout of Government lobbying about Covid-19 loans was because “we thought we had a good idea”.

However he admitted: “There are lessons to learn… in future, the single formal email or formal letter would be appropriate.” 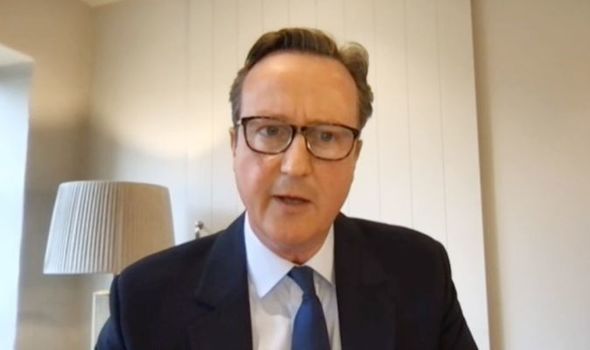 His critics called him slippery, his admirers called him eloquent, but his verbal fluency catapulted David Cameron to the top.

That articulacy was on display in his appearance before the Treasury Select Committee.

During his two hours in front of MPs, he was a slightly chastened, defensive figure as he admitted his regrets over the saga. Nor was his trademark humour much in evidence, understandably, given the seriousness of the row that has engulfed him.

The sense of solemnity was reinforced by his heavyweight glasses. But his habitual command of language was still there and, while he himself said it was “a painful day”, he was not humiliated by the ordeal.

Indeed, this was less a grilling and more of a light basting.

Nevertheless, no amount of flowing verbiage could conceal that Cameron had placed himself an in awkward position by his involvement with Greensill. There was something demeaning about his repeated insistence he had “broken no rules”.

Nor did he sound convincing when he claimed that his fevered lobbying was driven by his faith in Greensill’s financial schemes.

The toughest questioning came from Labour MP Angela Eagle who brilliantly described his behaviour as “more like stalking than lobbying”.

There was no moment of high drama, no explosive confrontation.

The biggest lesson is that former prime ministers should not act as commercial lobbyists, but we already knew that.