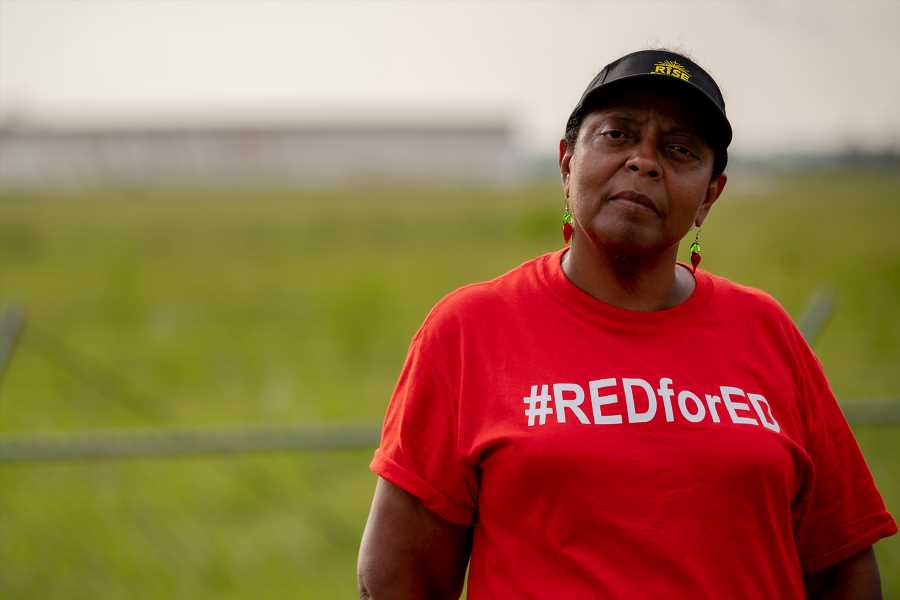 In the eight days since Category 4 Hurricane Ida roared through her home and community in St. James Parish, Louisiana, 69-year-old Sharon Lavigne has watched crude oil spill out of a holding tank, seen flares shoot fire out of a petrochemical plant, and smelled a foul chemical stench from a fertilizer manufacturer. St. James Parish is located in the heart of Louisiana’s “Cancer Alley,”  an 85-mile stretch of communities along the banks of the Mississippi River between Baton Rouge and New Orleans where some 150 fossil fuel and petrochemical facilities operate. The exceptionally elevated toxic air emissions released by the industry have put residents at greater risk of cancer and respiratory disease. Respiratory illness caused by air pollution, in turn, is a preexisting condition that makes Covid-19 more deadly, and the area continues to be ravaged by the ongoing pandemic.

Our Summer From Hell

And now, hurricane season. Hurricane Ida hit Southeast Louisiana with stronger winds than Hurricane Katrina, sinking vast swaths of the coastal areas underwater and decimating low-lying communities. Within hours, power was knocked out to more than a million Louisiana households and businesses, including all of New Orleans, and over 100,000 additional customers in Mississippi. Without electricity, water cannot be pumped through pipes, leaving 441,000 households in Louisiana dry, and another 319,000 on boil-water advisories — which can also require electricity. By September 6th, power was fully restored in Mississippi, but more than half of those who lost power in Louisiana were still without electricity.

With “feels like” temperatures in the triple digits, and power expected to be out for weeks, residents face further risk from the extreme heat. There is no power in St. James Parish, including to hospitals, stores, gas stations, and parts of the fossil fuel industry. At a press conference Sunday in St. James, Governor John Bell Edwards warned, “We have to assume that the next hurricane is going to come before we’ve recovered from this one. It may even occur before we’ve even finished responding to this one.”

Lavigne, whose family has lived in St. James for generations, was recently awarded the Goldman Environmental Prize for her work as founder and director of RISE St. James, a local community organization working to stop the industry’s pollution and expansion and implement a just transition to renewable energy.

The amount of damage caused by the fossil fuel industry in the wake of Hurricane Ida, in the form of oil spills, leaks, chemical releases, ruptures, and more, could dwarf the impacts of any previous storm system.

Two years ago, Rolling Stone wrote about Lavigne and the protest march she led with the Reverend Dr. William J. Barber II against the construction of yet another facility here, the proposed Formosa petrochemical plant. In the wake of Ida, when not busy documenting hazardous releases from the surrounding plants, Lavigne is trying to not only recover from the storm herself, but also to get assistance to the people of her community on St. James’ West Side, where the majority of residents are Black, low-income, and many are elderly with compounding health issues. Local groups such as Louisiana Bucket Brigade, Healthy Gulf, and Another Gulf is Possible have also stepped in to help residents meet basic needs.

I reached Lavigne in her home by phone on Sunday, September 5th. She voiced fears that it will take months for St. James to recover and frustration at the lack of support they’ve received from industry, and state, and local officials in response to desperate hurricane recovery needs. “I worry about people getting [even more] sick, that’s what I worry about,” Lavigne says.

This interview has been edited for length and clarity.

How are you, Sharon?
Hot and sweaty. Hungry.

You still don’t have electricity?
No, no. I sure don’t.

Do you have a generator?
I just got one yesterday. I had one [earlier] but I gave it to an elderly person. She needed it more than I did. I have one room with the air on and that’s it. Every night I go back and forth in that room just to catch air.

What are you doing for ice and water?
[Friends have come] and they bring up bags now and then. And I put it in my cooler, so it keeps the water cold. 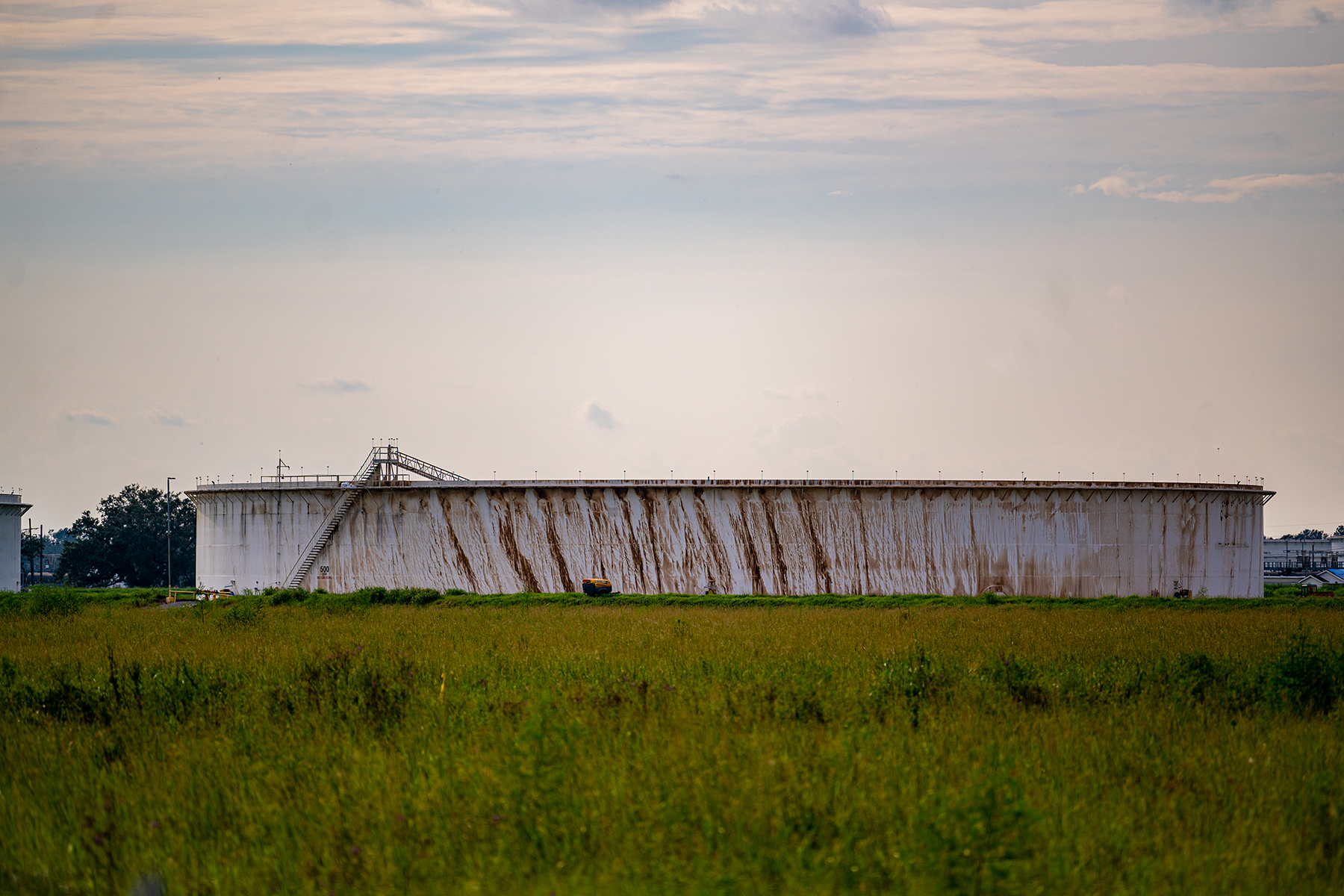 There’s no electricity, so you can’t drive to the nearby store and get ice. People have to bring it from far way, is that right?
They don’t have it at the nearby places over here. You got to go further, like Gonzalez [30 minutes away]

What was it like when the storm hit?
I was in my home. In my bedroom. I heard the wind and trees howling. I saw some of the tin metal roof falling on the ground. I was afraid it may fall and break my window in my bedroom, but that didn’t happen.

[Afterward], I went upstairs to look at my son’s room, when he was living here. The water was all over that wood floor. The ceiling had collapsed. And the third floor, above his floor, it had an opening in the roof. You can see the sky. And then we went to the master bedroom. I saw a small break in the ceiling. It was that bad. The next day, I saw more of the stuff falling down. And the next day, over half the ceiling, fallen on my bed. And that’s the bed that my mother had before she died. I wanted that for sentimental reasons, and I hope the bed is not completely damaged. That’s what I’m praying. And my living room, the water was falling out like a faucet. I had three buckets to catch water over there. In my kitchen, water on the sheet rock. It looks like it’s about to pop. The ceiling is sitting there looking at me. So far it hasn’t fallen, but if there would have been another hard rain, that ceiling would have come down. All my wood floors are destroyed.

I’ve never been through anything this [bad] since I’ve been living in my home [since 1987]. It looked like a cyclone came through the town. It was terrible. It was awful. Some [homes] were totally destroyed and many [people] don’t have insurance. My friend’s [mobile home] is totally demolished, but he wasn’t in there, so thank God for that. All up and down this road, downed power lines. The poles are crooked. My son lives two doors down from me and a tree fell on his roof.

You’ve also been helping coordinate help for others. What have you been doing?
[RISE St. James is] distributing stuff, telling people to come to my house. We pack up the bags with goodies, with toilet paper, cleaning supplies, paper towels, whatever they need. [We have] a few little cans of gasoline to give to the people. We’ve been giving them extension cords, laundry detergent, air freshener, soap, little flashlights, snacks. Some people call me and told me that they need brooms and mops. They’re cleaning up now. They need more disinfectants. So, we tried to get some out here.

In terms of other damage in St. James, are you seeing any plants there flaring? Are you smelling any chemical releases, more than usual?
Yes, I am! At Marathon, the oil is leaking on the side of the tank ever since right after the hurricane. And when you pass by Mosaic [fertilizer plant], you can smell the sulphur and chemicals.

I am standing in front of the industry called American Styrenics and I’ve been passing here every day for the last week and they have been polluting us ever since the hurricane and before the hurricane, and I don’t see where they’re trying to stop. They don’t care. They’re just polluting us. It’s been there every day, all night. When I pass here at night, it’s still burning. And I think someone should come down here and see what’s going on. The industry has the gall to still pollute us while we’re trying to recover from Hurricane Ida. Something needs to be done about that, thank you.

[Lavigne has been documenting the pollution on her Facebook page. Videos and photos show oil streaked down the sides of a massive crude oil storage tank owned by Marathon Pipe Line across the street from St. James Catholic Church. In another video, she documents a flare burning at the nearby American Styrenics (AmSty) facility.

Marathon Petroleum Corporation confirmed in an email to Rolling Stone that on August 30th, Marathon Pipe Line personnel detected a release of crude oil from one of the St. James storage tanks, writing: “The release was stopped and controlled… with no identified off-site impacts” and clean-up is in progress.

American Styrene said that the plant has power with “normal operation of the flare under EPA guidelines” and that the plant is not currently processing any material. The spokesperson added that it “always flares, it’s just not always visible.” He was unable to answer whether the flare is more visible because it is burning more excessively.

Mosaic did not respond to calls or emails.] 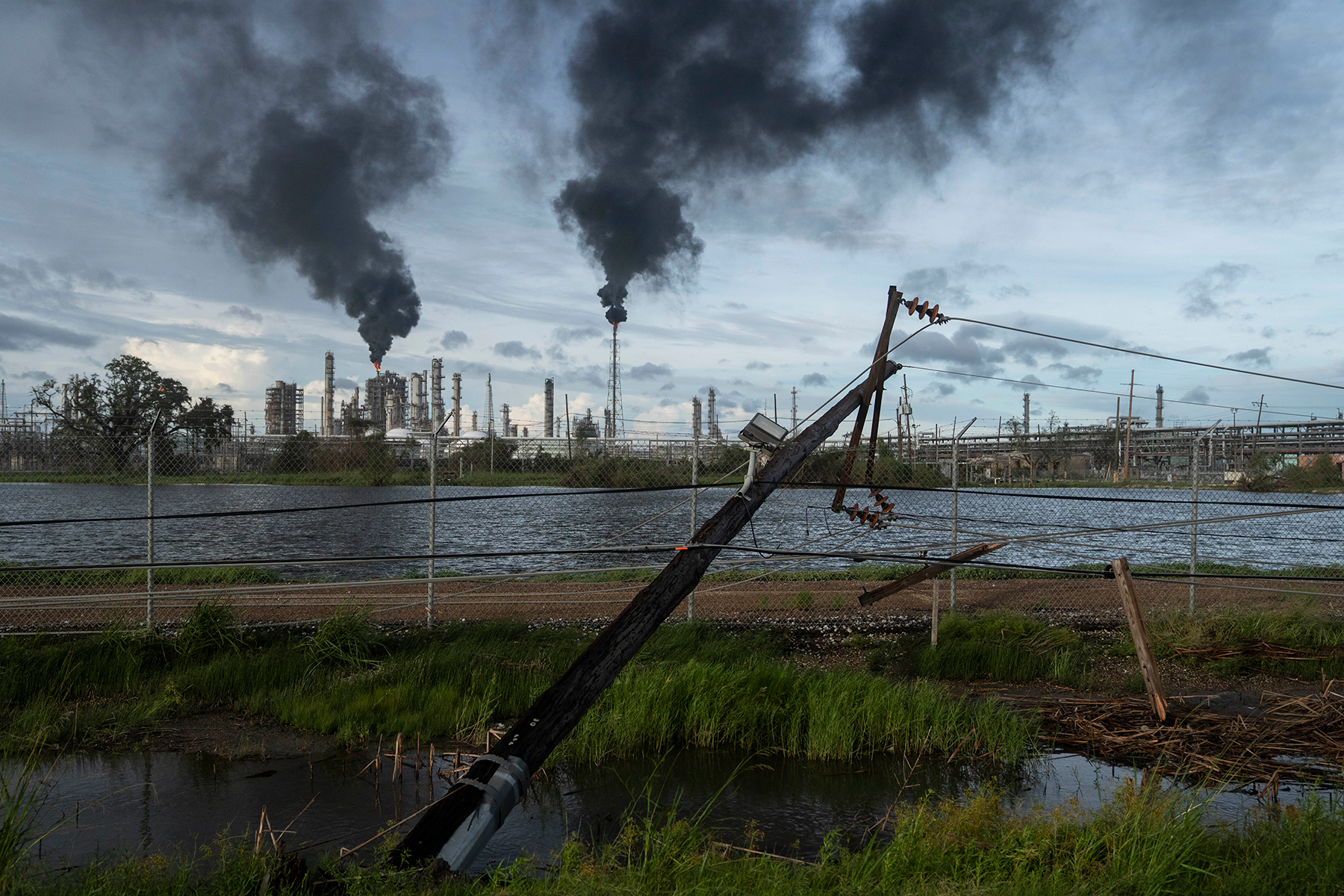 Broken power lines, destroyed by Hurricane Ida, are seen along a highway near a petroleum refinery on August 30, 2021 outside LaPlace, Louisiana.

Governor John Bell Edwards came to St. James Parish to meet with community members and assess damage on Sunday. Were you surprised that the governor did not ask to meet with you, since you’ve been a leader and organizer in the area?
I’m not surprised. I [speak publicly] about him a lot and I know [it reaches him]. I told him to put this industry in his hometown. I write letters to him. I remind him that he promised to do a health study [of St. James residents but has not yet done so]. He doesn’t even comment. I guess he figures me to be nothing. But I don’t care. I’m still going to keep jabbing at him. And I’m going to keep jabbing at Formosa. Formosa’s not going to come down to build a plant right next to me and my people. Let them go build it in Janile Parks’ hometown [a spokesperson for Formosa].

[Formosa] shouldn’t be coming to build a massive plant because they know we got more storms coming due to climate change. They don’t think about that because they don’t care. And nobody from these industries has offered to help the people in St. James. RISE St. James is up here getting supplies to help the people. The industry is not helping us at all. No one from the industry here has said, “Let me bring you water, let me bring you gas for your cars, or come fill up at our facility.” But that’s all right. People are coming from all over the world helping us. Reverend William Barber is getting ready to send [supplies] to help us. We got people helping us.

[Later that evening, Lavigne called me back, frustration and exhaustion filling her voice.]
“I’m so tired. And people keep calling me. They need generators. The sick and the elderly. I’ve given all of our generators away. I gave them to a woman on oxygen and a bed-ridden woman.

“I don’t have any ice. The ice has melted. I hope that someone will bring ice tomorrow.”

Here is a list of more mutual-aid groups helping Louisiana residents that you can donate to.