How Trump Ended Up Onstage With a Fake Presidential Seal

A mystery was afoot in conservative Washington circles this week after an apparent audiovisual mix-up made for an unexpected jab at President Trump. Let us set the scene.

The venue: a Washington hotel where Turning Point USA, the conservative youth organization, was hosting a conference for high school students, where Mr. Trump spoke on Tuesday.

The décor: a presidential seal on the onstage screen, a fitting background for a speech by the president of the United States.

The fake seal’s appearance at the event seemed to catch everyone off guard. A White House spokesman told The New York Times that officials did not review the image before it appeared. Turning Point USA initially said it had no idea how it ended up there. Was it a prank or a political statement? Or was it a simple mistake by the audiovisual team, who perhaps pulled the wrong image off the internet? By Thursday, that seemed to be the explanation. 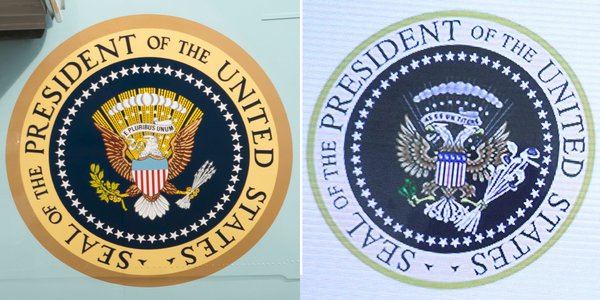 In the hours after the image was circulated online, an aide at the organization was fired, a person with knowledge of the matter confirmed on Thursday.

The seal appeared to be the same as one used to sell anti-Trump merchandise in an online store, The Post reported, based on a reader tip.

In an interview with The Times, the store’s proprietor, Charles, said he had created the image a little over a year ago out of frustration with Mr. Trump and his policies. He asked that his last name not be used because he is receiving hateful messages online.

“This is the most petty piece of art I think I’ve ever designed,” said Charles, who is based in Virginia and works in video production and graphic design. “This was every petty, little thing I could think of to needle him because he was driving me bananas with his politics.”

After he created the altered seal, Charles shared it with friends, who encouraged him to sell it online, so he created a website and store and quickly moved on with his life. Then, on Thursday morning, he said he was surprised to come across his creation in a news article while he was drinking coffee and scanning Reddit.

The doctored image quickly became a talking point among liberals and conservatives alike. Online, some delighted in the dig and called it “brilliant trolling.” Others denounced the switch as an offense worthy of dismissal.

The alterations were subtle enough.

The traditional presidential seal contains the image of an eagle, which holds arrows representing war in one talon and olive branches representing peace in the other. A banner above its head bears the motto “E Pluribus Unum,” Latin for “Out of Many, One.”

The eagle in the altered image had two heads, a symbol featured on the national emblem of Russia, the flags of several other countries and the logos for two Trump golf resorts in Scotland. The symbol is often associated with power and empire.

In that seal, the eagle clutches golf clubs and what appears to be a wad of money in its talons. The banner above its head reads “45 Es un Títere,” Spanish for “45 Is a Puppet.” And a shield across the eagle’s chest features five instances of the hammer and sickle, a Communist symbol associated with the Russian Revolution.

The event was an unlikely setting for criticism, and it is unclear if the president was aware of the fake seal. He spoke for nearly 80 minutes in front of a supportive audience. The real presidential seal appeared on the lectern and on another part of the screen. 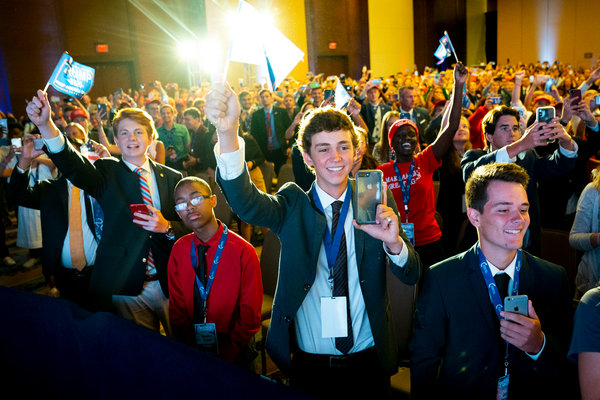 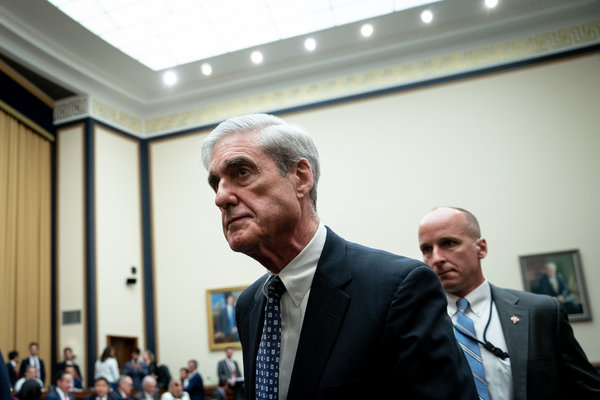 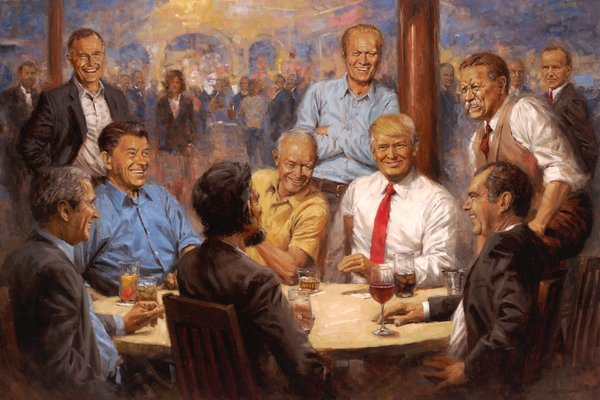 Sarah Mervosh covers breaking news from New York. She was previously an investigative reporter at The Dallas Morning News.

Niraj Chokshi is a general assignment reporter based in New York. Before joining The Times in 2016, he covered state governments for The Washington Post. He has also worked at The Atlantic, National Journal and The Recorder, in San Francisco. @nirajc