If the process for President Trump to replace Justice Ruth Bader Ginsburg on the Supreme Court follows the standard procedure — a mighty assumption — the justice-to-be will have to endure a public and private gantlet of scrutiny.

And the process this time might be completed before Election Day on Nov. 3.

It typically drags on for months, but these are not normal times. Republicans will most likely try to turbocharge the pace to lock in the pick before the election — 42 days away as of Tuesday — while Democrats hope to delay the process as long as possible.

Because Republicans control the Senate and its Judiciary Committee, which holds confirmation hearings on the president’s judicial nominees, Democrats are largely helpless in delaying the vote, said Stephen Wermiel, a constitutional law professor at American University in Washington, D.C.

“There’s not really much the Democrats can do once it goes to the floor,” he said. “There is no filibuster. There is no real way for them to stop the nomination.”

Here’s what to expect in the nomination process, and a few ways it could be sped up this time.

Extensive scrutiny of the justice’s history

The nominee — who Mr. Trump has said will be a woman — must answer an elaborate questionnaire, which the Senate will examine. She will be asked to list every client she has ever represented as well as her sources of income, speaking fees, travel destinations, interviews with the news media, writings — everything short of her favorite ice cream flavor. The questionnaire is often hundreds of pages long.

The F.B.I. will immediately begin a background check, and the Judiciary Committee will start its own background investigation.

Republicans want to move as fast as possible, and some of the likely candidates — including Judge Amy Coney Barrett, who is considered a front-runner — have the advantage of having been leading contenders when Mr. Trump was looking to replace Justice Anthony M. Kennedy in 2018. Much of their vetting might have already been done.

Soon after the nominee is announced, she will begin calling and meeting with as many senators as possible. The closed-door meetings are typically 15 minutes to an hour, Mr. Wermiel said.

The senators are usually looking to learn about how the nominee thinks and what makes the justice-to-be tick, while the nominee is trying to learn the concerns that the senators may have. This is one area where the Republicans could save time: Fewer visits, whether because of the election-season rush or because of the coronavirus pandemic, could speed up the process.

There is often political jostling over how the confirmation hearing is conducted.

Democrats and Republicans will haggle over issues, such as when it will occur, how many rounds of questioning there will be, how long the rounds will last and how many outside witnesses will be allowed to appear.

The party that runs the Senate usually tries to minimize the length of the hearings when it also controls the presidency, and the incentive to do so will only be stronger in this cycle. And since Republicans have a majority on the Judiciary Committee, they can effectively write their own rules.

The nominee will probably undergo mock questioning from advisers in what is politely known as a “murder board.” The practice sessions are similar to what presidential candidates go through before squaring off with their opponents in televised debates. Advisers will try to anticipate the questions that senators will ask.

The goal is to make sure the nominee is prepared to answer any question that a hostile senator might throw at her.

Joseph R. Biden Jr., the Democratic nominee for president, once called the hearings a “Kabuki dance.”

Justice Elena Kagan called them a “vapid and hollow charade.” 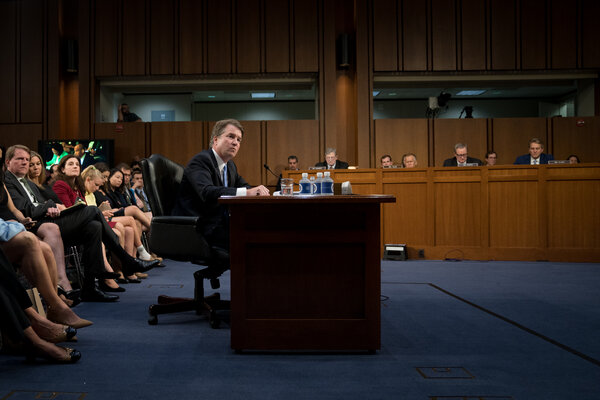 Nonetheless, the televised hearings will be conducted by the 22 members of the Judiciary Committee, which is led by Senator Lindsey Graham of South Carolina, a staunch Trump ally. Senator Dianne Feinstein of California is the top Democrat on the committee, which also includes Kamala Harris, California’s junior senator and the Democratic vice-presidential nominee.

There’s an art to the questioning, since nominees must be careful not to take positions on issues that might come before the court. For example, if a nominee directly expressed a preference to overturn Roe v. Wade, the ruling that legalized abortion across the nation, that justice might have to be recused from a future case.

So committee members typically ask more roundabout questions, hoping to read the tea leaves about how the nominee’s judicial philosophies would apply to crucial issues.

The hearings have typically lasted for three or four days, but they can be shortened. For example, Republicans could group outside witnesses in panels instead of hearing from them individually, Mr. Wermiel said.

After the hearings, the committee will vote to send the nomination to the full Senate. This is where Democrats could deploy one of the few delay tactics available to them by objecting to the vote, stalling it by one week, Mr. Wermiel said. But nothing would stop Republicans from going ahead with the vote after that, he said.

A simple majority is needed to move the nomination forward, but there’s a twist: By tradition, a Supreme Court nomination is sent to the Senate even if the nominee is rejected by the committee.

Decision time in the Senate

Then it’ll be in the hands of the full Senate, where Republicans hold a 53-47 advantage over Democrats (including two independents who caucus with the Democrats).

Though political winds can rapidly change, at the moment the Republicans appear to have the votes they need to confirm a nominee. Just two Republicans — Senators Lisa Murkowski of Alaska and Susan Collins of Maine — have said they will not support seating a justice before the election. If a third Republican dissented, creating a 50-50 tie, Vice President Mike Pence would cast the decisive vote in the nominee’s favor.