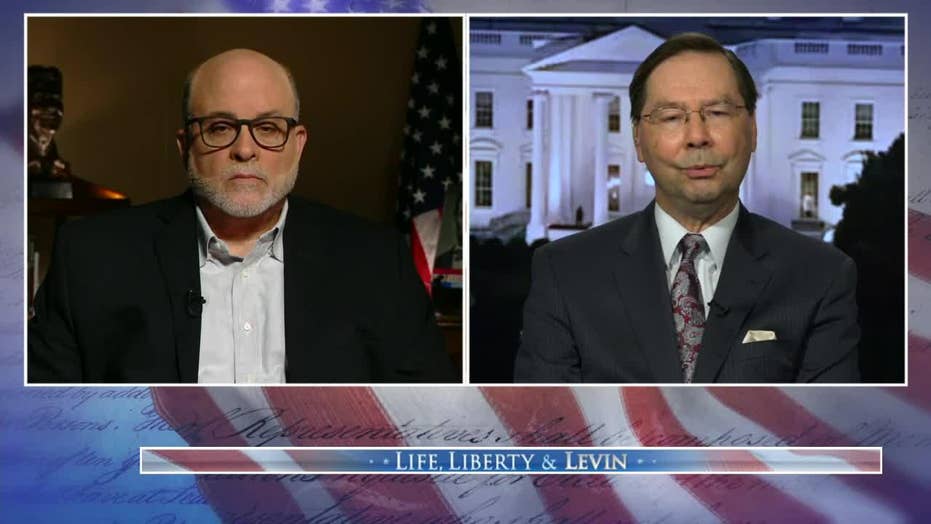 "The purpose of in-person voting, which is the way we have voted since the beginning of the country is because, most importantly, you are filling out your ballot," von Spakovsky told host Mark Levin. "You're doing it under the supervision of election officials and the observation of poll watchers so that you can ensure that no one is pressuring or coercing you in the polling place to vote a particular way, and then you yourself are putting the ballot in the ballot box.

"All of that is not happening when you vote by mail," von Spakovsky continued. "The electioneering laws, for example – which prohibit candidates from electioneering anywhere inside or close to a polling place — don't apply to people's homes. So that means that party activists, campaign staffers, political guns for hire can show up at your home and pressure you to vote a particular way or coerce you to vote a particular way.

"We see that in proven absentee ballot fraud cases," he added. "Additionally, you are putting your ballot, after you've completed it, into the mail, hoping that the Postal Service will deliver it in time."

Von Spakovsky cited recent primaries in Wisconsin, Washington D.C., Maryland and New York where officials "encouraged everyone to try to vote by absentee ballot and every single one of the states, they had problems with absentee ballots either not getting delivered to voters or being delayed in delivery to voters to the point where it was too late to vote then."