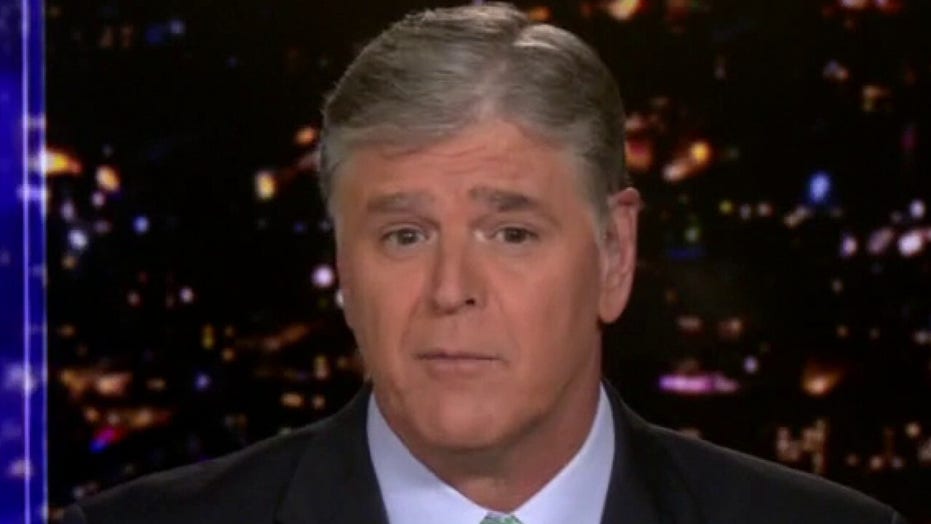 Hannity: Democrats are terrified and desperate

Americans from every background, every demographic and every race are fleeing the Democratic Party in droves.

Democrats and the media are "in full panic mode" as they come to terms with the ongoing unrest and former Vice President Joe Biden being their presidential nominee, Fox News host Sean Hannity said Tuesday.

"Tonight … it is clear the Democrats, they're terrified," the "Hannity" host said. "They're desperate. Their candidate, we all know he's weak and feeble. Now their radical socialist platform is the most extreme of any major party in history."

Because of the party's failed leadership, Hannity argued, their cities and states had descended into chaos.

"These cities and states that have been controlled for decades by liberal Democrats are now war zones," he said. "Americans of every background, every demographic, every race, they are fleeing the Democratic Party in droves tonight. The Democratic enclave of Portland, Oregon, just experienced yet another night of rioting and mayhem."

Hannity also addressed speculation surrounding Trump's health after author Don Winslow claimed, citing "whistleblowers inside [the] Trump administration, that the president has suffered a "series" of "mini-strokes" during his administration.

Former White House Press Secretary Joe Lockhart also asked on Twitter whether Trump had a stroke but was hiding it from the American people.

"Lockhart, the left, they are stricken, they are throwing anything and everything at the wall in hopes that something sticks," said Hannity before airing a series of clips in which Biden appeared to stumble over his words and asking: "Hey Dr. Lockhart, what's your diagnosis there?"

"They lie in unison," Hannity said of the media. "The same words, the same phrases, the same talking points. The mob, the media, they are the biggest donors to all things radical democratic socialist. And Biden's [only answered] some 50 questions since March and they're letting him get away with it."

The host concluded: "Let not your heart be troubled. The mob, the media, guess what, they are not in control of the future. You, the American people, in 63 days, you have the power. I don't have it – they don't have it — to shock the world again."