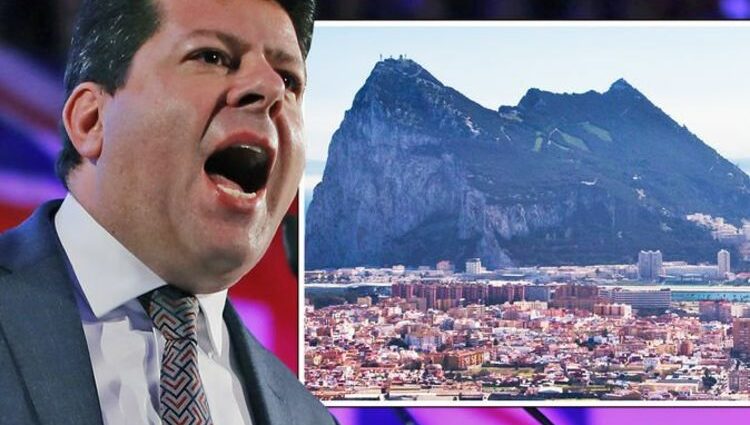 Gibraltar 'not willing to negotiate an inch' with Spain says expert

The First Minister of Gibraltar, Fabián Picardo, stated that he would not accept Spanish troops on the island. Mr Picardo spoke to the European Scrutiny Committee of the British Parliament about the ongoing negotiations between Brussels and London on Gibraltar.

The chief minister said: “Gibraltar will never accept the presence of members of the Spanish security forces on Gibraltarian soil to carry out the relevant security checks for those arriving on the Rock and wishing to enter the Schengen area.

“We have been very clear and that will not change.”

He continued: “I don’t have a crystal ball, but I can assure you that if there is one thing that is certain about the future of Gibraltar, it is three things: that it is British, British and British, and nobody should be mistaken about that.”

The 49-year-old also spoke to the committee about the need for the European Court of Justice in the country.

He said: “I believe that by the time we’ve written the operative causes of the clauses of the treaty, it will not be necessary to have at the end of the treaty in the dispute resolution mechanisms directly applicable European court jurisdiction in Gibraltar.

“I believe that the correct analysis is to look at the structure of the treaty and what it does, and ask are we able to agree with the European Union a treaty that provides what we need to provide?

“And then at the end consider together with the European Union what the appropriate dispute resolution mechanism is.

“And I don’t believe that will require the direct effect of the decisions of the European Court of Justice.”

The First Minister also declared that the future of Gibraltar would be “British, British, British” regardless of the outcome of the negotiations over Brexit.

He said: “Whilst I’m Chief Minister of Gibraltar, or indeed, as far as I can see, whilst any of my compatriots might have the privilege and honour of holding this post, no Gibraltarian would ever negotiate any arrangements that would surrender British sovereignty, jurisdiction or control over Gibraltar.

“I haven’t got a crystal ball, but I can tell you that the future of Gibraltar – if it’s one thing it’s three things – it’s British, British British.

“And nobody should make any mistake about that.”

Kayron Pozo, a citizen of Gibraltar, supported the claims from Mr Picardo – declaring that the island would never concede to “hostile” Spain.

Mr Pozo told Express.co.uk: “The biggest stumbling block is always sovereignty because we feel that, if Spain got any grip over sovereignty, then we could potentially over a period of time lose our national identity and our sovereignty.

“And I know it sounds a little bit dramatic but we have, for many, many years, had a very hostile neighbour.

“Although not hostile in comparison to other parts of the world, politically they’ve been very hostile.

“And the way that they’ve been dealing with Gibraltarians and things going back from time immemorial.

“So our hat is always up when it comes to a negotiation with Spain. But the biggest stumbling block always is sovereignty.”

He added: “Look – Spain was Moorish for longer than Gibraltar was Spanish.

“So ask the Spaniards if they want to be Moorish again?

“It’s as simple as that.

“Go to Scotland and ask them if they want to be English.

“It really is a strong sentiment so from our end of the bargain we are not willing to negotiate it an inch.”