Richards is the owner of Legacy Demolition and frames himself as a political outsider and a “rags to riches” story.

He is expected to put $1 million into his campaign, Fox News is told.

“From sleeping on a cold, dirt floor to building a successful, multi-million-dollar construction company, I’ve been blessed to live the American Dream. But that same American Dream is under assault by radical Democrats who are hellbent on destroying our country and way of life,” Richards also said. 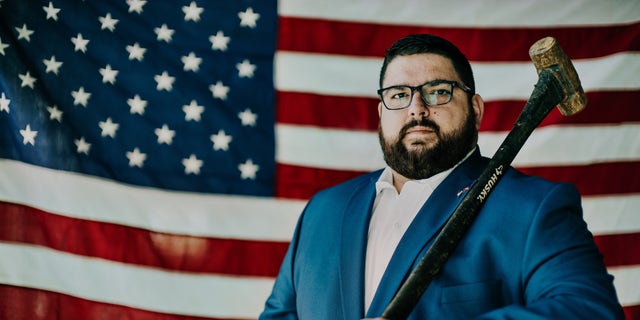 Richards further says he supports “President Trump’s America First agenda” and he will “fight for our conservative values, and Make American Great Again.”

Among the other Republicans already in the race are Marc McMain, a “hyper-local” magazine publisher, and two GOP state representatives, Timothy Barr and Paul Broun.

Raffensperger earned the wrath of former President Trump and his followers because he routinely disputed Trump’s false claims of widespread voter fraud and that the election was stolen. Hice, in announcing his campaign, said, “What Brad Raffensperger did was create cracks in the integrity of our elections, which I wholeheartedly believe individuals took advantage of in 2020.”

The winner of the GOP primary to replace Hice is very likely to win the fall election in the deep-red 10th district.

Hice won his fall 2020 race against Democrat Tabitha Johnson-Green by about 25 percentage points.