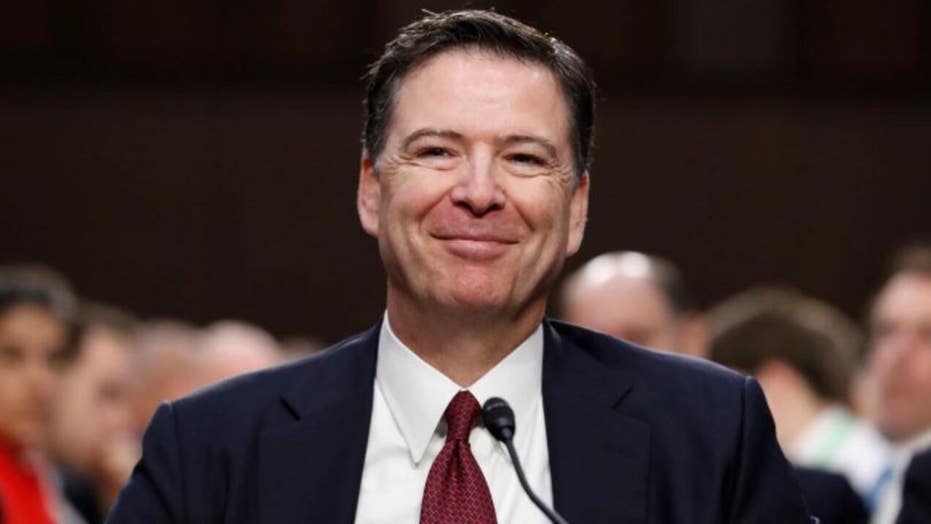 Is James Comey a target of Durham’s Russia investigation?

The documents, released in response to a Freedom of Information Act lawsuit from BuzzFeed News and CNN, include redacted copies of "302" records, which detail interviews conducted by federal investigators. Among them was an interview with an unidentified supervisory special agent who recalled the events of May 9, 2017.

The agent recalled that at approximately 4:51 p.m. the White House asked for Comey's email address. Events moved swiftly from that point on.

"Upon being asked whether the Director's unclassifed or classified email was needed, the White House representative advised [redacted] 'it doesn't matter, just give us his email address.'"

In response, Comey's unclassified, secret and top-secret addresses were sent over, the agent said.

Roughly four minutes later, the White House called the FBI to notify them that White House representative Keith Schiller was at FBI headquarters to deliver a letter, the document says. After a failed attempt to reach Comey's chief of staff James Rybicki, Schiller was finally met at the FBI's visitor center at 5:38 p.m. by someone whose name remains redacted. Schiller produced the letter and was then taken to Comey's executive suite.

Comey was not in Washington, D.C., at the time, so Schiller left the letter with someone in the office, the agent recalled.

By then, news of Comey's firing had already gotten out. After Schiller left, the agent said, someone commented that the person who received the letter "may have just handled history."