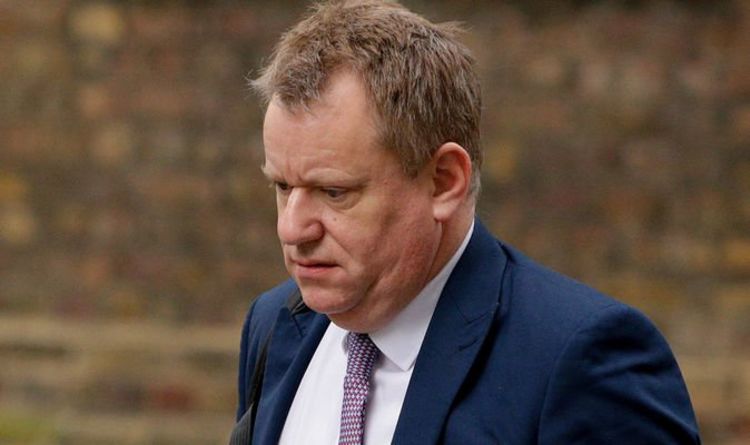 Unionist Voice Policy Studies have released their conclusions of the command paper unveiled by ministers last week. They claim after careful examination of the command paper, even if the EU agreed to ministers’ demands, the UK would still be in the “wholly unacceptable position” of having laws from the continent forced on Northern Ireland.

They claimed the UK and the EU “cannot go on as we are” on the implementation of the Brexit mechanism and demanded “significant changes”.

The Protocol was agreed as part of the 2019 withdrawal agreement and effectively keeps Northern Ireland in the single market.

It means the devolved nation is required to still abide by EU laws, despite the UK having left the trade bloc.

Among the proposals were asking Brussels to show greater flexibility in the implementation of customs checks, and also renegotiate the governance of overseeing the Protocol.

The UK is seeking to limit full customs and SPS processes should only be applied to goods “genuinely destined” for the EU.

Unionists have been left frustrated that checks have been required on goods travelling to Northern Ireland supermarkets which they say are unlikely to cross into the Republic of Ireland and therefore into the EU.

Ministers also want Brussels to “tolerate different standards” on goods in Northern Ireland to those in the EU.

However, Unionist Voice Policy Studies’s paper by Jamie Bryson argued the proposals do not go far enough as EU law will continue to be applied in Northern Ireland.

“EU law will perpetually continue to be applied within Northern Ireland,” under the terms of the Protocol as is, it says.

“This is incompatible with sovereignty per se and more specifically the constitutional status of Northern Ireland as part of the United Kingdom.

“This must be remedied and corrected, and sadly the paper provides no indication of Government intend to do so.

“In its simplest form, the United Kingdom – as a whole – voted to leave the European Union.

While praising Lord Frost’s plans as “largely positive positions” the research criticises it for “veering off” in other sections so that “there is a constitutionally absurd acknowledgement that NI (but not the rest of the UK) is to align with EU rules”.

Mr Bryson added: “That is wholly incompatible with not only the Act of Union, but the most fundamental tenets of sovereignty.

“It can not be the case that NI is an EU rule taker.”

Lord Frost is intending to hold conversations with EU officials in the coming weeks over the Protocol.

He has warned the UK will trigger Article 16 which allows him to legally suspend parts of the deal if an agreement is not found by the end of September.

From October 1 the grace periods on some customs checks will end and some products banned from crossing the Irish Sea from Great Britain to Northern Ireland.

The suggestions made in the UK’s command paper on the Protocol have already been roundly rejected by the EU.

European Commissions President tweeted: “The EU will continue to be creative and flexible within the Protocol framework.

“But we will not renegotiate.

“We must jointly ensure stability and predictability in Northern Ireland.”