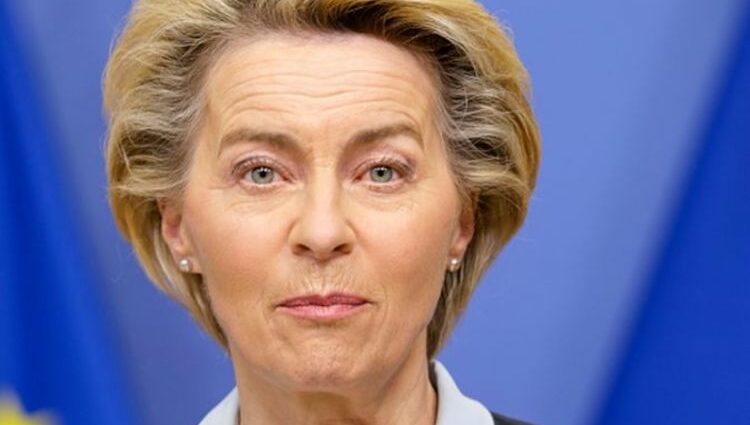 The Prime Minister apologised on Wednesday for attending a “bring your own booze” party in the Downing Street garden in May 2020, when the rest of the country was in lockdown. Mr Johnson insisted he thought the party was work-related, but said he recognised “with hindsight I should have sent everyone back inside”.

Officials in Brussels jumped at the opportunity to mock the Prime Minister when they heard the news.

One told Politico: “One more lockdown and Downing Street is the new Berghain.”

Berghain is a famous nightclub in Berlin, named after its location near the border between Kreuzberg and Friedrichshain areas in the German capital.

Mr Johnson’s tenure as Prime Minister is now increasingly reliant on the outcome of a potentially bombshell report being prepared by a senior official, as he faced brazen calls for his resignation from his own backbenchers.

He said an inquiry headed by senior official Sue Gray was examining the situation but accepted “there were things we simply did not get right and I must take responsibility”.

The scandal prompted furious Tory MPs to call for the Prime Minister to resign.

And although Cabinet ministers jumped into action to defend Mr Johnson, the late interventions of Foreign Secretary Liz Truss and Chancellor Rishi Sunak – both tipped as potential successors – did little to instil confidence in his future.

Mr Sunak had notably spent the day away from London on a visit in Devon.

Mr Johnson faced open revolt from one wing of his party, as MP for Moray and Scottish Conservative leader Douglas Ross called on him to quit.

He was joined by all 31 Tory MSPs, according to reports.

Leader of the House Jacob Rees-Mogg dismissed those who were calling for Mr Johnson to go as “people who are always unhappy”.

But a poll for The Times by YouGov, which was carried out before Mr Johnson’s apology at Prime Minister’s Questions, put Labour at a 10-point lead ahead of the Tories for the first time in nearly a decade.

In the Commons, Mr Johnson said: “I know the rage they (the public) feel with me and with the Government I lead when they think in Downing Street itself the rules are not being properly followed by the people who make the rules.”

Mr Johnson’s future will depend on how many letters of no confidence are submitted to the chairman of the 1922 Committee of backbench Tory MPs, Sir Graham Brady.

Sir Graham will not reveal how many letters have been received until the figure of 15 percent is reached, which would trigger a confidence vote. With the current parliamentary make up this would mean 54 letters.

Mr Ross confirmed he had sent his letter, and said Mr Johnson’s position was “no longer tenable” and “I don’t think he can continue as leader of the Conservatives”.

Sir Roger told the PA news agency “you don’t have bring-a-bottle work events in Downing Street, so far as I’m aware,” and “I think the time has come for either the Prime Minister to go with dignity as his choice, or for the 1922 Committee to intervene”.

Mr Wragg, a vice-chairman of the 1922 Committee, told BBC Radio 4’s PM programme: “The Prime Minister’s position is untenable and I don’t believe it should be left to the findings of a civil servant to determine the future of the Prime Minister, and indeed, who governs this country.

“I think it is for the Conservative Party – if not the Prime Minister in fact – to make that decision.”

Ms Nokes told ITV’s Peston the PM had “put himself in an impossible position”.

She said Mr Johnson “did a fantastic job” at the 2019 election, but added: “Now regretfully, he looks like a liability, and I think he either goes now, or he goes in three years’ time at a general election, and it’s up to the party to decide which way around that’s going to be. I know my thoughts are is that he’s damaging us now.”