Furious clashes between Remainers and Brexiteers broke out in London after hundreds of left-wing demonstrators marched on Downing Street and across central London chanting “not my Prime Minister” in anger at the Parliamentary majority secured by Mr Johnson. The protestors, who brandished signs that read “Defy Tory Rule”, “no to Boris Johnson” and “Refugees Welcome” sparked a backlash on social media.

One Twitter user slammed the protesters for being “leftist thugs demonstrating their inability to understand or accept British democracy”.

Another user said: “Ffs..there’s a protest in London about the election result.

A third said: “Utter cretins. You have the right to protest. 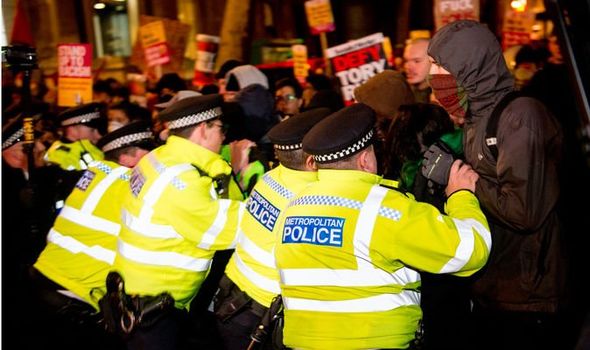 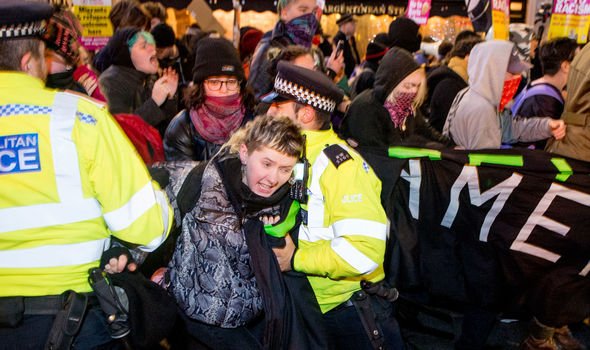 “But not the right to stampede into London, disrupt everyone, be unruly and vile, if you do, you can f***ing do one.

“I just can’t stand their level of sanctimonious arrogance.

“They lost, so they change to balaclavas and smoke and aggression because they think they’re right and perfect etc.”

Others pointed out the protests by “pathetic middle class kids” helped “persuade the so called Labour heartlands that they want nothing to do with you.” 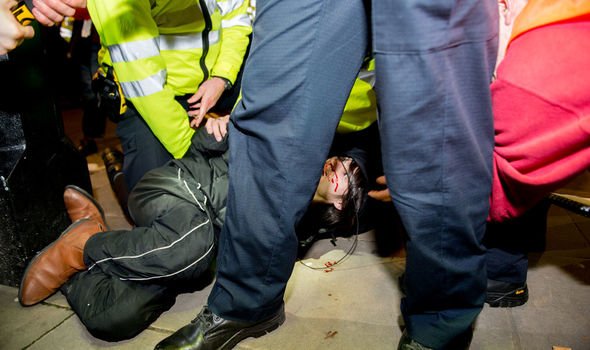 Another said: “Maybe they should move to North Korea then. They may not like him but he is undoubtedly their PM if they’re British. They need to grow up and respect democracy.”

The Metropolitan Police said two arrests were made in relation to Friday’s protests in London, one person on suspicion of assaulting a police officer and another for suspected affray.

In response, Brexit campaigner Darren Grimes wrote: “They had their chance to protest on Thursday, at the ballot box.

“Now that the country has disagreed with them they think it’s fine to attack men and women in our police force. 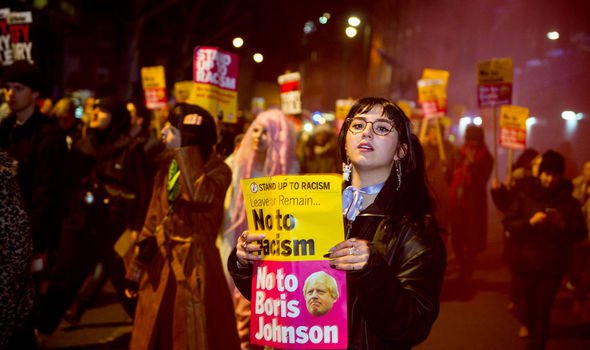 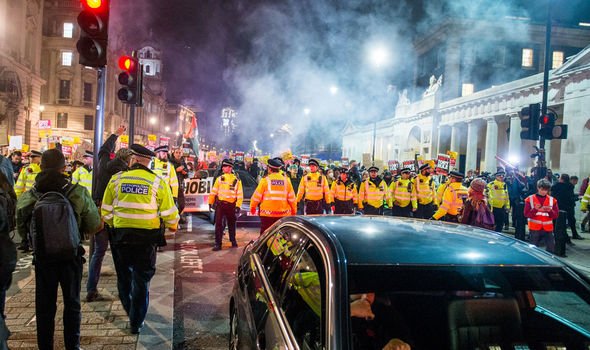 “This is absolutely disgusting. They’re not anti-fascists, they are fascists.”

In Glasgow, hundreds took to the city centre’s streets with banners and flags, chanting “Boris out” and “Say it loud, say it clear, refugees are welcome here”.

Members of the public also draped themselves in the EU flag.

Despairing over the two protests in London and Glasgow, one Twitter user pleaded with activists to “respect democracy”. 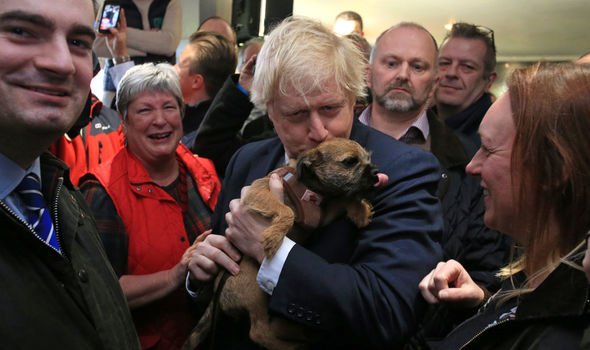 The violent protests took place on the day Boris Johnson called on the country to come together and heal from the divisions of Brexit.

The prime minister’s new-found majority will give him unprecedented control over the Brexit timetable, and many remain-voting politicians have now been driven from their constituencies.

Mr Johnson vowed to repay Brexiteers trust after being re-elected as Prime Minister with a 365-seat Government.