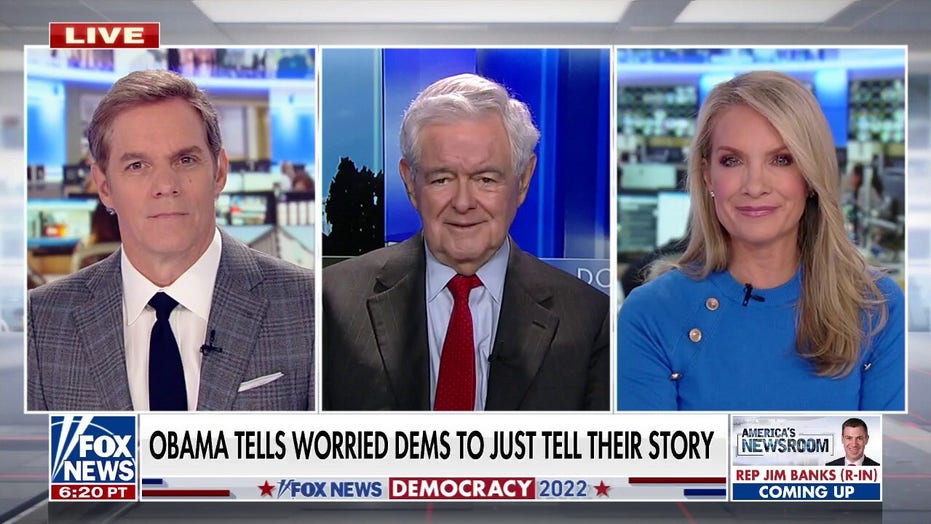 Fox News contributor Newt Gingrich joined ‘America’s Newsroom’ to discuss the issues voters care about ahead of the 2022 midterm elections and former President Obama’s visit to the White House.

Democrats are beginning to really worry about the 2022 elections. And they should.

President Joe Biden’s approval rating is collapsing. Vice President Kamala Harris’ ratings are even worse. The top three Democrat House leaders are so old their collective age would reach back to 1777 (before the U.S. Constitution was written). Senate Democratic leadership has almost nothing to show for its efforts. So, November is starting to look like a disaster for the Democrats. 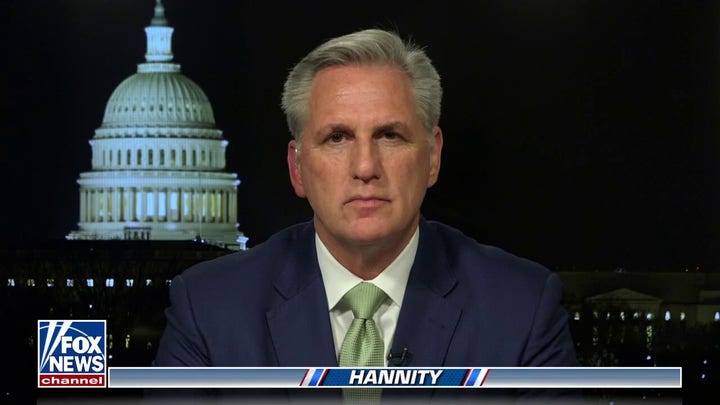 Barack Obama chimed in that it just required Democrats telling their story. Of course, he lost 64 seats to the Republicans in his first off-year election. 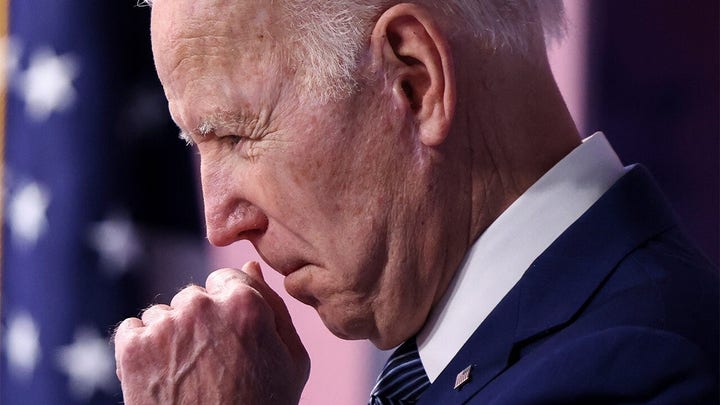 If (when) Biden loses just five seats (less than 10% of the losses in 1994 and 2010), he faces Speaker Kevin McCarthy, R-Calif., and an ardent Republican House. The odds are that the House Republicans will gain 25 to 70 seats as the voter tsunami builds in response to the economic, cultural and practical pain created by the Democrats’ policies.

Fox News reported on the scare tactic the Democrats think they will be forced into:

The only solutions that will alleviate the various crises Biden is overseeing would be the equivalent of ideological suicide.

“Heilemann said inflation is ‘psychologically the most devastating thing politically’ and said the key to mitigating losses, according to the strategy, was to make Donald Trump the face of the Republican Party and then harangue attacks against him as an undemocratic force in U.S. politics.

Yelling “Trump” and repeating “be afraid, be very afraid” will work with the hard-core Democratic partisan base (whose members are going to vote anyway). Unfortunately for the Democrats, that base is only 35% of the electorate (there are also nominal Democrats, but they can’t be scared by this approach).

Yelling “Trump” does not switch votes from people who pay more than $90 to fill their gas tanks. It doesn’t move people who find the price of groceries skyrocketing. And it definitely doesn’t inspire those who worry about getting mugged, carjacked, raped or murdered.

Yelling “Trump” does not work if 18,000 people are illegally crossing the border each day and straining American resources. (This is the equivalent of adding a city larger than Atlanta once a month.) 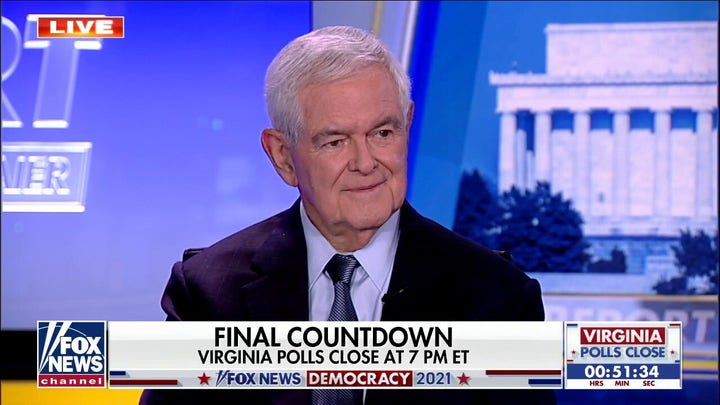 Yelling “Trump” does not regain the votes of parents and grandparents infuriated by the radical sexual politics and brainwashing that serves as education in unionized public schools.

In 1995, then-President Bill Clinton faced the crisis of his career. He knew from the GOP landslide in 1994 that the country would repudiate a left-wing president. His White House staff wanted him to stand firm as the defender of left-wing policies. He reportedly told them, “If I do what you want, I will be defeated in 1996.” Dick Morris convinced him to triangulate with the Gingrich Republicans on one side, the liberals on the other, and Clinton in the middle.

That decision got Clinton re-elected and saved him in the impeachment fight. 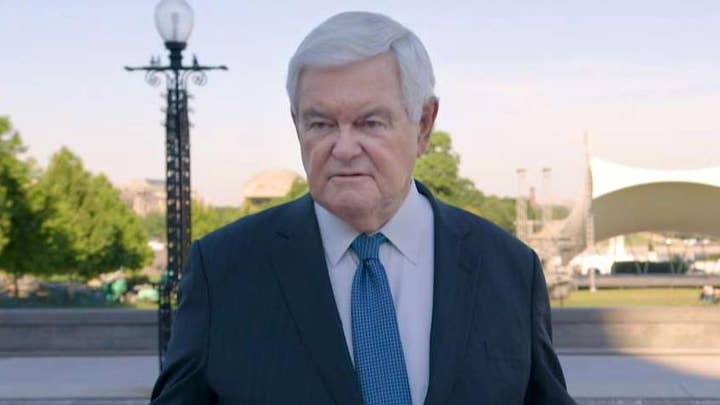 However, it also got him to sign welfare reform based on work, Medicare reform, U.S. Food and Drug Administration reform, telecommunications reform, the largest capital gains tax cut in history, and the only four consecutive balanced budgets in your lifetime.

The left hated Clinton’s sellout of the true faith. As Theodore White had warned in “The Making of the President 1972,” the liberal ideology had become a liberal theology. In the secular church of the left, Clinton became a heretic. It has haunted his wife ever since.

Biden now faces the same crisis. The only solutions that will alleviate the various crises he is overseeing would be the equivalent of ideological suicide. The far left simply wouldn’t accept them. 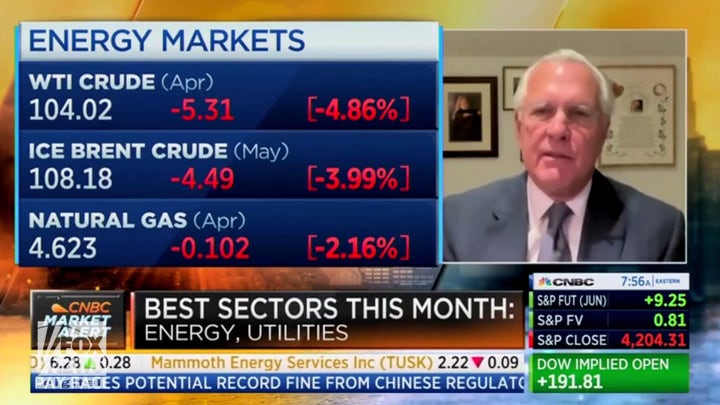 If the 2022 election were important enough, he would have to reverse his energy policies to produce American oil and gas, reverse his immigration policy to gain control of the border, reduce spending and regulations to get inflation under control, take on the more extreme woke elements especially in the schools, and become aggressively pro-victim and anti-criminal.

Those changes would work with most Americans, but they would lead to a vicious civil war in the Democratic Party.

So, the only strategy that might work is a strategy Democrats can’t tolerate. They would rather lose than give up on their Big Government Socialist ideology and woke values.

And they will lose.