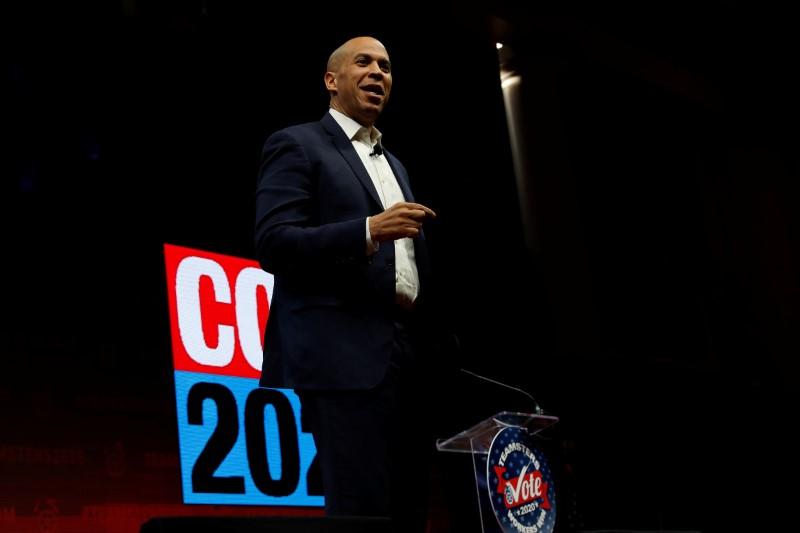 DES MOINES, Iowa (Reuters) – U.S. Senator Cory Booker, an African-American candidate who had recently bemoaned the increasingly lack of diversity in the Democratic presidential field, on Monday said he was ending his White House campaign.

Booker, a New Jersey Democrat, had been talked about as a potential presidential contender for two decades, ever since his underdog campaign for the mayor’s office in Newark, New Jersey, was chronicled in an Academy Award-nominated documentary.

His departure from the race came one day before the latest Democratic presidential debate in Iowa, where only six candidates, all white, have qualified for the stage.

Booker, 50, had centered his campaign on calling for love, unity and common purpose to combat Trump’s divisive rhetoric, a message that occasionally seemed at odds with a Democratic base deeply angered by the president’s behavior.

In an email to supporters, Booker said the campaign did not have the money to continue competing, especially given that he would miss Tuesday’s debate and will likely be forced off the campaign trail to serve as a juror in Trump’s upcoming impeachment trial in the Senate.

“I’m proud of the ideas we brought to this Democratic primary and, more importantly, the values we championed throughout – that the only way we make progress is by bringing people together – even when we were told that our approach couldn’t win,” Booker said.