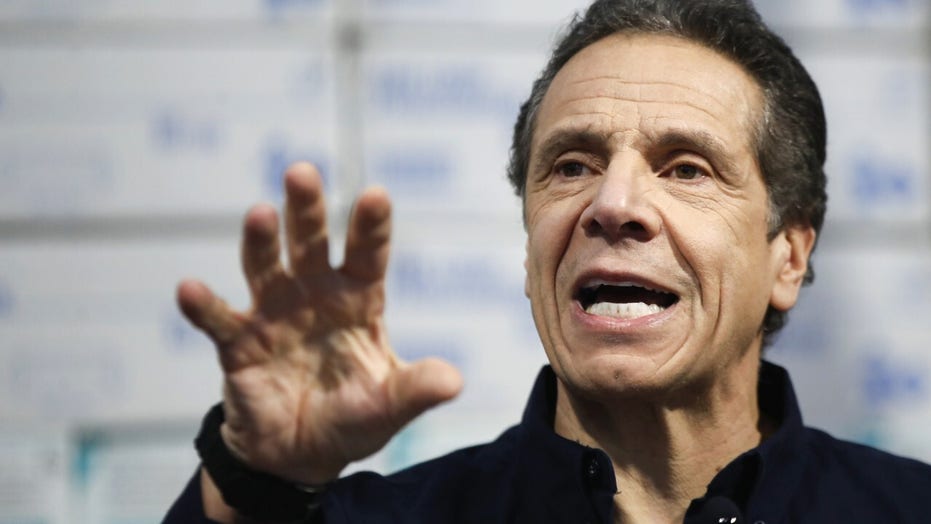 What fallout will Gov. Cuomo face from cover-up investigation?

The scandal that’s embroiled Albany is going to Washington.

Cuomo, a Democrat, has denied he covered up nursing home deaths.

“When Judge Garland testifies before this Committee, we expect him to commit the Department of Justice to fully investigating this cover-up to determine whether any criminal laws were violated and to prosecute any violations,” a group of nine Republicans led by Sen. Ted Cruz, R-Texas, said in a letter this week. 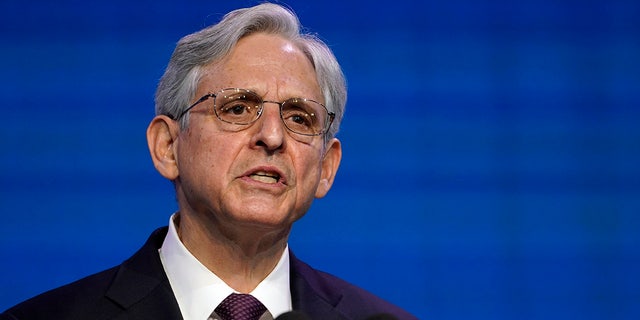 Meanwhile, Sen. Chuck Grassley, R-Iowa, is calling on the Biden administration to retain U.S. Attorney Toni Bacon, who is among the U.S. attorneys that the president is asking to resign in order to transition in the new administration’s preferred prosecutors.

Some U.S. attorney holdovers were asked to stay on by the Biden administration, including Delaware U.S. Attorney David Weiss, who is leading an investigation into the taxes of the president’s son Hunter Biden. Grassley is essentially asking that the administration take a similar stance with Bacon, who he said would be the best person to investigate if Cuomo broke any federal laws.

“In bombshell reporting last week, we learned that Melissa DeRosa, a top aide to New York Governor Andrew Cuomo, admitted to New York state lawmakers that Governor Cuomo and members of his staff may have intentionally withheld information about the number of COVID-19 deaths which occurred in New York nursing homes due to missteps of the Cuomo administration,” Grassley wrote in a letter to the president. “If Ms. DeRosa’s most recent comments are true, then it also seems likely that officials in New York may have violated federal law.”

“In New York, an investigation into Ms. DeRosa’s admissions likely cannot be handled by Acting Southern District of New York U.S. Attorney Audrey Strauss, who, as coincidence would have it, is Ms. DeRosa’s mother in law. Luckily, the Acting U.S. Attorney for the Northern District of New York, Antoinette ‘Toni’ Bacon, is a long-time career prosecutor in the Justice Department who most recently served as the Elder Justice Coordinator for the Department,” Grassley added. 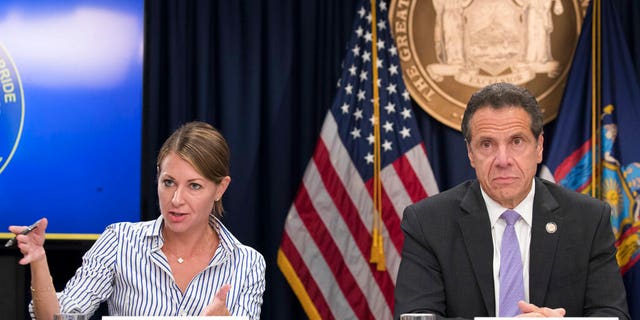 In this Sept. 14, 2018, file photo, Secretary to the Governor Melissa DeRosa is joined by New York Gov. Andrew Cuomo as she speaks to reporters during a news conference in New York. De Rosa, Cuomo’s top aide, told top Democrats frustrated with the administration’s long-delayed release of data about nursing home deaths that the administration "froze" over worries about what information was "going to be used against us," according to a Democratic lawmaker who attended the Wednesday, Feb. 10, 2021, meeting and a partial transcript provided by the governor’s office. (AP Photo/Mary Altaffer, File)

Garland, who is a widely respected judge on the D.C. Circuit Court of Appeals, is almost certain to be confirmed as the attorney general despite what’s expected to be tough questioning at his confirmation hearing. He’ll have a say in Justice Department staffing if confirmed, which means it’s possible he’ll face questions next week about retaining Bacon.

The White House did not immediately provide a comment on Republicans’ intention to ask Garland about Cuomo, or on the president’s thoughts on the New York governors amid the allegations against him.

The focus on Cuomo comes as liberal CNN and the governor’s brother, host Chris Cuomo, have given the Democrat’s controversies little to no airtime. Previously, the network gave Chris Cuomo free rein to conduct friendly, comical interviews with the governor, who wrote a book about successfully handling the pandemic in the middle of the pandemic.

During next week’s Garland hearing, Republicans have also signaled they’ll ask the nominee about the Hunter Biden investigation, which the president has promised to stay out of to prevent any appearance of a conflict of interest, and much more.

Garland was former President Barack Obama’s pick for Supreme Court justice in the final year of his presidency. But his nomination was blocked by Senate Republicans who said that though Garland would have been a highly qualified pick, they wanted to let the winner of the upcoming presidential election select the Supreme Court replacement to Justice Antonin Scalia. Justice Neil Gorsuch was eventually nominated by former President Donald Trump and confirmed by the Senate.

Now, Biden, who then was Obama’s vice president, is aiming to elevate Garland to be the nation’s chief law enforcement officer.

If Garland is confirmed, it will create an opening in his seat on the D.C. Circuit Court of Appeals, which is widely considered the second-highest court in the land and a feeder bench for the Supreme Court. That is likely to create a very high-profile judiciary confirmation fight that could explode later this year. 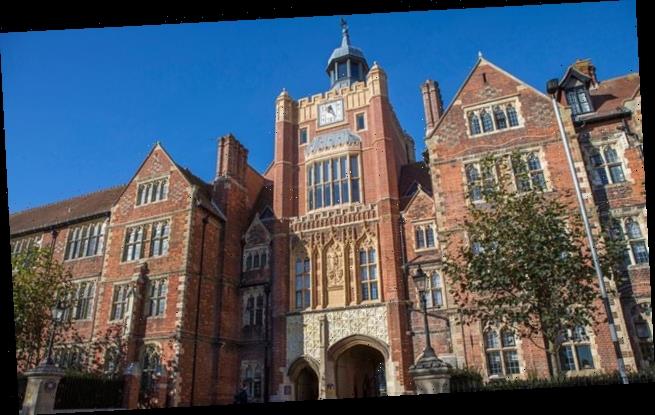