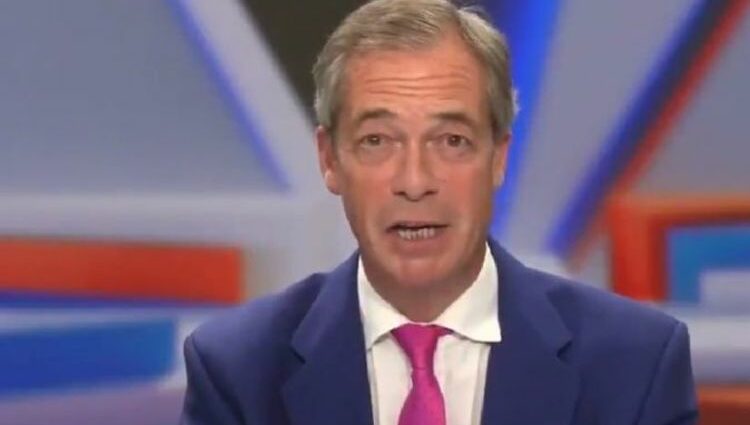 Nigel Farage has toasted the return of the historic Red Ensign after Rishi Sunak announced plans to boost the number of ships sailing under the British maritime flag. The GB News presenter hailed the announcement as “music to his ears” and a fitting tribute to Britain’s proud seafaring heritage. He also exclaimed joyously that a similar plan on behalf of the UK Government would not have been possible had Britons not voted to leave the EU in 2016.

“The red ensign is coming back with tax incentives, that’s what he said.

“In his speech today a lot that was really, really interesting, he talked about the maritime history of this country of what we stood for a lot.

“It was terrific and he made the point that the previous rules that allow ships to fly any EU flag to receive preferential treatment.

“He said it didn’t make sense for us as an independent nation, wow!

“Instead, a new tonnage tax regime will reward vessels of flight the UK is a merchant shipping flag,” continued Mr Farage.

“It’s the red ensign Sunak said that is entirely fitting for a country with a proud maritime history.”

The red ensign – also known as the Red Duster – is a flag flown by British merchant or passenger ships and has been since 1707.

Mr Farage added: “The wonderful thing is, he then made a joke, he said the Labour Party actually shouldn’t be pleased that at least the red flag is flying somewhere.”

“You have to say whatever you think of his tax and spend policies, he is very good in the House of Commons at delivering it.

“And here’s something once again that we couldn’t have done as members of the European Union that we’re now able to do, which, as you can imagine, is music to my ears.”

On Wednesday the Chancellor told the Commons: “When we were in the old EU system, ships in the old tonnage tax regime were required to fly the flag of an EU state.

“But now that doesn’t make sense for an independent nation so I can announce today that our tonnage tax will, for the first time, reward companies for adopting the UK merchant shipping flag, the Red Ensign.”

“So I can announce today that our tonnage tax will – for the first time ever – reward companies for adopting the UK’s merchant shipping flag, the Red Ensign.

“That is entirely fitting for a country with such a proud maritime history as ours.”