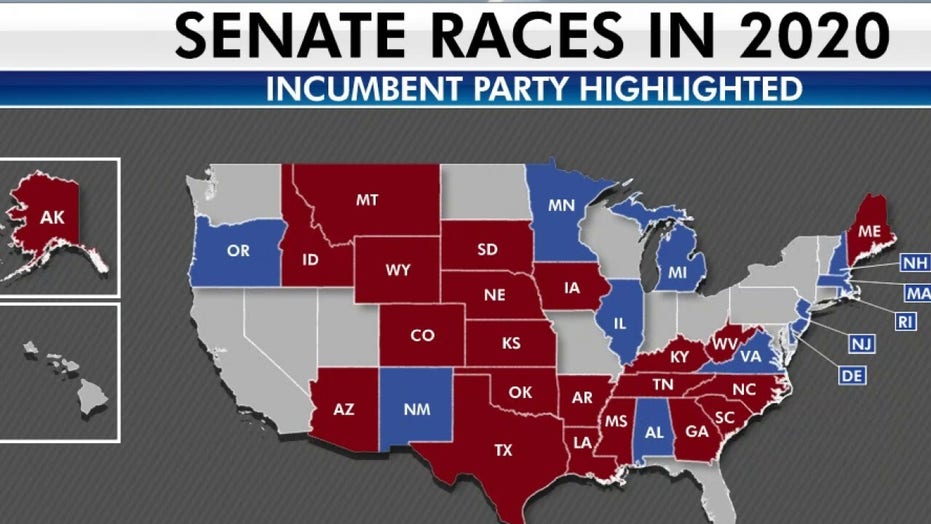 The Republicans’ Senate majority at risk

A look at the most closely contested races.

Colorado Republican Rep. Ken Buck and Democratic challenger Isaac “Ike” McCorkle held their first and only congressional debate Friday night, which ended in a shouting match that saw McCorkle firing questions at Buck, as he and the moderator left the stage.

The explosion started during Buck’s closing remarks, in which he asked why McCorkle chose to hold a fundraising event with progressive activist Khristopher Jacks, who allegedly claimed in a Project Veritas video this week that if President Trump were to re-win the presidency, a left-wing militant group should rise up.

Fox News could not confirm the validity of the Project Veritas footage or reach Jacks for comment.

“I hope you’ll give every penny back that you earned in that fundraiser with somebody of this mentality,” Buck said to McCorkle. “This is absolutely disgraceful that the Democrat Party and a candidate running for office in the 4th Congressional District would do something like this.”

But McCorkle, who had already given his closing remarks shot back with questions of his own, and disregarded the moderator’s call for the debate to end.

“I can’t let you continue…because you’ve already had your closing remarks,” the moderator told McCorkle.

Buck advised his opponent to speak with the journalists present after the debate, and he along with the moderator got up to leave the event as McCorkle continued to shout questions.

“I would call on my opponent to denounce white supremacy in all its forms and fashions,” McCorkle said.

BIDEN CAMPAIGN SAYS THEY ARE NOT AHEAD BY DOUBLE-DIGIT LEAD

“I would like to ask my opponent why he wore a ‘Kill ‘Em All and Let God Sort ‘Em Out’ T-shirt the day after innocent Americans were gunned down on American streets,” he added, referring to a controversial shirt Buck wore during a political rally in August. "I’d like to have the opportunity for you to answer those questions.”

Neither Buck nor McCorkle could be immediately reached by Fox News for comment.

Both candidates are running for the seat in the Fourth Congressional District, the largest district in the state and a traditionally Republican area.