‘Clock is ticking!’ Sunak under pressure to become different sort of Chancellor or resign 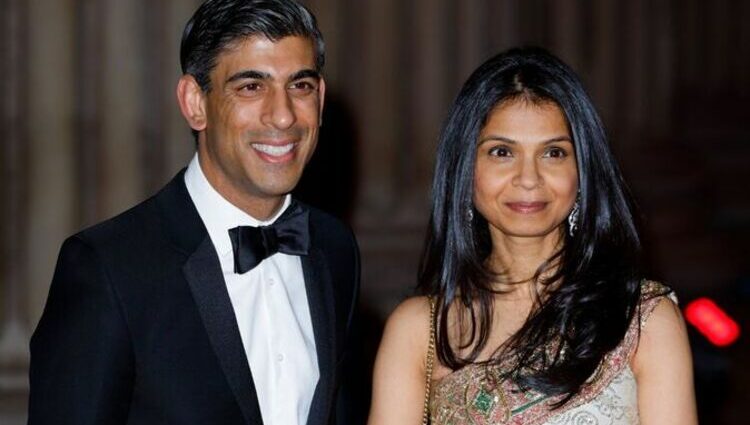 Chancellor Rishi Sunak is under pressure from allegations of a conflict of interest, leaving the ‘clock ticking’ on his political career. The nation has questioned the authenticity of the Chancellor after information on his wife’s avoidance of UK taxation recently emerged. Conservative party expert, Henry Hill spoke to LBC to analyse the implications of the recent media reports against Sunak. Mr Hill, Deputy Editor of ConservativeHome, explained Sunak must either “change course” in his policies as Chancellor or let his time in office come to an end by resigning.

The Deputy Editor described the situation as “politically incredibly difficult” for the Chancellor as the media revelations undermine his policy aims.

Despite this, the Conservative Party expert explained the Chancellor’s political position has become unstable now the questions relating to his household tax payments have entered the “public domain.”

With the public questioning, the trust they have placed in the Chancellor, Rishi Sunak’s political career appears to be on the brink of collapse.

“This story is going to be incredibly toxic,” warned Hill.

In order to overcome the allegations, Hill advised Sunak should “change course and become a different sort of Chancellor.”

The political expert concluded if Sunak fails to achieve this change in direction, then the “clock is ticking,” on his remaining time at the centre of British politics,

The Chancellor’s wife, Akshata Murty, has been at the focus of recent media revelations that she has avoided millions of pounds in UK tax on foreign income.

Despite owning several homes in the UK, Murty has retained non-domicile status, meaning she has declared she does not permanently reside in the UK, instead her home is registered as India.

In doing so, Murty has avoided paying millions in UK tax as her non-dom status exempts her foreign income.

The information has been at the centre of tax-avoidance allegations levelled at Murty and her husband the Chancellor of the Exchequer.

In response to the allegations Sunak has asked Prime Minister Boris Johnson to conduct an independent review into his financial background.

Sunak claims he has abided by financial guidelines throughout his political career and has previously declared his wife’s tax position.

The revelations come at a pivotal time for the Chancellor as the cost of living in the UK rises to a critical level.

The Chancellor has told the PM he is “confident a review of my declarations will find all relevant information was appropriately declared.”