Britain in move to export Ukrainian grain out to the world 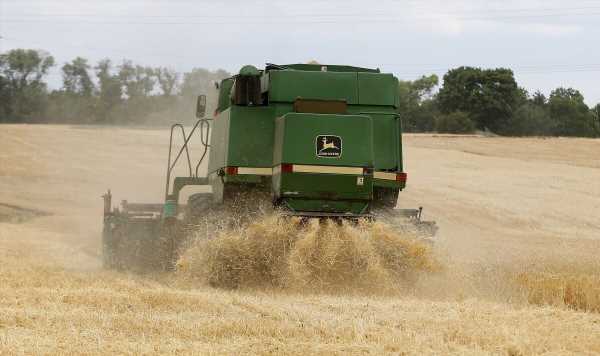 The move will be announced by Boris Johnson during today’s G7 meeting in Germany, as he tells the world’s richest economies: “Ukraine can win and it will win. But they need our backing to do so. Now is not the time to give up.”

The PM will also boost financial support with a further £429 million in guarantees for World Bank lending, adding to the £1.3bn in military aid and £1.5bn in economic and humanitarian support already given to Ukraine since Russian premier Vladimir Putin ordered his forces to invade in February.

It comes as British troops deployed across Eastern Europe’s borders were placed at high readiness over intelligence warnings that Russian forces are poised to strike Lithuania or Estonia to secure land access to its forces in Kaliningrad.

The G7 meeting and the Nato summit which follows it in Madrid represent “the most crucial gathering of world leaders since Putin’s full-scale invasion of Ukraine”, government sources say, as Russia’s weaponisation of energy and food supplies prompts some world leaders to urge Kyiv to seek a compromise with Russian premier Vladimir Putin.

Britain supports Ukraine’s goals of ending the war with a deal which will see all Russian troops pulled out of territory occupied since February 25.

Ukraine is one of the world’s top food producers, and Russia’s blockade of its Black Sea ports means that more than 20 million tonnes of grain is languishing in silos while tens of millions struggle to eat. 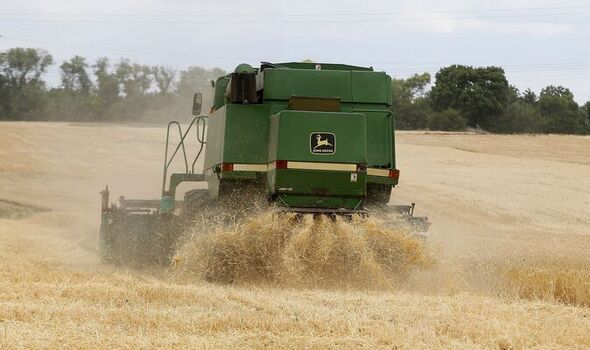 Mr Johnson said: “A lot of the Commonwealth countries look at this and say we are looking at huge increases in the cost of fertiliser fuel, or food. This is a European war. This is not our problem. We want you to fix it,

With Turkey denying Nato navies access to the Black Sea, and fears that Putin will leverage shipments in return for sanctions relief, options for getting grain through Russian blockades are limited.

“Plan B” depends on using a UN plan for safe lanes and empowering Ukraine to control the sea lanes from the shore.

And, here, there are two things which the UK has specialist expertise in, said Mr Johnson.

“One is remote de-mining and the other is insurance of commercial vessels in contested waters. A lot of grain freighters are going to be reluctant to do it, they are going to need the right insurance and the UK has a lot of expertise in that.”

Today’s meeting of UK, US, Canadian, Japanese, French, German and Italian leaders will also be addressed by Ukrainian president Volodymyr Zelensky, who will warn that his country could run out of funding by the autumn unless it is given urgent financial help.

The British loan guarantees will help to cover costs such as public sector wages, and the running of schools and hospitals.

Russian forces were last night continuing to gain ground in Eastern Ukraine with Lysychansk – the last city in the Luhansk region still held by Ukraine – on the brink of defeat.

But Mr Johnson will use an intervention to urge Western leaders to have patience “while helping Ukraine to change the equation.”

Speaking at the luxury spa retreat Schloss Elmau in the Bavarian Alps, he said: “The UK will continue to back Ukraine every step of the way, because we know that their security is our security, and their freedom is our freedom.

“If Putin gets away with the naked conquest of other people’s territory, then the read-across for every single country here is absolutely dramatic.”

Russia’s new momentum has caused concerns elsewhere, too, with intelligence reports warning that it may take steps to regain land access to its military enclave in Kaliningrad. This would involve an incursion into Lithuania or Estonia – both Nato members.

It follows the decision by Vilnius to close rail access for sanctioned Russian goods such as steel to and from the exclave, which passes through the narrow 40-mile stretch of land known as the Suwalki gap.

Any incursion into Nato territory could spark an Article 5 call, and lead to a broader war between Russia and Nato forces.

But analysts say Putin’s military commanders may take the risky move anyway, believing that Nato will not have agreed approval from its members to react at speed. Putin will also consider his ability to withhold all gas supplies from Germany should it back a Nato response, which must be unanimous.

Last night Nato increased surveillance along the 186-mile long border with Russia, boosted by a squadron of the Royal Dragoon Guards deployed to Lithuanian and supported by an aviation group of Wildcat helicopters.

Britain also has 1,600 troops in Estonia, including Challenger tanks and armoured units, deployed alongside NATO forces, and

a further 2,000 troops – ranging from Paratroopers to artillery – are currently based or on exercise across Estonia, Macedonia and Poland.

Last night Justin Crump, CEO of the Sibylline strategic risk group, said: “Though Russia can still access Kaliningrad by sea, the threat of a land incursion in Lithuania or Estonia is credible.

“Neither Russia or the West actually know what each other’s tipping point may be, and not heightening Nato’s alert posture may actually incentivise Russia to act.”