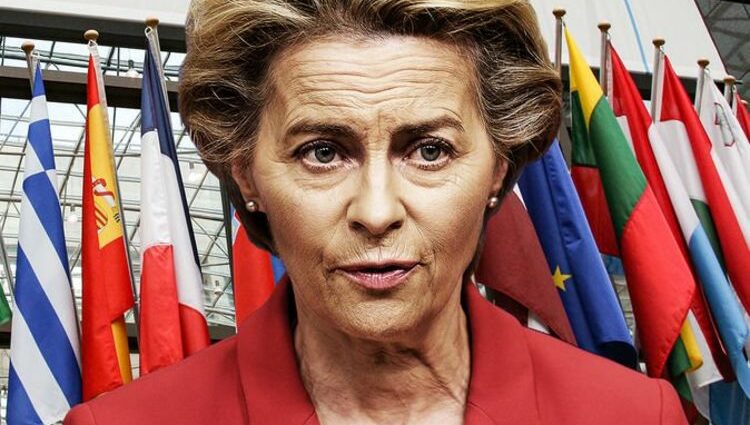 Kieran from Sunderland called into 5 Live to voice his frustrations at the European Union. He argued the institution was slow-moving, over-governed and too bureaucratic. He also noted some issues the bloc has been having and predicted it would have competition issues post-Brexit.

The caller said: “It is interesting, I was telling your colleague before coming on that I worked in Ireland and I worked as a lawyer.

“I dealt with the European Union and the legal system within a member state.

“This idea that the EU is somehow benign is ridiculous.

“For anyone listening, if you have a problem with insomnia just download an EU regulation.

DON’T MISS: Brexit-bashing Anna Soubry announces she will be back in court

The caller went on to say how the EU has struggled since the UK has left the bloc.

He said: “The other point I was going to make was your colleague talking about all the forms, exactly, that is the reason why the EU’s competitiveness is shrinking.

“Its international trade has fallen by 35 percent over the last 10 years and it is falling.

“Since we pulled out, the German car industry is on the verge of collapse, they are down 14 billion Euros worth of sales to this country.”

The caller then went on to argue against the election process in the European Union.

He said: “The other point I would make is this, who runs the EU.

“I never voted when I was in Ireland for any of the Presidents of the Commission.

“Who voted for Ursula von der Leyen, who is she accountable to.

“A lot of people were criticising Boris Johnson yesterday and sometimes for good reason, you can vote him out.

“But you can’t vote out Ursula von der Leyen of the European Commission.

“There is no accountability.”