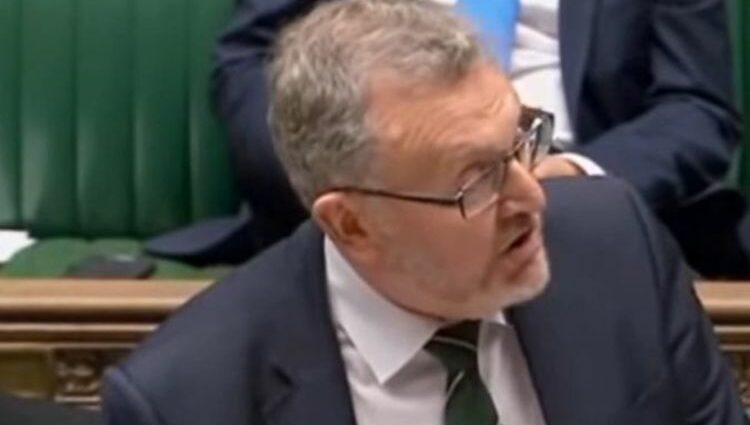 The new UK trade envoy to New Zealand David Mundell explained Britain’s free trade deal with New Zealand will be a major boost for British farming. He explained that it will spark job opportunities for Britons in New Zealand. Speaking to Express.co.uk, Mr Mundell said: “If back in the UK you work for a firm that is specialist in agritech that would be helpful in terms of jobs.

“In terms of businesses that are making the most of the opportunities set out.

“Ultimately, it’s what this is about. Jobs here in the UK.

“I hope people will see those opportunities come along.”

It comes as a report suggested the UK’s post-Brexit trade policy risks leaving the country without a plan for the major economic change that leaving the EU is already starting to bring about.

The policy has been too focused on rushing through agreements at the expense of an underpinning economic strategy, said the Resolution Foundation and the Centre for Economic Performance at the London School of Economics.

The UK’s entry into the EEC half a century ago resulted in faster trade growth with the EU than the rest of the world, helping to reduce the productivity gap with Germany and France, research suggested.

Leaving the EU, combined with the impact of the pandemic, is set to bring about “seismic shifts” to the UK economy over the coming decade, but they are being ignored in a debate too focused on the nuts and bolts of individual trade deals, it was warned.

Sophie Hale, principal economist at the Resolution Foundation, said: “For the first time in 50 years, the UK has a proper, independent trade policy, but our trade debate has focused almost entirely on the nuts and bolts of individual trade deals, completely missing the big picture that a successful trade policy requires an economic strategy.

“Trade is about far more than tariffs and quotas. It can shape a country’s economic strengths and weaknesses, which in turn affect the kinds of jobs many people do up and down the country.

“This profound economic change is already starting to take shape in post-Brexit Britain. We urgently need to align our trade policy with a wider economic strategy so that it supports the kinds of jobs and sectors that we want to expand over the next decade.”

Swati Dhingra, associate professor at the Centre for Economic Performance, said: “Trade agreements, focusing on piecemeal market access, are not going to deliver the economic objectives of inclusive sustainable growth.

“The Brexit debate has increased awareness and understanding of economic integration. Now that knowledge needs to be harnessed to redefine the UK’s place in the world trading system, at a time when the pandemic and global tensions have caused widespread economic disruptions.”

Emily Thornberry, shadow international trade secretary, said: “The Tory government has thrown away a historic opportunity to reshape our trade policy to support British exports, jobs and growth, all in the hope of a few quick photo opportunities and signing ceremonies.

“And now in their desperate pursuit of that misguided policy, they are preparing to sell out our farming communities to Australia with nothing to show in return, the sorriest chapter yet in a five-year saga of failure.”

A Department for International Trade spokesperson said: “As an independent trading nation, we have negotiated trade agreements covering 68 nations and the EU worth £744 billion, securing jobs and investment in every region and nation of the UK.

“Our trade strategy is attracting valuable investment and boosting our world-class exports that will bring better paying jobs, higher living standards, and prosperity to every part of the UK as we build back better from the pandemic.”