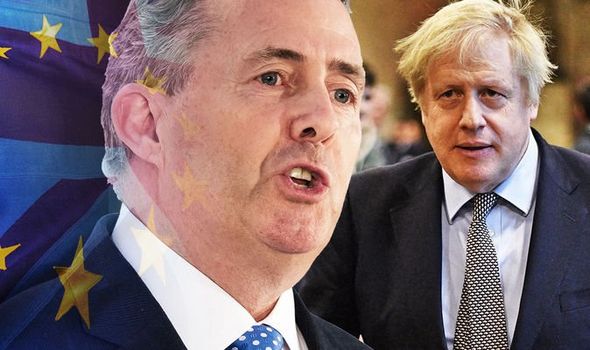 He is to urge the Prime Minister to break up key Government departments and introduce a wide-ranging Civil Service Act to shake up the Whitehall management structure. “The case for change is now too strong to resist,” the former International Trade Secretary will say.

“We need Whitehall structures designed for our post-EU future and a civil service that is able to wean itself quickly away from two generations of Euro-centricity,” he will add.

Dr Fox will today use a speech to the Institute for Government to speak out about the direction of Mr Johnson’s government. It will be his first major political intervention in public since being sacked from the Cabinet by the Prime Minister.

In his speech, the former minister will signal his support for proposals for a radical shake-up of the Civil Service floated by the Prime Minister’s chief strategy adviser Dominic Cummings. 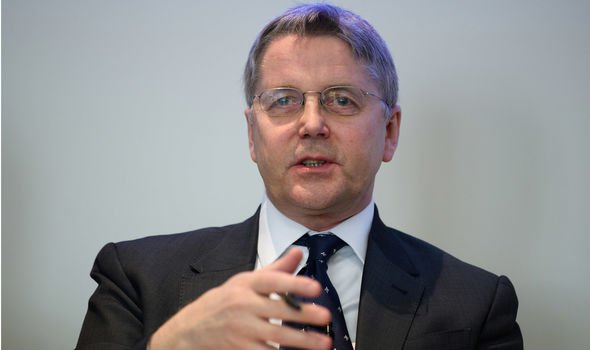 Mr Cummings, below, recently called for “weirdos and misfits” to apply for jobs in Downing Street to try to combat a staid culture of resistance to change within Whitehall.

“As Britain prepares to leave the European Union, and to disengage with its administration and institutions, there will clearly need to be changes in the way the United Kingdom organises its own governmental structures.

“With a new government in place with a strong mandate at such a key moment in our history, this is the time to slaughter the sacred cows to which successive governments have given a last-minute reprieve in order to buy political peace,” Dr Fox will say. 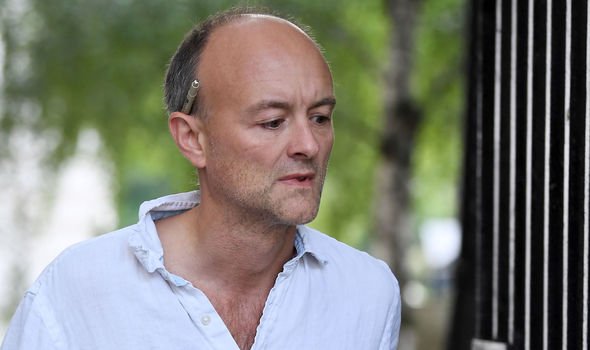 “We should also take this opportunity to determine whether the current civil service model is appropriate for the tasks ahead.”

“Our victory has created a political moment which is as important as Mrs Thatcher’s victory in 1979,” the former minister is to say.

Lashing out at pro-Brussels mandarins, Dr Fox is expected to tell his audience: “A number of senior former civil servants, some in the unelected House of Lords, made clear their passionate opposition to the implementation of the Brexit vote despite the clearly stated aim of the government to do so.

“It is not difficult to believe that they were simply the tip of the iceberg, most of which was submerged inside a civil service with a deep antipathy to the whole concept of disengaging with the European Union.

“Those of us who witnessed events from close quarters will never be able to tell how much of the foot dragging and institutional inertia came from the Civil Service and how much was a result of political instruction from those senior politicians in the government who were never able to reconcile themselves with the result of the democratic referendum that they themselves instituted.”

His jibe is understood to be partly directed at former chancellor Philip Hammond and other Remain-backing ministers who attempted to frustrate Theresa May’s Brexit plans.

He will argue that the aid department, which spends more than £14billion a year of UK taxpayers’ cash, is effectively running a rival foreign policy.

“A successful trade policy is not simply about trade deals, as too many commentators and politicians seem to believe, but generating income from selling more British goods and services abroad.

“Global Britain cannot be done on the cheap nor if it is seen as primarily a Whitehall exercise rather than a global one,” the former minister will say.

Dr Fox will also call for a current programme of “overseas apprenticeships” introduced under his leadership at the international trade department to be expanded to give more young people the opportunity to promote Britain abroad.

“This would see new opportunities for young people, and those wishing to take a new career course, to work with our overseas networks and to experience for themselves the sort of opportunities that are out there for a genuinely global, open and connected Britain.”

He wanted the programme extended to the Foreign Office to help “create a cadre of young people who see how our future needs to be shaped by the era of globalisation rather than an over-dependence on the EU.”

Dr Fox warned that many civil servants could be expected to resist any attempt to overhaul the way Whitehall works and press the Prime Minister to back away from radical reform.

“The sublime irony is, of course, that this advice will be coming from many of the very same people who sought to thwart Brexit itself.

“It is true that machinery of government changes can be diversionary, but this is also the time for significant internal change to match the scale of the external challenge.

“With a new government elected, with a strong majority, in a Britain about to abandon some of the institutions to which it has been shackled for the last 40 years, this is no time to give undue weight to traditional self-interest,” he will say.