The Prime Minister has repeatedly said Britain will leave the EU “with or without a deal” on October 31. But Boris Johnson has faced a tough few weeks in Parliament, losing crucial votes as the Tory majority crumbled. The Irish backstop has proved to be the biggest stumbling point for the UK securing a Brexit deal with the EU – with Mr Johnson previously describing the arrangement as “undemocratic”. But there could now be a breakthrough.

The Prime Minister has mooted the idea of an ‘All-Ireland’ zone; a pact which would, in theory, removed the need for the backstop entirely.

The idea, which does not cover tariffs on goods, would see checks carried out on most goods crossing between the north and south of the island of Ireland.

Mr Johnson pitched the idea during talks with the DUP on Tuesday, suggesting a “Storming lock” to ensure Northern Ireland would be able to veto any future changes to the amendment.

The idea comes as the Prime Minister also pushed for an idea he first suggested as foreign secretary – a 21-mile bridge between Northern Ireland and Scotland.

But what does the All-Ireland pact really mean for the Irish backstop – and for Brexit? 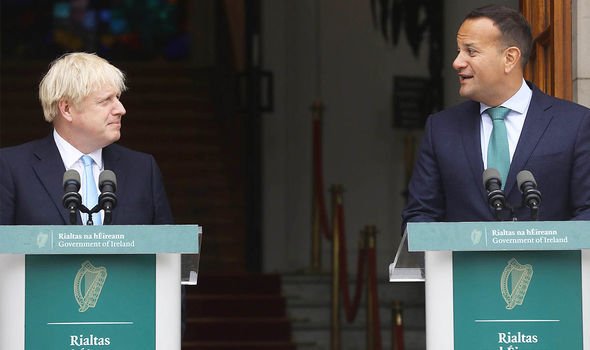 What is the All Ireland pact?

The idea was first hinted at by Boris Johnson, who believes it could help negate the need for a backstop, in the Commons last week.

His proposal would effectively keep Northern Ireland in the EU single market for livestock and agricultural products.

These are goods which make up the majority of trade across the border between NI and the Republic.

But the plans, which only apply to health and regulatory checks, do not include tariffs – meaning a border may still need to be created in the Irish Sea for good passing from NI to mainland Britain.

However, Mr Johnson claims this tariff problem could be solved by “alternative arrangements” – including trusted trader schemes and electronic pre-authorisation of goods. 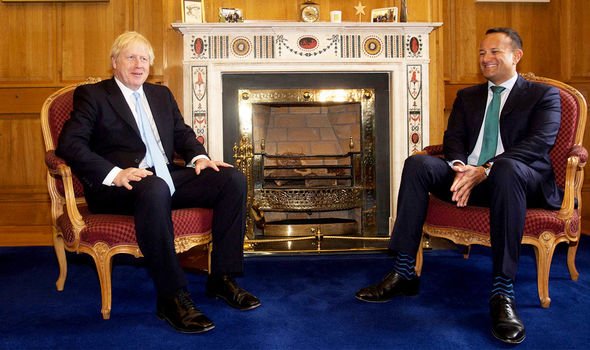 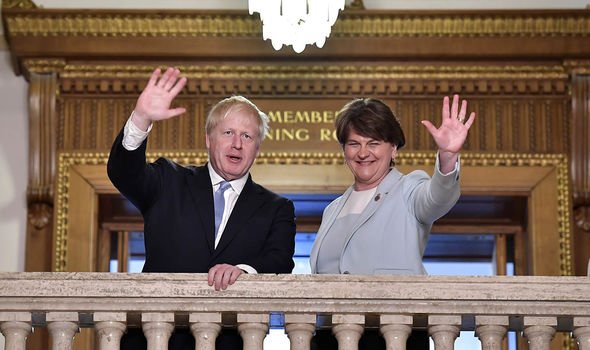 What is the Irish Brexit backstop?

The backstop is a sort of safety net or insurance policy – making sure there won’t be a hard border between Northern Ireland and the Republic.

So, even if the rest of the UK leaves the EU with no trade or security arrangements, there won’t suddenly be border checks and restrictions on the island of Ireland.

At present, goods and services are traded between the two jurisdictions with few restrictions so products do not need to be inspected for customs and standards.

After Brexit, all that could change. TO FIND OUT MORE, CLICK HERE

His proposals, which he believes could see the backstop removed, have been well received by the DUP.

However, Arlene Foster and her team have insisted there must be no divergence in tariffs between Northern Ireland and the mainland.

Speaking after her meeting with Mr Johnson, Ms Foster said: “A sensible deal between the United Kingdom and European Union, which respects the economic and constitutional integrity of the United Kingdom, is the best way forward for everyone.

“We were encouraged by the tone and language in Dublin on Monday.

“During today’s meeting, the Prime Minister confirmed his rejection of the Northern Ireland-only backstop and his commitment to securing a deal which works for the entire United Kingdom as well as our neighbours in the Republic of Ireland.” 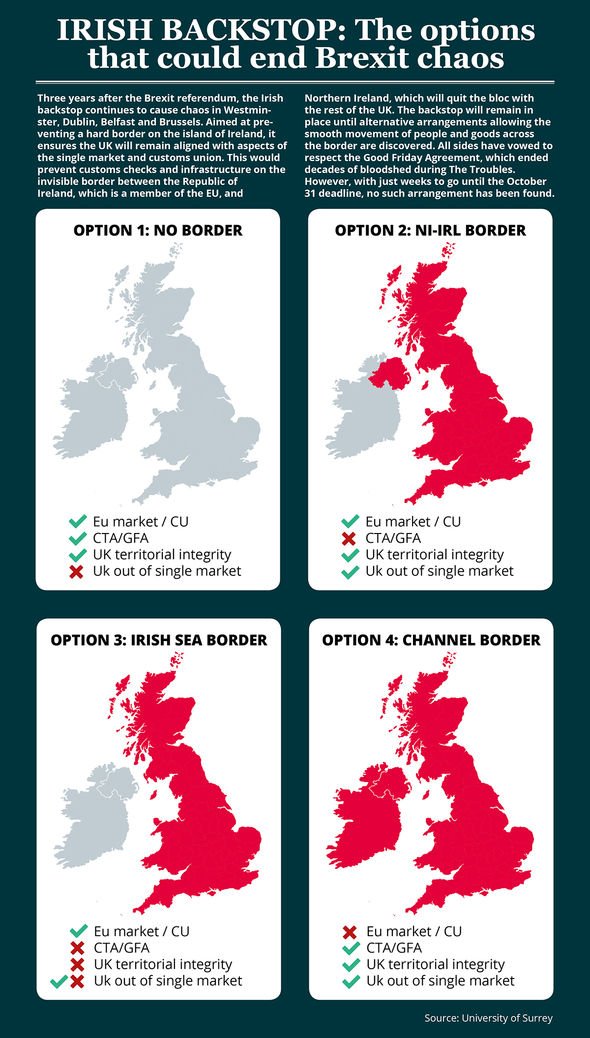 “That is certainly a clear indication of divergence between Northern Ireland and the Republic of Ireland, the EU and the rest of the UK.

“If we can build on that we certainly might get closer to one another in terms of a possible outcome.”

However, Hogan also warned the single agri-food zone was some distance from a final solution to the Brexit impasse.

Mr Hogan added: “It would have to include all goods … in terms of any agreement.” 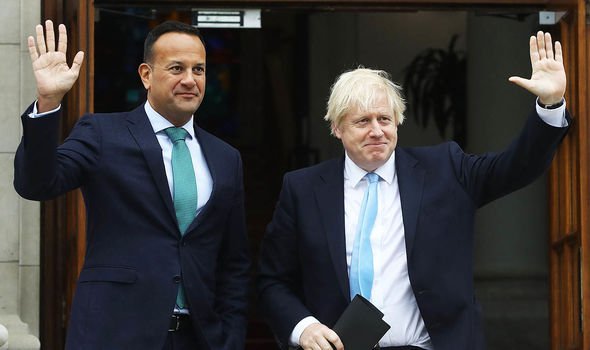 “I remain hopeful that the penny is finally dropping with the UK that there are pragmatic and practical solutions that can actually be introduced into the debate at this stage, albeit at the 11th hour, that may find some common ground between the EU and the UK.

“The Taoiseach has indicated in the last 24 hours that the Northern Ireland-only backstop is quite an interesting idea to revisit.”

But he also claimed the proposals showed Mr Johnson was moving towards the idea of a Northern Ireland-only backstop – something Downing Street firmly denies.

A Downing Street spokesman said: “The Prime Minister is 100 per cent committed to getting a deal which works for the UK – and all of the UK – and abolishes the anti-democratic backstop.”

Girl, 16, suffers horrific burns after father sets her on fire