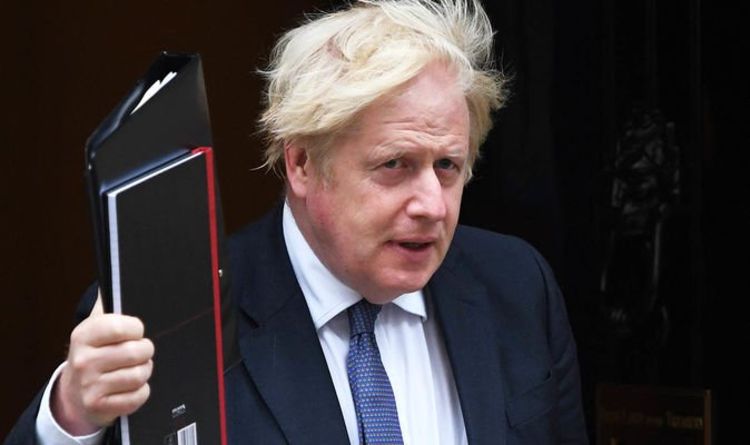 Boris Johnson grilled for being on ‘holidays’ by Angela Eagle

Polling now shows that Boris Johnson’s approval rating has plunged to an all-time low, with 57 percent of the public disapproving of the Prime Minister. Issues including the early handling of the coronavirus pandemic, lobbying scandals, Scottish independence, Brexit, and the Afghanistan crisis are thought to be behind the drop in support for the PM and his Government as a whole.

The latest polling comes from the Politico Poll of Polls, which aggregates data from multiple sources to give a balanced picture of public mood and voting intention.

This figure will ring alarm bells for the PM’s team, with the number soaring by 10 points since the spring.

At his zenith in April this year, Mr Johnson enjoyed a comfortable 67 percent approval rating.

But as the boost in polls from the success of the vaccine drive wears off, it is evident the Prime Minister is losing some of that traction with the public.

While the issues leading to a dip in support like this will vary across the nation, it is becoming increasingly evident that the Government’s handling of the ongoing Afghanistan crisis hasn’t helped.

A recent YouGov poll, published on August 16, showed that two fifths (42 percent) of Britons say it was the wrong decision to withdraw western troops from the region, compared to 28 percent who think it was right to do so.

Mr Johnson faced a barrage of criticism from MPs on all sides over the UK’s role in Afghanistan, in an emergency House of Commons debate on the crisis last week.

Former prime minister Theresa May said it was “incomprehensible” the UK was not doing more to maintain a presence in Afghanistan.

He said: “What we require is the backbone, the courage, the leadership to step forward. Yet when our moment comes such as this, we are found wanting.”

But Mr Johnson said that Nato’s “core mission” in Afghanistan had succeeded.

He said: “It would be fair to say events in Afghanistan have unfolded and the collapse [of the Afghan government] has been faster than even the Taliban themselves predicated.

“What is not true is to say the UK Government was unprepared or did not foresee this.”

But SNP Westminster leader Ian Blackford argued that the future of Afghanistan had “never been so uncertain” and that refugees needed more help.

Liberal Democrat leader Sir Ed Davey branded the Prime Minister a “national liability” who could not “escape culpability for this disaster”.

Polling from YouGov shows that around half of Britons (52 percent) support a resettlement scheme for Afghan refugees fleeing the Taliban.

The Government has agreed to resettle up to 20,000 Afghan refugees displaced by the return of the Taliban over the next few years, but this has been met with scepticism.

Sir Keir said the refugee repatriation target was too small and claimed the 20,000 figure had been “plucked out of the air”.