Biden's support from black voters cut in half after debate: Reuters/Ipsos poll

NEW YORK (Reuters) – Former Vice President Joe Biden, the early front-runner for the 2020 Democratic presidential nomination, has lost support among African-Americans after taking heat on racial issues during the party’s first debate, according to a Reuters/Ipsos poll.

The survey, conducted from Friday to Monday in the days following the debate in Miami, found 22 percent of adults who identify as Democrats or independents said they supported Biden, down 8 percentage points from a similar poll conducted earlier in June.

Support for Biden among blacks, a critical Democratic voting bloc, was cut in half, with about two out of 10 saying they backed President Barack Obama’s former vice president, compared with four out of 10 in the June poll.

African-Americans largely supported Biden when he entered the race for the right to challenge Republican President Donald Trump in the November 2020 election.

But they appeared to be looking elsewhere after Kamala Harris, a U.S. senator from California also seeking the presidency, criticized Biden for opposing mandatory busing to integrate schools in the 1970s and for his cooperation with segregationists while he was a young senator.

The dramatic exchange became a defining moment of the debate and has reverberated in the race. Biden has defended his civil rights record and said Harris mischaracterized his positions.

Harris, the daughter of a black father from Jamaica and an Indian mother, appears to have benefited from her debate performance. Her support rose 4 percentage points to 10 percent in the poll released on Wednesday – the most of any of the more than 20 candidates seeking the nomination.

The poll found Harris now the third most popular candidate for the Democratic nomination, behind Biden and U.S. Senator Bernie Sanders of Vermont, who was backed by about 16 percent of Democrats and independents. Support for Harris, who was fourth in the previous poll, rose with black voters, as well as among women and people who make at least $100,000 a year.

‘SOMEONE WHO CAN BEAT TRUMP’

Harris’ confrontation with Biden showed voters she could throw a figurative punch and effectively run against a revered figure within the Democratic Party, said Christopher Galdieri, a political scientist at Saint Anselm College in New Hampshire.

“The main thing Democrats want in a candidate is someone who can beat Trump,” he said. “They’re not looking at the debates so much to hear about their positions on healthcare or the environment. They’re looking for someone who can go head-to-head with Trump.” 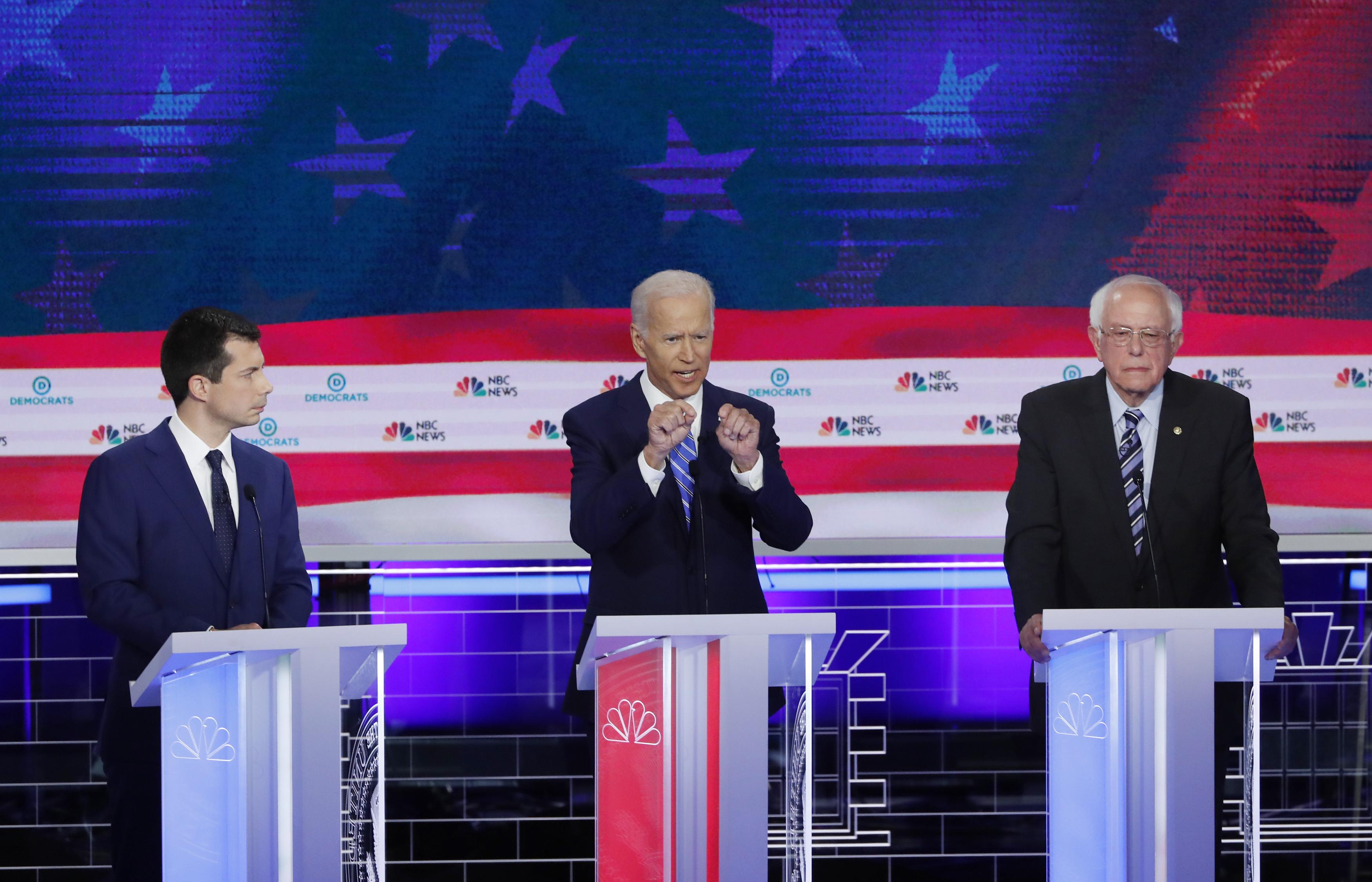 Support for candidates is expected to fluctuate before Democrats begin holding their nominating contests early next year.

Twenty-one percent of all Democrats and independents said they did not know yet which candidate they would support. Among those who had picked a candidate, only about 35 percent said they were “completely certain” they had made up their minds.

The Reuters/Ipsos poll was conducted online in English, throughout the United States. It gathered responses from 2,221 adults, including 1,367 Democrats and independents. It had a credibility interval, a measure of precision, of 3 percentage points.