In all, the plan represents more than five times the climate spending the Obama administration secured in the 2009 American Recovery and Reinvestment Act.

Yet it’s still about five times too small to bring the U.S. economy’s planet-heating emissions down to zero, the level scientists say we need to keep warming in a relatively safe range.

On a private call with activist groups Tuesday evening that HuffPost listened to, White House climate policy czar Gina McCarthy acknowledged that the spending package may disappoint climate advocates hoping to see a more ambitious budget, but said it marked only one area of the administration’s decarbonization plans.

“I don’t know if we’re going to meet your expectations on size, but it’s certainly going to be transformational to our economy,” she said.

The proposal would stretch funding over eight years and amount to spending roughly 1% of the country’s gross domestic product per year. Most estimates say it would take more like 4-5% of GDP, or nearly $1 trillion per year over 10 years, to fully decarbonize the U.S. economy.

Even University of Massachusetts Amherst economist Robert Pollin’s more conservative estimate of 2% of GDP per year ― a figure he came with in part by stretching out the investments over a longer period of time ― was double what Biden has proposed.

Progressives led by Sen. Ed Markey (D-Mass.) and Rep. Debbie Dingell (D-Mich.) announced a $10 trillion counterproposal to the White House plan on Monday called the THRIVE Act, which would pump $1 trillion per year into green infrastructure and care-economy work.

Absent large tax increases and steep cuts to the military’s budget, the Biden administration would need to borrow money to fund that kind of package, just as it increased the federal deficit to pay for its $1.9 trillion pandemic relief bill.

Instead, the White House plan aims to offset its infrastructure spending with relatively modest new taxes in what appears to be a bid to win support from moderate Democrats for whom fiscal discipline is a key political theme.

“Deficit politics are getting in the way of building a more sustainable and resilient economy that works for all,” said Mark Paul, an economist who co-authored the Roosevelt Institute’s paper on U.S. climate spending. “This is not a New Deal for America. This is not Johnson’s Great Society. I wish it were.” 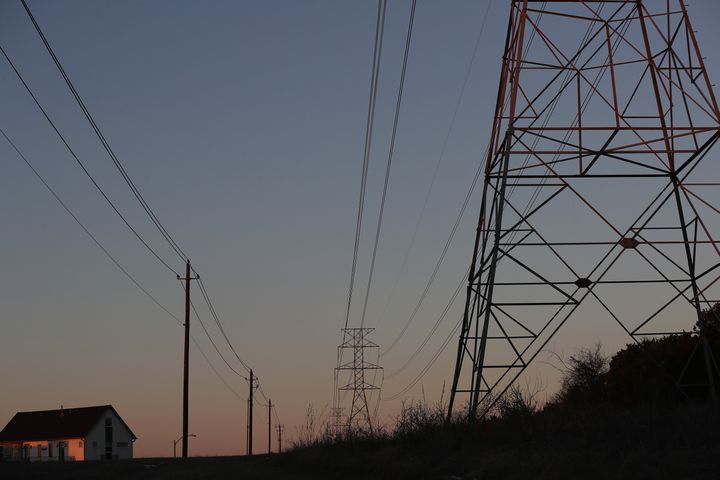 Once a powerful cudgel Republicans used to paint Democrats as wasteful profligates, public understanding of how the federal deficit works has shifted in recent years. Because the federal government ― unlike a state government, a business, or a household ― issues the currency it spends, Congress can authorize as much spending as is needed, particularly when interest rates are low, according to newer macroeconomic research that helped undergird both the Trump and Biden administrations’ relief spending packages.

That research shows that the biggest risk of putting too much money into the system is inflation. Taxes, far from providing the cash the federal government needs to justify its spending, instead help control inflation by taking money out of circulation and keeping buyers bidding up prices.

Yet the old way of thinking about the deficit still holds sway with Biden. During transition talks, according to one source familiar with the president’s approach, Biden repeatedly indicated he supported deficit spending for emergency relief, but not for proactive federal investment.

A White House spokesperson did not respond to HuffPost’s email requesting comment.

“The worst mistake we could make right now would be to let concerns about the state of the economy — overheating, inflation, the deficit — convince people to do less than what Biden is proposing,” said J.W. Mason, an associate professor economics at the John Jay College of Criminal Justice and a fellow at the Roosevelt Institute. “That would be a disaster, a terrible mistake.”

Earlier this month, Sen. Joe Manchin (D-W.Va.), the key swing vote in a Senate split 50-50 along partisan lines, told reporters he wanted an “enormous” infrastructure bill, but said Congress should do “everything we possibly can” to pay for it, including making “tax adjustments.”

The wealth tax Sen. Elizabeth Warren (D-Mass.) proposed this month would tax households and trusts worth between $50 million and $1 billion at 2%, and add another 1% surtax on those exceeding $1 billion. The tax would affect just 100,000 U.S. households and raise $3 trillion over the course of a decade, according to analysis by University of California, Berkeley, economists Emmanuel Saez and Gabriel Zucman.

The White House infrastructure proposal does not include a wealth tax. But it does call for reversing some of the 2017 tax cut law Republicans passed and raising taxes on corporations from 21% to 28%. It also takes steps to discourage companies from listing tax havens as their addresses and writing off expenses to offshore entities. Zucman called it “an ambitious first step.”

“This is an inflection point — and hopefully the beginning of a longer-term cycle of government investment and increases in tax progressivity,” he said in an email.

Wall Street analysts saw the package less as a climate bill than an infrastructure overhaul that included some green provisions.

“This is really rebuilding aging infrastructure, though he has also said that advancing environmental policy and getting to a net-zero power sector by 2035 is also a priority,” said Scott Levine, a senior energy and industrial analyst at the investment research firm Bloomberg Intelligence. “But those are different objectives.”

The proposed spending on housing offered one of the starkest examples of where advocates say the package falls short of what’s needed.

While U.S. Energy Information Administration data show that one-third of Americans can’t afford their utility bills, the plan pledges to “produce, preserve, and retrofit more than a million affordable, resilient, accessible, energy efficient, and electrified housing units” ― less than 1% of the housing stock. The proposal also offers $20 billion worth of tax credits over the next five years to build or rehabilitate about 500,000 homes, a line item that’s significantly smaller than the over $30 billion per year the federal government spends subsidizing mortgages.

“Biden’s housing plan has nice rhetoric but its lack of ambition is catastrophic—squandering a once-in-a-generation moment,” Daniel Aldana Cohen, a sociologist and climate policy expert at the University of Pennsylvania, wrote in a series of tweets. “This plan is a drop in the bucket.”

On the Tuesday conference call, McCarthy urged advocates to “hype” the infrastructure package, warning that criticism may splinter support in Congress and pare down the ambition of what it does include. One advocate responded by stating: “I don’t feel hyped up.”

“Let’s be really smart and let’s just talk about how great it is to have a president that goes out as far as this,” McCarthy said. “Then we’ll argue and fight and debate and push amongst ourselves. But all of us will see our ideas in this. You will see what you proposed.”

McCarthy’s deputy Ali Zaidi also said the package was just “the beginning of the race.”

Among the more far-reaching provisions in the president’s proposal was a call for Congress to pass a clean energy standard mandating the country produce all its electricity from carbon-free sources by 2035. It also calls for targeting 40% of the benefits of clean energy and climate investments toward some of the poorest and worst-polluted parts of the country, in communities disproportionately populated by Black, Latino, and other nonwhite Americans.

“Today in Pittsburgh, President Biden will tell America it’s time to go big and bold on building a new economy run on 100% clean energy,” Jamal Raad, the executive director of Evergreen Action, said in a statement. “This is just the tip-off, and now the ball is in Congress’ court.”