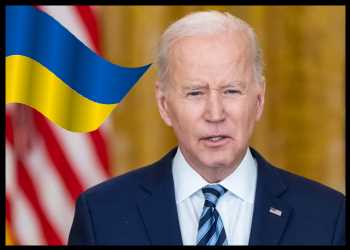 The “Ukraine Democracy Defense Lend-Lease Act of 2022” provides the U.S. President more authority to lend or lease defense articles to Ukraine or other Eastern European countries.

“I’m signing a bill that provides another important tool that directly supports the government of Ukraine and the Ukrainian people and their fight to defend their country and their democracy against Putin’s brutal war,” Biden said from the Oval Office.

He thanked members of Congress for getting this bill passed. The bill passed the Senate unanimously on April 6 and the House of Representatives on April 28.

“This Lend-Lease Act is landmark legislation to help the people of Ukraine stop Putin’s barbaric invasion and bring peace back to Europe,” said Spartz, who is the first Ukraine-born member of U.S.Congress. “It is also a great gesture to commemorate WWII Victory Day when so many people paid a very high price,” she added.

On May 9, 1950, just years after the end of World War Two, Europe began to work to strengthen the bonds of unity among the nations, particularly the economic unity and the shared economic prosperity. The idea ultimately grew into a 27-nation political bloc – the European Union.

The new law allows Ukraine to request streamlined transfers of U.S. weapons and other security assistance. The U.S. will get guarantees that the country will replace or reimburse the assets in future.

It temporarily waives certain requirements related to the President’s authority to lend or lease defense articles if it is intended for Ukraine’s government or the governments of other Eastern European countries affected by Russia’s invasion of Ukraine.

The United States is the biggest provider of financial and military aid to Ukraine in support of the country’s dogged fight against Russian invasion.