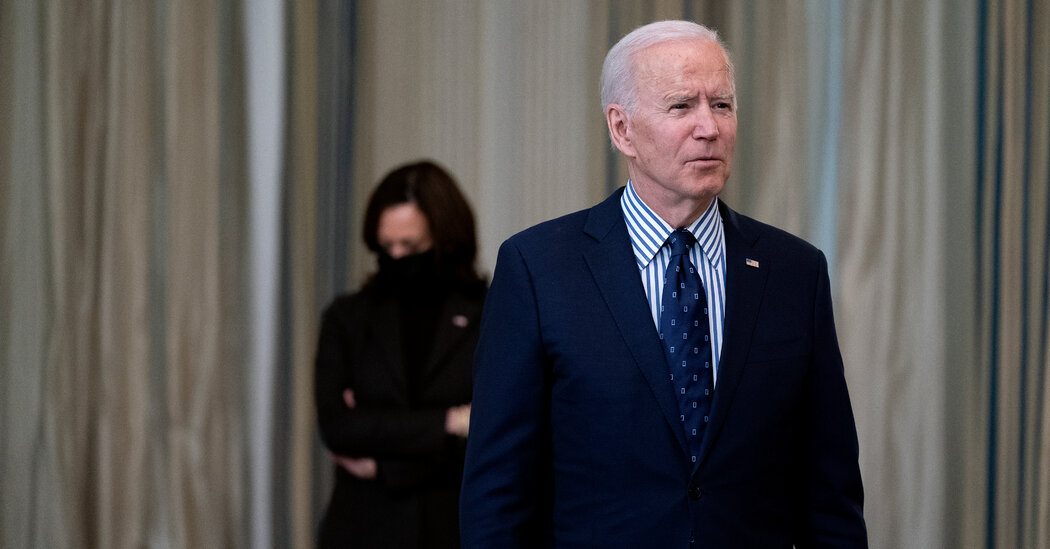 President Biden, targeting Trump-era policies that established rules for how college campuses investigate sexual violence, will on Monday order the Department of Education to reassess this and other regulations issued under Title IX, a 1972 law that prohibits sex-based discrimination in federally funded schools.

Mr. Biden, who has promised since his campaign to reassess a number of the former administration’s education policies, has long vowed to dismantle rules that afforded greater protections to students accused of sexual assault. The effort was a signature policy change by the Education Department under President Donald J. Trump. It also reversed sweeping changes, made in favor of protecting victims, to Title IX made under the Obama administration.

Miguel Cardona, the new education secretary, will be directed to suspend, revise or rescind changes made to Title IX, administration officials familiar with Mr. Biden’s plans said on Sunday evening.

The review will also seek to assess rules that could allow “discrimination on basis of sexual orientation or gender identity,” an official said. In January, the administration retracted its support for a Trump-era lawsuit seeking to block transgender students from participating in girls’ high school sports.

Mr. Biden is also expected on Monday to issue an executive order formally establishing the creation of a White House council on gender equity, an effort that was dismantled during the Trump administration.

Officials on the Gender Policy Council will be required to submit a governmentwide strategy for advancing gender equity directly to the president, according to an official familiar with the planning who spoke on the condition of anonymity on Sunday evening.

The council will be co-led by Julissa Reynoso, chief of staff to Jill Biden, the first lady, and Jennifer Klein, a former senior adviser to Hillary Clinton when she was first lady. The team will have four other officials, including senior advisers who focus on policies to prevent gender-based violence and on promoting equity for Black, Latina and Indigenous women and girls.

Mr. Biden is expected to detail his directives in a speech on Monday afternoon to celebrate International Women’s Day. Earlier in the day, he is scheduled to visit a veteran’s health center with Denis McDonough, the Veterans Affairs secretary. One of Mr. Biden’s first acts in office was to sign an executive order that established gender identity and sexual orientation as protected classes under federal discrimination laws.